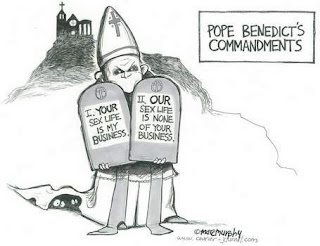 The Inescapable Link Between Homosexuality and Pedophilia: A German cardinal, Cardinal Walter Brandmüller, is in a lot of trouble for pointing out the obvious: the problem in today’s Catholic Church is homosexuality and it’s inescapable link to pedophilia.

The sexual abuse of boys by Catholic clergy is now a mushroom cloud hanging over the Church, threatening its stability and its future. The issue burst into the open with the revelation in the summer of 2018 that six dioceses in Pennsylvania had been covering up at least 1,000 instances of child sexual abuse by hundreds of priests over the course of decades.

A study commissioned by the German Bishops Conference and published last year “found that more than 3,600 children were sexually abused by Catholic clergy in Germany between 1946 and 2014.”


Cardinal Brandmüller was a bit too quick to deflect blame from the Church itself, by blaming the whole problem on homosexuality. But the Church invited this scandal when it began allowing homosexuals to enter its seminaries in the 1960s. They did so because of the difficulty of recruiting young men into the priesthood who quite naturally wanted to marry and have families.

As more and more homosexuals flooded seminaries and then went into the priesthood, a culture of homosexualtiy was fostered in the church with all its attendant pathologies. One pathology that LGBT activists will not acknowledge is the unmistakable connection between homosexuality and pedophilia.

The American Professional Society on the Abuse of Children stated flatly that “the vast majority of the offenders are male.” (The information in these paragraphs is found in the publication, “The Top Ten Myths About Homosexuality” from the Family Research Council.)

This fact is particularly disturbing. Homosexuals comprise just two percent of the population, yet are responsible for 33% of all child sexual abuse. They offend against children at 16 times the rate of the normal population. The Archives of Sexual Behavior, in a study of 229 convicted child molesters, found that “eighty-six percent of offenders against males described themselves as homosexual or bisexual.” 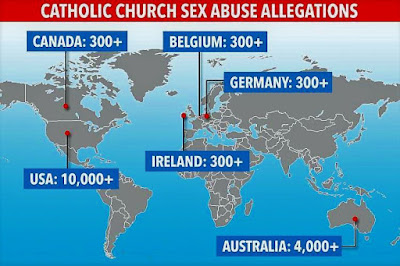 Thus it comes as no surprise to discover that research into the priesthood scandal in the Church reveals that 81% of the victims of clergy abuse are young boys. Now this is most certainly not to say that every priest or even most priests are pedophiles. The great majority, of course, are not. But some, in fact too many, are and that’s the problem.

Fortunately, the Catholic Church for the first time seems to be taking firm steps to deal with this, by making men with same-sex proclivities ineligible for the priesthood. If they had established this standard in 1960, thousands upon thousands of children would have been spared the life-altering trauma of sexual abuse.

The Church is also taking the first tentative steps to allowing married priests. An unmarried priesthood is a practice that dates only from the 14th century and does not go back to the beginning of the Church. There’s nothing biblical or apostolic about it. The Church must make this move soon, because this scandal could take the Church down.

If the Church needs inspiration for the change, they need only look at the man they consider the first Pope, the Apostle Peter. He was a married man, who had a mother-in-law whom Jesus healed from a fever and a wife with whom he traveled in his apostolic journeys.

Bottom line: if the first “pope” could be married, every priest after him should have the same privilege. The Church will be stronger, priests will be happier, and children will be much safer. 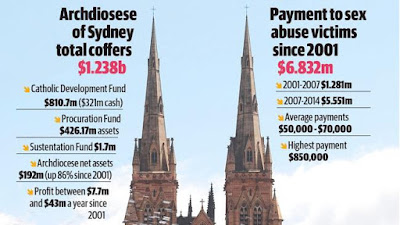