(Thomas Di Lorenzo’s article from The LEW ROCKWELL on 05 January 2019.) 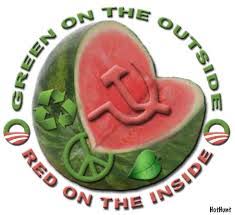 “Green” Socialism is Still Socialism: Upon taking control of the U.S. House of Representatives the first thing America’s Marxist Party did was to propose a Soviet-style, communistic destruction of American capitalism labeled a “Green New Deal.”

The Party chose as its spokesperson for this totalitarian venture a young woman named Sandy Ocasio who grew up in one of the wealthiest enclaves in America, Westchester County, New York, but who decided to lie about this to get into politics by calling herself “Alex from the Bronx.”

Sandy sounds like a poorly-educated-but-well-indoctrinated young communist with a ninth-grade mentality.  She proudly labels herself a “democratic socialist” but as Ludwig von Mises explained, there really is no difference between communism and socialism: they are both attacks on private property and economic freedom.
She seems clueless about just about everything she talks about in public, whether it is the Constitution, especially the economy, the structure of government, history, etc.  This is the person the American Marxist Party has chosen as its front person in its proposal to destroy American capitalism, prosperity, and the American dream forever—and to give itself totalitarian control over virtually all aspects of American life.


The first thing to understand about the proposed “Green New Deal” is that the first New Deal not only failed to end the Great Depression but made it more severe and longer-lasting.  Its only “success” was in creating endless patronage opportunities and levers of political bribery and extortion for the Democratic Party, opportunities that the Republican Party happily embraced whenever it could to expand its own power and wealth in the succeeding decades.  The proposed Green New Deal would do the same, only many orders of magnitude worse.

Failure of the First New Deal

Personal consumption expenditures were still lower in 1940 ($71.9 billion) than in 1929 ($78.9 billion).  All of this despite eight years of unprecedented New Deal “stimulus spending,” regulating, controlling, subsidizing, lending, inflating, price-controlling, and taxing.

The New Deal was an utter failure to the American people.  Economists Richard Vedder and Lowell Gallaway estimated in their book, Out of Work, that the unemployment rate was eight percentage points higher in 1940 than it otherwise would have been without New Deal minimum-wage and pro-union legislation alone.

Nor did World War II end the Great Depression.  It ended high unemployment only because some 16 million men were sent overseas during the war.  Sending a man to die in a foxhole in Germany is not the same as that man going to work in his own country and returning home to have dinner with his family every evening, contrary to Keynesian folklore about how the war supposedly “ended the Great Depression.”

The average American family back at home was even worse off because of the massive diversion of resources from the consumer and business side of the economy to the government’s military infrastructure.  The production of new automobiles and other products was made illegal, food was rationed, and everyone sacrificed even more.

The Great Depression did not really end until after the war was over and the army was demobilized, returning billions of dollars of resources to the private sector. Federal government expenditures fell from $98.4 billion in 1945 to $33 billion in 1948.  As a result, the year 1946 was the most prosperous year in all of American history in terms of the growth of the private components of GDP:  private consumption and investment spending increased by 30% in that one year; no other year has ever been remotely close to that growth rate.

Keynesian economists predicted another Great Depression because of the two-thirds reduction in federal spending while the exact opposite happened.  That should have discredited Keynesianism forever, but the Washington establishment just ignored or lied about this fact, as it does to this very day.

It took some seventy years, but the “mainstream” of the economics profession finally caught on to this truth, a truth that was recognized by Austrian School economists all along.  In an August 2004 article in the prestigious Journal of Political Economy by Harold Cole and Lee Ohanian entitled “New Deal Policies and the Persistence of the Great Depression” the authors concluded that “New Deal . . . policies did not lift the economy out of the Depression . . . the abandonment of these policies coincided with the strong economic recovery of the 1940s”

Nevertheless, the New Deal was a political power bonanza for FDR and his fellow Democrats.  According to a 1938 Official Report of the U.S. Senate Committee on Campaign Expenditures it was routine for the Roosevelt administration to demand that recipients of government make-work jobs, of which there were millions, register and vote as Democrats.

As Jim Couch and William Shughart wrote in The Political Economy of the New Deal, “The distribution of the billions of dollars appropriated by Congress to prime the economic pump was guided less by considerations of economic need than by the forces of ordinary politics.”

For example, the nation’s number one economic problem was the South, but since the South was solidly Democratic it received relatively little New Deal spending compared to other regions where FDR needed the votes.  And, “The states that gave Franklin Roosevelt larger percentages of the popular vote in 1932 were rewarded with significantly more federal aid than less-supportive constituencies.”  What else would anyone expect?

American socialists have always searched for deceptive euphemisms for socialism with which to disguise their totalitarian plans for the rest of us.  “Liberal,” “progressive,” “economic democracy,” “liberation theology,” “social justice,” and “industrial policy” are just a few examples.  “Green New Deal” is the latest manifestation of this political con game.

What has been proposed is nothing less than the destruction of the fossil-fuel-based energy industries which have long been the lifeblood of capitalism.  All houses and businesses are to be “upgraded” in terms of their energy use by thousands, or tens of thousands, of government bureaucrats who would presumably go door to door to enforce the state’s energy-use mandates.

There are vague promises of replacing the entire power grid with “renewable energy sources” such as windmills and solar panels.  It all sounds very much like a middle-school paper assignment for an “environmental ethics” class.  I would not be surprised to learn that Sandy Ocasio took such a class and wrote such a paper in the Westchester County public schools. 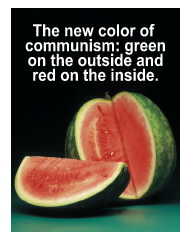 The entire U.S. economy would be “planned” by a fifteen-member congressional committee, Soviet style.  There is no acknowledgment at all of the failures of socialist planning everywhere else in the world; of the well-known economic reasons for these inherent failures; or of the fact that all the countries of the world that touted “planning” in the twentieth century have abandoned it, and for good reason.

It is a recipe for turning America into a Third World economic hellhole, in other words, to be completed “in ten years” according to the published plan.  Free-lunch economics pervades the plan, promising everyone a job and a “living wage” and of course, an end to economic inequality through ever more income redistribution schemes.  But not to worry, say the Marxist planners, it will all be paid for by the Fed, a new system of “government banks,” and higher taxes.  Simple.

(Thomas J. DiLorenzo is professor of economics at Loyola University Maryland and the author of The Real Lincoln; How Capitalism Saved America; Lincoln Unmasked; Hamilton’s Curse; Organized Crime: The Unvarnished Truth About Government; and most recently, The Problem With Socialism.)