Sweden Refused To Lockdown: Others Are Following 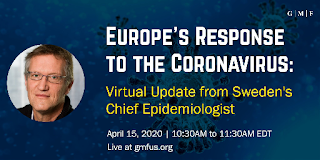 Sweden Bucked Conventional Wisdom, and Other Countries Are Following: No lockdown, no shuttered businesses or elementary schools, no stay-at-home. And no disaster, either. Spring is in the air, and it is increasingly found in the confident step of the people of Sweden.

With a death rate significantly lower than that of France, Spain, the U.K., Belgium, Italy, and other European Union countries, Swedes can enjoy the spring without panic or fears of reigniting a new epidemic as they go about their day in a largely normal fashion.

Dr. Mike Ryan, the executive director of the World Health Organization’s Emergencies Program, says: “I think if we are to reach a new normal, I think in many ways Sweden represents a future model — if we wish to get back to a society in which we don’t have lockdowns.”


The Swedish ambassador to the U.S., Karin Ulrika Olofsdotter, says: “We could reach herd immunity in the capital” of Stockholm as early as sometime in May. That would dramatically limit spread of the virus. A month ago, we first wrote about Sweden’s approach, which we said “relies more on calibrated precautions and isolating only the most vulnerable than on imposing a full lockdown.”

A fortunate constellation of circumstances ensured that Dr. Anders Tegnell, the chief epidemiologist of Sweden, was in charge of that country’s response to the COVID-19 pandemic, despite the misgivings of many Swedish politicians and foreign observers. Tegnell heroically bucked the conventional wisdom of every other nation and carefully examined the insubstantial evidence that social-isolation controls would help reduce COVID-19 deaths over the full course of the virus.

As Tegnell told NPR in early April: “I’m not sure that there is a scientific consensus on, really, about anything when it comes to this new coronavirus, basically because we don’t have much evidence for any kind of measures we are taking.” Well, a month later we now know more.

Myth No. 1: Sweden’s policy was not carefully thought out or well considered. 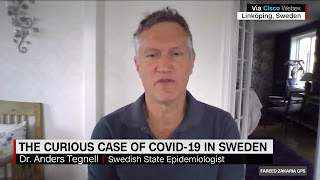 The number of cases in Sweden and other countries is still rising, but in Sweden one-third of intensive-care beds remain empty. Tegnell has looked at other nations that are loosening their lockdowns. “To me it looks like a lot of the exit strategies that are being discussed look very much like what Sweden is already doing,” he told Canada’s Globe & Mail.

Tegnell and his colleagues recognized that the decision to shut down a country was not solely a medical decision based only on the virus The economic costs and health impacts caused by lockdowns are enormous, they realized, so they factored into their analysis the broader societal effects of any restrictions. The saw, for instance, that there is no evidence that children easily transmit the virus. Tegnell told NPR:

We look at other consequences for public health, like closing schools. That causes enormous problems, not least for the health of the children. I mean, children that already are disadvantaged, if you close down the schools, this is the one good thing they have sometimes in life. This is where they get their food. This is where they get their social context. So closing schools is not a good thing.

Jan Albert, a professor in the Department of Microbiology, Tumor, and Cell Biology at Sweden’s Karolinska Institute, told CNN that strict lockdowns “only serve to flatten the curve, and flattening the curve doesn’t mean that cases disappear — they are just moved in time.” He added: “And as long as the health-care system reasonably can cope with and give good care to the ones that need care, it’s not clear that having the cases later in time is better.”

Myth No. 2: Sweden did much worse than the U.S. or other countries in managing COVID-19 cases and deaths.

Tegnell admits that his country failed to contain the initial outbreak in crowded senior homes. “Something like 50 percent of our death toll comes from the rather small population living in care homes,” he said. “We know that we have had a problem with the elderly homes, this has been a discussion for years.”

As elsewhere, Swedish COVID-19 deaths are overwhelmingly among the frail elderly and those with serious chronic disease. Over half of Swedish deaths are in nursing homes. Of those who died, 90 percent were over 70 and half were over 86, with just 1 percent younger than 50. 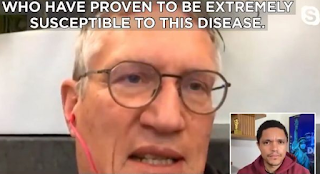 It is ironic that half of the Swedish deaths are in people over the age of 86. Life expectancy in Sweden is 83, whereas it’s 79 in the U.S., so it isn’t surprising that there are relatively more frail elderly in Sweden.

Out of every 100,000 births, about 10,000 more Swedes are still alive at age 85 than Americans are, so Sweden’s slightly higher COVID-19 death rate, compared with ours, mostly reflects the fact that a larger percentage of Swedes live well past 79.

So, on an age-adjusted basis, Sweden has done significantly better than the U.S. in terms of both cases per million and deaths per million — and with no lockdowns.

Myth No. 3: Sweden’s relatively low number of intensive-care beds would spell disaster for its response to the virus.

Initially, the main justification for the global lockdowns was that they were necessary to prevent a crush of patients from overwhelming hospital intensive-care units. But Sweden has shown that shutting down the economy and essentially imprisoning the young and healthy are not necessary to avoid ICU overcrowding.

Despite no lockdowns and few social-isolation controls other than proper spacing in restaurants and a ban on gatherings of more than 50 people, the Swedish hospital system never experienced anything remotely like the crush of ICU patients in Italy, Spain, and New York City. Sweden’s ICU COVID-19 patient census (updated nationwide daily) peaked in early April, with about 50 new admissions daily. Now it is gradually declining to about 35 new ICU cases a day.

Unlike its Nordic neighbors and everywhere else, Sweden doesn’t have to worry about when to reintroduce its “vulnerable” isolated population to social mixing and risk their exposure to the virus. That has been already happening naturally and has generated a defensive reservoir of population viral resistance to COVID-19 that puts it — just like SARS, MERS, and the seasonal flu — in Sweden’s rearview mirror.

Sweden doesn’t have to worry about when and how to end social isolation. They don’t have to decide who to keep locked down and who to let out. They don’t have to get into civil-liberty arguments over involuntary restrictions or whether to fine people for not wearing masks and gloves.

Of course, Sweden paid a price during the pandemic. But whatever price the Swedes paid for their COVID-19 policy, they will tell you it was worth it. And it is easy to figure out that price. They never cratered their economy or blocked nonemergency surgeries. They had more deaths than their Nordic neighbors, but nothing even close to the 650 deaths per million the U.S. suffered during the 1968 Hong Kong flu, a pandemic that was handled with few social-isolation controls and no lockdowns.

Now many countries and U.S. states are beginning to follow Sweden’s lead. But California and other states continue to pile up isolation-induced health costs and blow gigantic holes in their budgets with lockdowns that, nationwide, have generated more than 30 million newly unemployed. 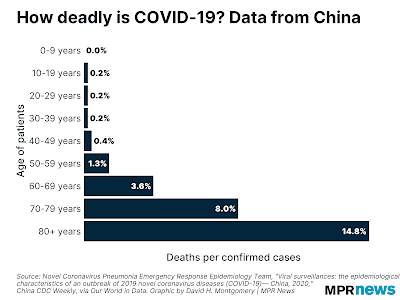 Sweden stoked controversy with its lockdown strategy which only encouraged people to avoid non-essential travel, work from home and stay indoors if they are over 70 or are feeling ill. As we covered here, the Government’s advice to aged care homes was that staff should not wear masks or use Personal Protective Equipment (PPE) unless they are dealing with a resident in the home, they suspect is infected – and that staff should stay home if they detect any symptoms in themselves.

Statistics from the National Board of Health and Welfare published this week showed that of those aged 70-plus who died of the virus – 90% of the total deaths – around 50% lived in some form of special housing, while 25% had home carers. “We never really calculated with a high death toll initially, I must say,” he said. “We calculated on more people being sick, but the death toll really came as a surprise to us.”

Like many other countries, Sweden had instituted a national ban on visits to aged care homes on 30 March, but in Stockholm alone, over 200 of its 400 aged care homes reported at least one case of the virus. “It’s very difficult to keep the disease away from there,” he said. “Even if we are doing our best, it’s obviously not enough.”

Surveys by the regional infectious disease units in both Stockholm and the neighbouring Sörmland regions suggest the high infection rate was a result of the difficulty in ensuring safe distance between residents – many of whom have dementia – and the need for staff to stay home from work with the slightest respiratory symptoms – because many who tested positive were asymptomatic.

However, Dr Tegnell denied the Government had put less value on the lives of its elderly. “We are not putting anybody’s lives above everybody else’s lives – that’s not the way we’re working.” 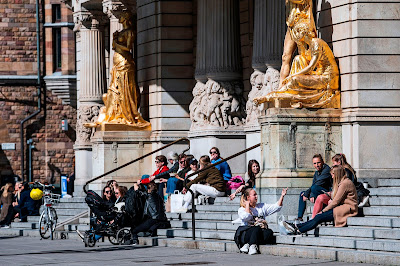 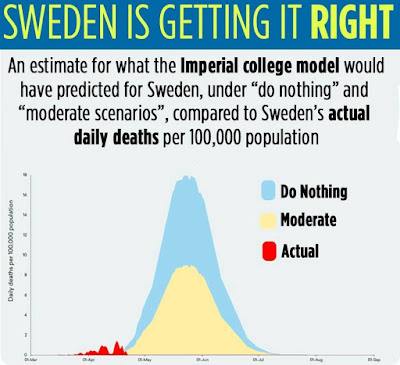