(Rita Beamish's article from The San Francisco Chronicle on 17 May 2020.) 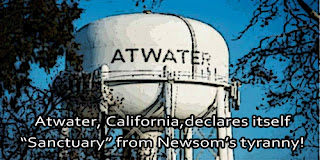 Craig Arnold replaces a micro sprinkler head after taking it out for a demonstration in a block of almonds trees he manages March 6, 2014 near Arnold Farms in Atwater, Calif. Arnold is a partner in the family farm with his Uncle Glenn Arnold and father, Bill Arnold. Today the family farms about 800 acres of almonds and about 400 of peaches, sweet potatoes, squash and wheat.

This year Arnold estimates that Merced Irrigation District may only allot 6 inches of water per acre for one crop as opposed to the normal 30-40 inches allotted in normal years. Because of this, Arnold is anticipating having to draw from the farm's wells, tapping into the ground water, to make up the difference.

They're also planning on allowing most of the squash and sweet potatoes to fallow, so they can use the water for the almonds and peaches. Almond trees can survive without water, but it can take years for them to recover back to full production.


The rural Central Valley city of Atwater has declared itself a “sanctuary city” for businesses and churches that want to reopen in defiance of the California shelter-in-place policy aimed at curbing the spread of the coronavirus.

The City Council heard from a parade of business owners, pastors and residents on Friday who described pandemic-related hardships. Many insisted they could be responsible and keep the community safe by following safe practices like wearing face masks and keeping social distance.

A tearful Donald Covington, president of the Old Town Atwater Association, said businesses need to get up and running. “People are starving. Two family members have two small businesses, with small children and no income,” he added. “We need to do this today.”

“If they don’t open up, they’re going to be in a really bad state, and we’re going to have bankruptcies and foreclosures and we’re just going to have families that are decimated financially,” said Chamber of Commerce President Don Borgwardt, who is also a local pastor and made a plea for people to be allowed back inside houses of worship.

Resident Caleb Hampton — a lonely voice for upholding the shelter order — said there was little proof people would be responsible in protecting public health, as evidenced by those attending the council meeting, most without masks, including the council members and staff. (Hampton wore a mask.)

“How many people came up and touched this lectern and then was it ever disinfected?” he said. “The council has pressed this narrative that small businesses can be responsible to implement these guidelines on their own. ... But I don’t see evidence of that in daily activities even here.”

Like many rural areas, however, Atwater — which has nearly 30,000 residents — is frustrated with Gov. Gavin Newsom’s phased reopening schedule, with the job losses that have accompanied the weeks of closures of nonessential businesses.

Council members applauded those who pressed for reopening, and without discussion voted unanimously to approve the resolution “affirming the city’s commitment to fundamental constitutional rights and declaring the city of Atwater a sanctuary city for all businesses.” Council members said the measure also pplied to churches.

“It’s time to do the right thing and listen to the people who put us here,” Mayor Paul Creighton said. “We want you guys to survive and thrive. It’s really critical that the electeds in this country and especially this state start listening to you.”

Creighton told the Merced Sun-Star that while the city would take no action against anyone who reopened outside the state’s guidelines, local businesses were taking their own risks by reopening. “If you do have a state (business) license, that’s between you and the state of California,” he said.

Merced County, home to Atwater, has recorded 200 coronavirus cases and six COVID-19 deaths. On Saturday, the county sheriff, Vernon Warnke, posted on Facebook that he will not be taking any enforcement action in this county for any of the COVID-19 ‘violations.’ “The citizens themselves can make informed decisions on how to proceed and protect their lives and livelihood and not the governor of a state,” he wrote. 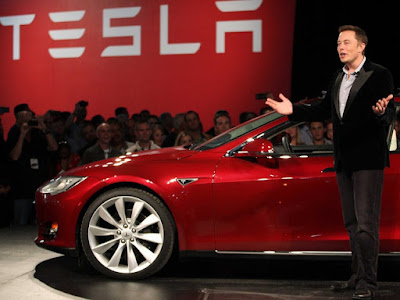 If there was any question about what Tesla Chief Executive Elon Musk thinks about the stay-at-home orders that are meant to slow the spread of coronavirus, and which have shuttered businesses such as his company’s vehicle production plant in Fremont, he has erased any possible doubt on the subject.

Musk lashed out about the orders late Wednesday, saying that by imposing shelter-in-place edicts that cover California and many other states, local and national politicians  are “forcibly imprisoning people in their homes against all their constitutional rights.” Musk made his comments during conference call with Wall Street analysts to discuss Tesla’s first-quarter business results.

Musk was also speaking just days after the shelter-in-place orders that cover six Bay Area counties, including Alameda County, where Tesla’s Fremont plant is located, were extended from May 3 until at least the end of the month. Tesla’s vehicle production facility was deemed to not be an essential business when the orders went into effect, and has remained closed since late March.

Among Musk’s comments were him saying that keeping Tesla’s Fremont factory closed was “a serious risk,” and asking if the government was “right to infringe upon people’s rights as what is happening right now.” Musk also said the shelter-in-place edicts were equal to “forcibly imprisoning people in their homes, against all their constitutional rights.”

Musk went on to say that while his statements were only his own opinions, he called the societal lockdowns “an outrage,” said it was “fascist” for governmental officials to say people will be arrested if they leave their homes.