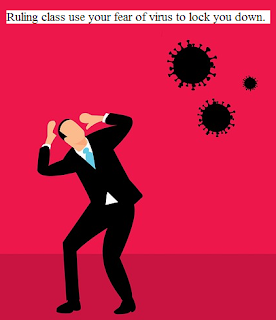 IT WASN’T THE “VIRUS” THAT CRASHED THE ECONOMY, IT WAS THE PEOPLE WHO OBEYED: Most atrocities in human history have all been committed by individuals and agents of government who were “just following orders” or “just obeying the law.”  The virus didn’t give any orders. It was the people who obeyed the commands of tyrants that crashed the economy and ruined the livelihoods of others.

Most human beings still think like slaves.  Instead of asking questions or using critical thinking skills to ask if something is right before doing it, they simply obey perceived “authority”.  The truth is, this lockdown is the fault of everyone who complied and everyone who used force to exact revenge on those who disobeyed.  It was the same in all tyrannical takeovers in history.

The mainstream media keeps blaming the economic devastation on the coronavirus, but it wasn’t the fault of a virus.  It was the fault of the government and the slave mentality of the police and the public willingly obeying their commands.


Mainstream media outlets are still trying desperately to spin the narrative and fault the “invisible enemy” for the very real toll on human life the government’s overreaction has already caused.  This is nothing more than propaganda, and once you pick it up, you’ll be able to see it.  The media doesn’t want you to put the blame where it belongs and figure things out for yourself, so they hide behind deception headlines that will keep you in fear of COVID-19 as long as possible.

This is all a part of the larger plan to keep the public panicked about a virus and looking the other way when the tyrannical boots of the state come down on them.  We know this is what the media does, and we know they are doing it to keep the ruling class in power and the public panicked and in a constant state of fear so they will comply with any and all enslavement measures.

Larken Rose, the author of Most Dangerous Superstition, lays out just how horrifyingly devastating it is for humans to remain unevolved to the point that they will not say “no” to an immoral command. The primary threat to freedom and justice is not greed, or hatred, or any of the other emotions or human flaws usually blamed for such things.

Instead, it is one ubiquitous superstition that infects the minds of people of all races, religions, and nationalities, which deceives decent, well-intentioned people into supporting and advocating violence and oppression. Even without making human beings one bit more wise or virtuous, removing that one superstition would remove the vast majority of injustice and suffering from the world.

Instead of just blindly obeying the commands, think about it and ask if what you are doing is right. Do you have the moral right to take the rights of others? Applying even the most minimal amount of critical thinking to something can usually get people to what is right.

But you have to be willing to take a look at yourself, and correct your mistakes yourself, and take responsibility for your own actions. Which is exactly why most Americans won’t.  Blaming a virus and blindly obeying the ruling class and it’s foot soldiers is much easier than critical thinking.

One of the most famous studies of obedience in psychology was carried out by Stanley Milgram, a psychologist at Yale University. He conducted an experiment focusing on the conflict between obedience to authority and personal conscience.

Milgram examined justifications for acts of genocide offered by those accused at the World War II, Nuremberg War Criminal trials. Their defense often was based on "obedience" - that they were just following orders from their superiors.

The experiments began in July 1961, a year after the trial of Adolf Eichmann in Jerusalem. Milgram devised the experiment to answer the question: Could it be that Eichmann and his million accomplices in the Holocaust were just following orders? Could we call them all accomplices?"

Milgram wanted to investigate whether Germans were particularly obedient to authority figures as this was a common explanation for the Nazi killings in World War II. Milgram selected participants for his experiment by newspaper advertising for male participants to take part in a study of learning at Yale University. 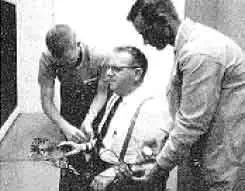 Procedure: Volunteers were recruited for a controlled experiment investigating “learning” (re: ethics: deception).  Participants were 40 males, aged between 20 and 50, whose jobs ranged from unskilled to professional, from the New Haven area. They were paid $4.50 for just turning up. At the beginning of the experiment, they were introduced to another participant, who was a confederate of the experimenter (Milgram).

They drew straws to determine their roles – learner or teacher – although this was fixed and the confederate was always the learner. There was also an “experimenter” dressed in a gray lab coat, played by an actor (not Milgram). Two rooms in the Yale Interaction Laboratory were used - one for the learner (with an electric chair) and another for the teacher and experimenter with an electric shock generator.

The “learner” (Mr. Wallace) was strapped to a chair with electrodes. After he has learned a list of word pairs given him to learn, the "teacher" tests him by naming a word and asking the learner to recall its partner/pair from a list of four possible choices. 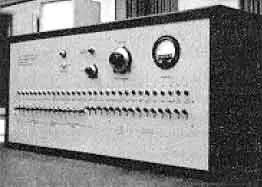 The teacher is told to administer an electric shock every time the learner makes a mistake, increasing the level of shock each time. There were 30 switches on the shock generator marked from 15 volts (slight shock) to 450 (danger – severe shock).

The learner gave mainly wrong answers (on purpose), and for each of these, the teacher gave him an electric shock. When the teacher refused to administer a shock, the experimenter was to give a series of orders/prods to ensure they continued.

There were four prods and if one was not obeyed, then the experimenter (Mr. Williams) read out the next prod, and so on. 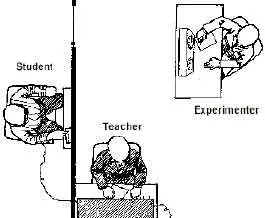 Conclusion: Ordinary people are likely to follow orders given by an authority figure, even to the extent of killing an innocent human being.  Obedience to authority is ingrained in us all from the way we are brought up.

People tend to obey orders from other people if they recognize their authority as morally right and/or legally based. This response to legitimate authority is learned in a variety of situations, for example in the family, school, and workplace.

Milgram summed up in the article “The Perils of Obedience” (Milgram 1974), writing:

"The legal and philosophic aspects of obedience are of enormous import, but they say very little about how most people behave in concrete situations. I set up a simple experiment at Yale University to test how much pain an ordinary citizen would inflict on another person simply because he was ordered to by an experimental scientist.

"The extreme willingness of adults to go to almost any lengths on the command of an authority constitutes the chief finding of the study and the fact most urgently demanding explanation."

Milgrams' Agency Theory: Milgram (1974) explained the behavior of his participants by suggesting that people have two states of behavior when they are in a social situation:

Milgram suggested that two things must be in place for a person to enter the agentic state: The person giving the orders is perceived as being qualified to direct other people’s behavior. That is, they are seen as legitimate. The person being ordered about is able to believe that the authority will accept responsibility for what happens.

Agency theory says that people will obey an authority when they believe that the authority will take responsibility for the consequences of their actions. This is supported by some aspects of Milgram’s evidence. For example, when participants were reminded that they had responsibility for their own actions, almost none of them were prepared to obey. In contrast, many participants who were refusing to go on did so if the experimenter said that he would take responsibility.

(Blogger's Notes: When Chinese Communists put the whole 11m people of Wuhan under the lockdown on 23rd January everyone in the world seemed to be shocked. How could they do that and how dare they do that to the people. Then they realised that China is not a democracy and her people are not free like us. But what China did was a mind opener for our so-called democratic governments. They started understanding people's fear of virus and quickly followed China's cruel example and put all of us under brutal lockdowns deliberately and intentionally violating our human rights and our constitutional rights.)
Posted by Hla Oo at 7:13 AM