(Sha-Du-Zut) This afternoon seven members KIA commando team raided the house of Min Zin Thant who is the famous leader of 100-strong Sha-Du-Zut People Militia unit in Pharkant township which is world-famous for its precious green-jade mines.

Min Zin Thant’s house is right on the bank of Moe-Gaung Creek and the heavily-armed KIA men parked their utility truck across the shallow creek and six of them silently approached the target house. At that time Min Zin Thant was inside one of the ground floor rooms while his young wife was cooking dinner in their kitchen at the back.

Four KIA men then climbed over the high wrought-iron fence into the front yard and approached the house in-line while two men stayed outside the fence. First man had a 40mm M-40 grenade launcher and he immediately shot a grenade through the front door from just ten feet away. The battle for life or death in Sha-Du-Zut village had started with a loud exlposion.

Explosion blew apart the solid teak door, but Min Zin Thant immediately picked up his 9mm browning semi-automatic pistol and bravely ran out of his room towards the front entrance as the M-40 man cautiously entered the house.

Min Zin Thant shot him dead right there and he shot at the second Kachin man right behind the M-40 man and killed him. The two Kachin men then tried to drag their wounded away but Min Zin Thant shot the third man dead. By then he was face-to-face with the fourth Kachin man pointing a pistol at him.

The fourth man then shot almost point-blank at Min Zin Thant but his shots went wide and he was immediately killed by Min Zin Thant’s perfect shots. After shooting the four Kachins dead Min Zin Thant walked around the house and saw two more Kachins by the fence. He managed to shoot the fifth man down. By that time he spent all 15 bullets in his pistol and he had to run back inside to grab a spare clip.

The sixth Kachin man then grabbed the wounded fifth man and withdrew back across the creek to their waiting pick-up truck. When Min Zin Thant came back out with his re-loaded pistol their truck was already leaving and he had to satisfy with emptying all the bullets at the speeding-away truck without harming the three fleeing KIA men inside.

Later the local KIA Brigade made a public statement that a 50-strong Burmese Army unit was waiting for them at the house and managed to kill their four comrades in an hour-long gun battle. All lies and cover-up, of course. 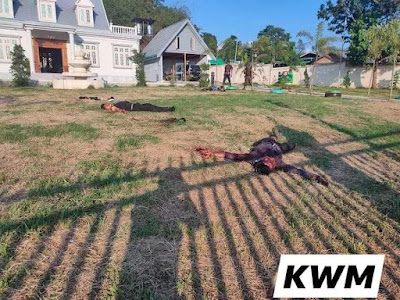 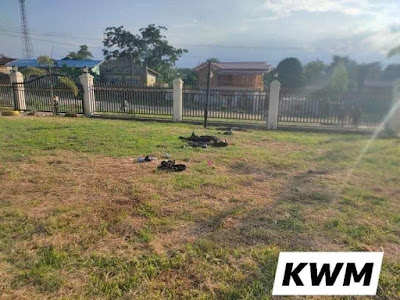 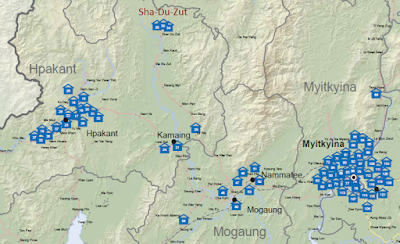 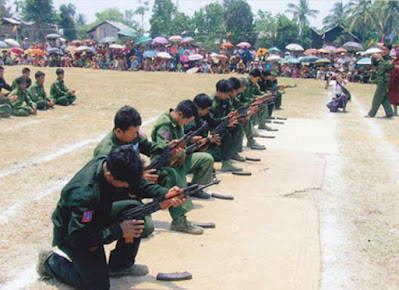 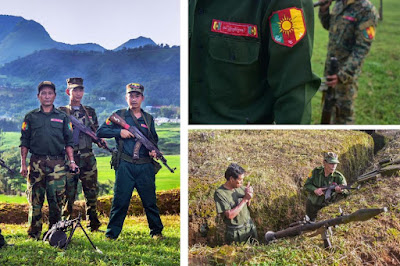