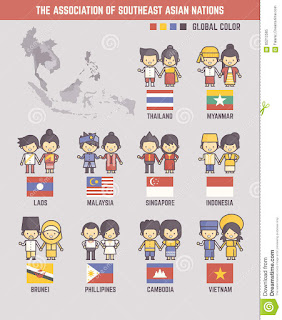 South-East Asian foreign ministers this week met their Chinese counterpart in the Chinese city of Chongqing, as a major COVID-19 surge across the region strengthens the reliance on Chinese-made vaccines. The meeting stood in stark contrast with an abortive meeting between US Secretary of State Antony Blinken and South-East Asian diplomats last month.

Connection problems frustrated a planned online meeting in late May — supposed to be the Biden administration's first high-level meeting with the regional bloc — while Mr Blinken was aboard a plane to Israel. Numerous media outlets cited diplomatic sources as saying Mr Blinken kept South-East Asian leaders waiting up to 45 minutes.

US ties with the region were already strained under former president Donald Trump, who declined to attend the ASEAN Summit three years in a row, even though in 2020 the forum was held online.

"The technical snafu during Blinken's meeting with ASEAN leaders reinforced the sentiment of South-East Asia being neglected by the US that has been brewing for a while," said Ivy Kwek, a Malaysian analyst. The US State Department did not respond to the ABC's questions about why the meeting with Mr Blinken was cancelled. 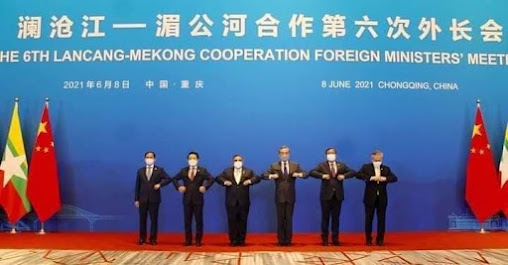 Myanmar's democratically elected government, led by Aung San Suu Kyi, was thrown out by the country's military in February, sparking months of protests and intensifying violence with ethnic minority groups.

Mr Wang said China was willing to work with ASEAN on a resolution to the situation in Myanmar, urging the junta to put "interests of the people first, exercise calm and restraint and eliminate all kinds of violence".

Just on Australia's doorstep, China's influence already outweighs that of the United States, and will only grow further. The joint statement released after the Chongqing meeting made no mention of the situation in Myanmar.

"We are appalled at China's official engagement with Myanmar's military junta, including allowing Wunna Maung Lwin to represent Myanmar at the ASEAN-China meetings," a spokesperson for the NGO Justice for Myanmar told the ABC.

"ASEAN has also chosen to legitimate the military's failing attempted coup by siding with the junta rather than respect the will of the people, who are represented by the National Unity Government."

The National Unity Government is a government in exile formed by ousted pro-democracy politicians including Ms Suu Kyi, who remains in detention. 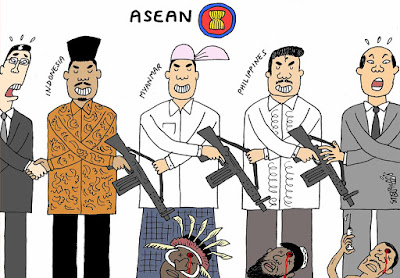 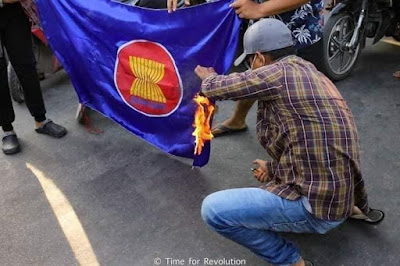 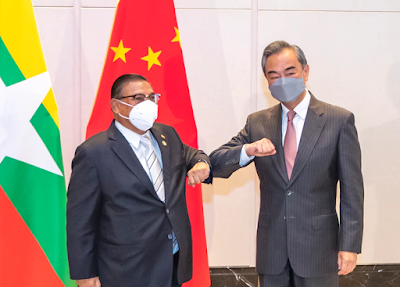