(This post is direct from The Narinjara News Agency on 19 September 2012.)

Burmese army has begun the process of forming and arming the native Buddhist militia in the Yakhine Buddhist villages along the Burma-Bangladesh border to counter the massive illegal flows of Bengali Muslims from Bangladesh and cross-border raids by the Bengali Muslim insurgents.

As the very first step more than 300 Buddhist villagers from 30 border villages in North-Maungdaw area have been receiving intensive training from the Border Security Forces of Burmese army. The people militia (Pyithusit) training is being conducted at the Na-Sa-Ka 4 Kyain Chaung compound. Na-Sa-Ka is the Burmese acronym for Border Security Forces.


Following was what the leading Buddhist monk from Nant-thar-doung village monastery near Kyain Chung Na-Sa-Ka camp said of the training.

“The training was started on September 8. Each village has to send at least ten young men as people militia to the Na-Sa-Ka 4. All together more than 300 men are now being trained in military drill and small arms instruction. I don’t know the exact length of training yet!”

A Nan-thar-doung villager attending the training eagerly said, “We are being trained by the officers from the Na-Sa-Ka and the army. Every day we start at 9 sharp in the morning and then get one hour break at midday for lunch. We normally finish at 4 in the afternoon and go back home to our villages. We then continue on with our usual security duty at night.”

He then added that his village Nan-thar-doung is only about three and half miles from the Na-Sa-Ka 4 camp. So they just walk every morning to the training and walk back home after the training. He said that they always get back home no later than 6 in the evening.

The villagers also eagerly said that the officers are telling them every village militia unit will be armed soon with at least ten rifles once the training is over.

According to one villager from the village of Mawrawaddy in South-Maungdaw they are also being trained to be armed as people militia. Army is training them right at their village.

“The militia training began on the seventeenth of this month in our village. Each village has to send ten young men. The training starts at 7 in the morning and takes lunch break at 11:30 then restarts at 1:30 and ends at 4 in the evening. Our instructors are from the army’s LIB-352 and the local police battalion. Training period is one month,” said the Mawrawaddy villager now attending the militia training.

There were other training camps to form the people militia units in other native Buddhist villages along the border too, he even added with enthusiasm. 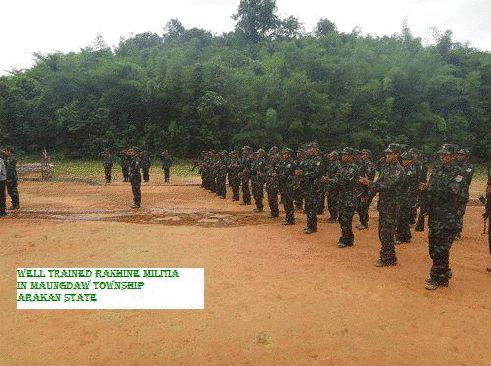 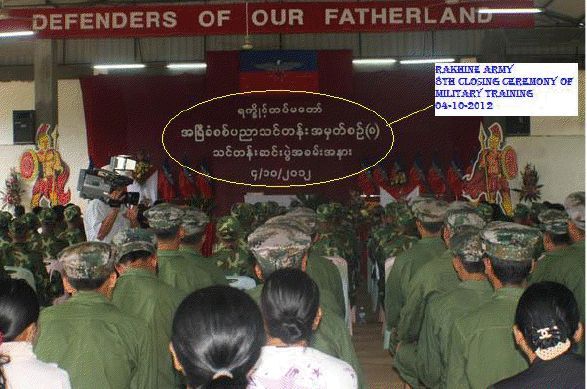 Related posts at following links:Jihad on Buddhists Destined for Destruction by Islam!Population Explosion in Bangladesh!1942 Genocide of Native Buddhists in Maungdaw District!
Posted by Hla Oo at 1:05 PM