(Direct translation of the news article from mgkyautkhe.com on 1 October2012.) 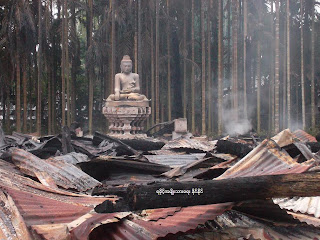 The local authorities and the security forces at Ramu (Panwar) in Bangladesh had completely ignored the warning signs and actual destruction of Buddhist temples and the properties of Buddhists by the extremist Jamaat-e-islami-led Muslim mobs in Ramu district.

The atrocious rioting in Saturday (September 29) when the Muslim mob led by Jamaat-e-Islami destroyed 12 Buddhist temples and many Buddhist homes was the pre-planned co-operation of Bangladeshi authorities, Jamaat, Chibi, BNP parties, fundamentalist extremists, and so-called Rohingyas who have been hell bent on killing Buddhist Yakhines and Islamizing northern Arakan. 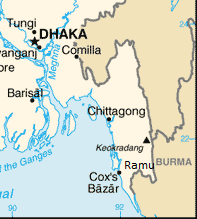 Ramu or Panwar in Burmese is historically a Burmese Buddhist town every Burmese in Burma knows from their hearts. It has been a principal town since the time of ancient Yakhine kings. Two of famous Burmese general Mahabandoola’s forts (1824) are still visible in the town.

After the First Anglo-Burmese War (1824-26) victorious British took that part of Burma into then British India and many decades later the old Burmese towns Sittagong and Panwar became Chittagong and Ramu in the East-Pakistan first and then today Bangladesh.

On a straight line Ramu or Panwar is only 40 kilometers away from the Burma-Bangladesh border. There are ancient Buddhist temples, pagodas, and monasteries all over the town and these Buddhist heritages have been telling the ancient history of a once-Buddhist majority town in now predominantly Muslim country, Bangladesh, as a result of jack-rabbit like breeding habit of Muslims.
Panwar is only 15 km away from the town of Cox Bazaar and Natchaungsari town is at 18 km east of Panwar. Right at the entrance to Natchaungsari is the massive compound of BGB 15 (15th Bangladesh Border Guard Battalion). Panwar town itself has about 200-strong detachment of Bangladesh army and armed police in the town. Difficult to understand for most Buddhist there is the fact that the armed insurgents of ARNO (Arakan Rohingya National Organization) have been residing and operating freely from their established camps in the wood at only 8 km away from the BGB-15 compound. So many houses occupied by the ARNO leaders and personnel are all over the Natchaungsari town too.
And these ARNO insurgents moving around in the area are armed to the teeth and it is very obvious that the Bangladeshi authorities have been allowing the ARNO insurgents free movement on their territory despite their illegal cross-border activities against Burma and Burmese people.
Muslim Riots on Saturday 29 September
Between 2 and 5 in the afternoon of last Saturday there was a special meeting inside the big Ramu mosque attended by the local Muslim leaders and the representatives from above-mentioned Islamic political parties, the local authorities, and the ARNO insurgents.
At the meeting the final decision was made for that night as the night for the beginning of the Buddhist-cleansing of Ramu. After the final decision Ramu-based Mr. Lutfor Rahman Kajal the BNP Party’s MP for Cox Bazaar Region-3 gave a speech instigating the planned riots against Buddhists and he also promised to provide any necessary help to the fellow Muslims who were about to start the atrocious riots.
At about 10 in the evening the outside Muslim mob at least 50,000 strong (who are mostly teenagers from the Islamic madrasars all over Bangladesh) were brought into Panwar in hundreds and hundreds of trucks and cars. They came prepare with petrol bombs and kegs of gunpowder to speed up the fire. The mob immediately rushed to the historic Buddhist sites and began the massive destruction of Buddhist temples, pagodas, and monasteries after lotting any valuable items including gold Buddha statues from the Buddhist properties. 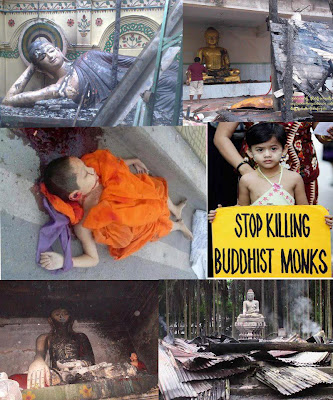 The Buddhists had to run for their lives as they were aware of what was unfolding around them in Ramu. In the pitch darkness they managed to hide in the fields on the outskirt of Ramu and some in the sympathetic Muslim houses. And they haplessly watched more than 6 hours-long destruction of their homes and their places of worship by the rampaging Muslim mob.
They called the authorities hundreds of times during that long rampage but no one responded except a bunch of fire engines. Even those responding fire engines were stopped by the mob just outside Ramu and prevented from entering the town. Police in the Ramu town barricaded themselves inside their station and the Bangladeshi army and BGB-15 just outside Ramu had just simply refused to respond till the burnings and lootings were over at almost dawn.
Only at about 3 in the early morning of Sunday September 30 Bangladeshi army arrived but the town was almost gone into ashes and fire was still burning among the smouldering remains of many 250 years-old Buddhist temples and pagodas. By then the Muslim mob had moved onto other Buddhist towns to continue on with their destructive work.
At the time of this news the Muslim mobs are looting and burning the Buddhist properties in nearby Chittagong and Cox Bazaar towns. The total cleansing of the Buddhists in Bangladesh the tiny one percent of 160 million strong Bangladesh has begun! 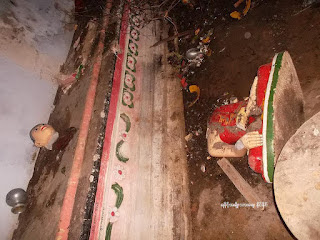 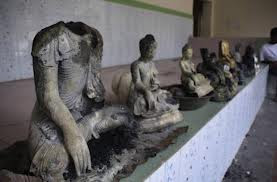 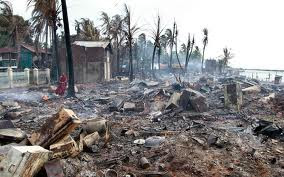 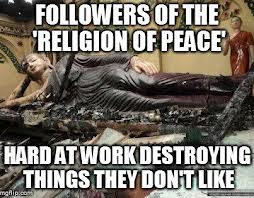 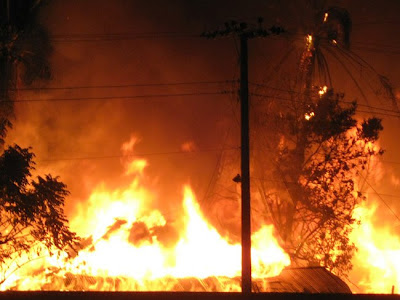 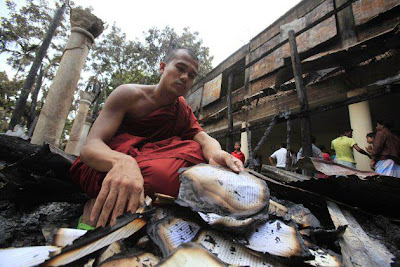 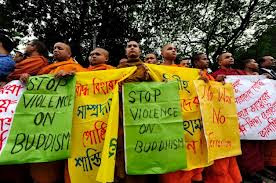 Related posts at following links:
Jihad on Buddhists Destined for Destruction by Islam!
Population Explosion in Bangladesh!
1942 Genocide of Native Buddhists in Maungdaw District!
Posted by Hla Oo at 11:52 AM