(Alex Swoyer’s article direct from the BRIETBART on 7 May 2015.) 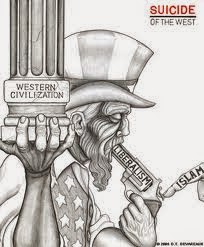 The Muslim immigration warnings offered by Dutch politician Geert Wilders—who was in the facility in Garland, Texas, that was attacked by terrorists last weekend—seem to be coming true.

Wilders, who has asked his own parliament to hold an exhibition on the Muhammed cartoons from the Garland, Texas event, has warned frequently that high levels of Muslim immigration without assimilation to the Western world—Europe and the United States of America—are dangerous to the culture and values of the West.

Wilders, a featured speaker at the Garland event, has been on a terror hit list since 2010 for proposing to place a tax on the Hijab worn by Muslim women in the Netherlands. He has also been vocal about stopping all Muslim immigration into the Netherlands.

“Take a walk down the street and see where this is going,” Wilders, referring to growing Muslim immigration into his country, previously said. “You no longer feel like you are living in your own country. There is a battle going on and we have to defend ourselves. Before you know it there will be more mosques than churches!”


Wilders’ warning rings true not just in the Netherlands, but in the United States as well. Immigrants from the Middle East are currently the fastest growing immigration demographic coming into the U.S., a recent report from the Center for Immigration Studies shows. America in just three years imported more immigrants from the Middle East than from Mexico and Central America combined.

In that three years, there has been a 13 percent growth in the number of immigrants from Middle Eastern countries. And according to the Conservative Review, the immigrant population from the Middle East will double in fifteen years and triple by 2050. In fact, the United Nations is currently planning to settle roughly one million refugees – mostly Muslims – in western countries, Fox News reports.

Senior Editor of Conservative Review Daniel Horowitz argues against the increasing number of refugees. “We should only grant refugee status to those we can absolutely determine will be an asset to our country. It’s not our job or responsibility to incur risk when it is unclear which refugees have proclivities towards Islamic extremism,” Horowitz wrote.

A report derived from information from the 9/11 Commission and the Center for Immigration Studies validates Horowitz’s concerns. The study revealed that, out of 94 foreign-born terrorists operating inside the United States, 59 of them committed immigration fraud before or during terrorist activity. Census data reveals roughly 100,000 Muslim immigrants are admitted to the United States each year. Immigrants who enter the U.S. legally are entitled to welfare, U.S. jobs and to vote.

Horowitz warns that the increasing Muslim population, coupled with President Obama’s unwillingness to identify Islamic extremism, creates a national security threat. “With immigration and our legal ports of entry representing the front lines in the war on terror, in conjunction with this president’s unwillingness to recognize the threat from Islamic extremism, our homeland security has already been shut down for years,” said Horowitz.

The Pew Research Center also studied the impact of a growing Muslim population. Pew noted that by 2050, Muslims would outnumber Jews and nearly equal the number of Christians across the world.

The Washington Post reported that immigration from Africa is a contributing factor to the increased Muslim immigrant population: “The number of African-born residents in the United States has doubled every decade since the 1970s, with the greater Washington region remaining among the most popular areas for them to live, the U.S. Census Bureau reported Wednesday.”

The large number of Muslim immigrants has already impacted public schools and communities throughout America. Due to the large number of immigrants from the Middle East, the Department of Justice required a school in Michigan accommodate the growing Arab immigrant student population by hiring more Arab teachers.

Minnesota, like Michigan, has also had to accommodate the growing Muslim population within its community. Somali refugees in Minnesota demanded the local government provide a special food zone free of pork to comply with their faith. In fact, Somali use of the state’s public food assistance program has doubled over the past five years. 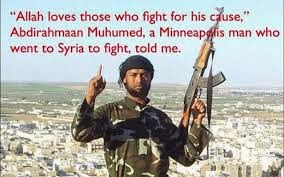 Additionally, the Minneapolis School District has had to hire instructors to teach in both English and Somali since the Somali student enrollment increased 70 percent since 2011. Ayaan Hirsi Ali, a moderate Muslim reformer, came to America from Somalia. She recently warned in an op-ed in Time Magazine that she worries about the attitudes of the majority of Muslim immigrants coming to the United States, typically from the three countries of Pakistan, Bangladesh and Iraq.

Ali writes that many “people in these countries hold views that most Americans would regard as extreme.” For example, she notes that a number of Pakistanis, Bangladeshis and Iraqis believe conversion away from Islam should be punished by death.

“More than 80 percent of Pakistanis and two thirds of Bangladeshis and Iraqis regard sharia law as the revealed word of God. Only tiny fractions would be comfortable if their daughters married Christians,” she warns. “Only a minority regards honor killings of women as never justified.”

She also notes that roughly 25 percent of Bangladeshis believe suicide bombings defending Islam are justified. “People with views such as these pose a threat to us all, not because those who hold them will all turn to terrorism. Most will not. But such attitudes imply a readiness to turn a blind eye to the use of violence and intimidation tactics against, say, apostates and dissidents – and a clear aversion to the hard-won achievements of Western feminists and campaigners for minority rights,” wrote Hirsi Ali.

In addition to the immigration from the African Continent, the nation’s student visas program also contributes to the growing number of Islamic immigrants. “Nearly 81,000 subjects of the Saudi kingdom are studying in the U.S. this school year, up from about 5,000 in 2000-01,” the Wall Street Journal reported.

Several national security leaders in recent interviews with Breitbart News have said that they believe the reason why there’s such a problem with the high levels of Muslim immigration to the United States is because people aren’t assimilating to American culture like previous waves of immigration throughout this country’s history did.

“What we need to do is make sure everyone coming into the United States understands who we are and that we are founded on Judeo-Christian values, that there is one rule of law and that’s what’s on the books and it’s not Sharia and we need to make sure we don’t engage in the same kind of mistakes in Europe where they did not engage in assimilation,” former House Intelligence Committee chairman Rep. Pete Hoekstra (R-MI), now retired from Congress, said in an interview with Breitbart News last September.

“They [the southern border and insecure visa system] are all potential avenues for terrorists to get into the U.S.,” Hoekstra added.

“I think you missed two of the biggest ones out there which are very very difficult to control and one is social media-what’s happening on social media, where they can cross the border and we’ll never know it. The other one is influence or people with ties to Europe or America who have been actively involved in the fight in Syria or Iraq and then coming back.

Will we be able to identify who they are when they’ve been radicalized and what will be the consequences when they come back? My belief should be that if we don’t have the legal capability we ought to develop the legal capability that if people who have fought with radical Jihadist groups overseas are coming back into the United States their citizenship should be revoked and they shouldn’t have access and the capability to come back.”

Dinesh D’Souza, the conservative filmmaker, said in a previous interview with Breitbart News that America isn’t serving as the melting pot it once was for immigrants—and that’s what leads to this high level of concern with regards to assimilation. “I do think what makes immigration different today is that immigrants came in the past who embodied the spirit of 1776-a spirit to build this country,” D’Souza said last September. 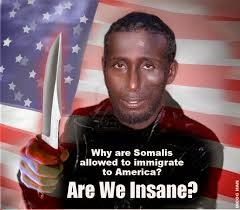 Now we’re getting some immigrants who far from wanting to pull the bandwagon, just want to sit in the bandwagon-and that’s a big change-not to mention people who actually want to do harm to the country. Look if our government can monitor our every phone call and our every email and our every motion, you can be very sure they have the technology to spot every single person coming across the border. The problem is they don’t want to.

The issue—as a national security matter, an immigration matter, and a big picture question about the sovereignty of the United States and the nation’s identity—is quickly spilling over into the 2016 presidential primaries, especially on the Republican side.

Meanwhile, one of his likely biggest competitors for the GOP nomination, Louisiana Gov. Bobby Jindal, has been outspoken about the threat of the growing Muslim immigration. “They want to use our freedoms to undermine that freedom in the first place,” Jindal said in a past interview with the Family Research Council’s Washington Watch where he discussed Muslim immigrants.

“This is a place where you have freedom of self-determination, freedom of religious liberty, freedom of speech. This is an amazing place and we’re a majority Christian country,” Jindal said. Jindal added that he is sure to be called a “racist” for his comments by the “politically correct crowd.”


Few candidates or potential candidates have zeroed in on the issue yet, but with terrorism and national security concerns on the rise—heading into an election season where immigration is a top-tier issue according to every honest pollster—this is likely to burst onto the scene as a major 2016 front burner issue.
Posted by Hla Oo at 12:30 AM