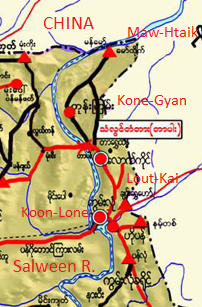 Our army is decisively annihilating the China-backed Kokang insurgents in previously-peaceful Kokang self-administered region. In every aspect of the still-ongoing war, especially the actions of frontline forces and reserve troops and re-supply activities, we find the army’s strategic and tactical responses to the massive invasion financed by China and manned by Chinese mercenaries (including a PLA general) pleasingly satisfactory.

Kokang Government has collapsed and the region has been under martial law for a while now. Situation is so bad our army is the only institution maintaining law and order in the region as the union government has transferred its authorities completely to the army. The situation basically is the clear result of the fundamental violation of our sovereignty by China.


But what has our government been doing? Nothing decisive, clearly! They do not even explain to our people what has been going on in the Kokang border land. In our opinion the president should come out and declare war on the China-backed Kokang insurgents. But the government would not even make a press briefing let alone a strong response to the Chinese aggressors.

Why Was Our Army Forced To Handle The Media Issue?

Our army is the only one making press briefings and issuing strong responses to the situation while our government is basically sitting on the sideline twiddling their thumbs, why? In our opinion Pae-Sout-Chain’s Kokang Government should regularly brief the press while our president himself should deliver a strong patriotic speech to the nation immediately.

From the beginning of Kokang War we soldiers had to call press conferences and strongly respond to the foreign invasion since our government has refused to do so. What our government seems to be doing is they will nicely go back in to Kokang land with their administrative bureaucracy only after us soldiers bring back the peace sacrificing our limbs and lives.

Will 2015 General Elections Be Postponed? 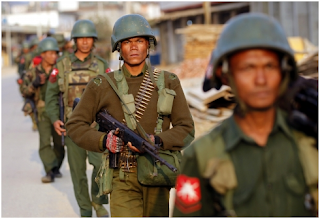 The crucial 2015 General Elections are just round the corner. But Kokang land is still a war-torn battlefield and most towns and villages there are still empty of their normal civilian populations. We don’t believe elections are possible there if this struggle continues on.

Can we re-establish the regional administration in Kokang land in time for coming elections? Even if the law and order is restored by our army will Pae-Sout-Chain’s government be dare to come back to the capital city Lout-Kai considering that he and Phoe-Kyar-Shin the insurgent leader are sworn enemies for life?

Will people of Kokang now taking refuge in neighbouring regions and some even in China come back to their homes? Will Lout-Kai ever regain her previous reputation as a small heaven of forever-troubled North-Eastern Burma? These are the challenges being faced by our government and also the serious questions asked by the people of Burma.

Our Timid Government Does Not Even Protest To China!

Just by looking at our government’s timid reactions on the situation we have serious doubt that they are ready to face these challenges head on. Government stated that the Kokang rebels had sneaked into Lout-Kai area from China. That statement was false as more than 5,000 strong Chinese mercenary forces did not just quietly walk through the border, but they were transported to Lout-Kai loudly by convoys of Chinese cargo trucks.

Chinese government officials knew the whole thing even well before the invasion started as they were the ones facilitating the whole bloody thing. They could still claim they didn’t know the initial infiltration by Kokang insurgents, but they could not still claim not knowing the retreat or withdrawal of thousands of Chinese mercenaries back into China.

Because by then, after the devastating battles at Lout-Kai and Lone-Htan and I-San, PLA has stationed a massive armoured division on the short Kokang borderline and the fleeing insurgents (PLA mercenaries) had to be basically trucked through armed Chinese soldiers their brothers-in-arms and comrades. 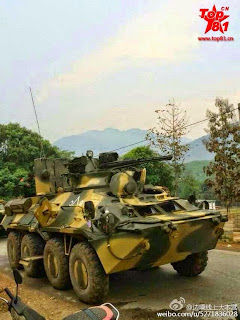 By then the PLA men were so pumped-up by the severe casualties of their Chinese comrades inflicted by Burmese army if any Burmese army troops approached within 500 meters of the borderline they yelled at our soldiers through their massive loud speakers. And the Chinese bastards were still claiming that they didn’t see any insurgents crisscrossing the borderline.

The answer is very simple. The Chinese are financing and manning the massive invasion for their own political advantage over Burma. But what our government did was cowardly and shameful. Instead of strongly protesting against Chinese invasion they even had to apologize for what army had allegedly done across the border after a supposedly-Burmese bomb landed in China and killed some Chinamen.

Without a single official complaint from Burmese Government the brazen Chinese even sent Chinese mercenaries in Kokang MNDAA uniforms as massive reinforcement right across the border in the middle of Burmese army offensive on the Hill Point-2202. Our boys were already right at the half-way towards the peak when hundreds and hundreds of Chinese mercenaries coming across the Chinese border overwhelmed them from behind.

No wonder we lost hundreds of our boys from LID-33 on that hill. We blame our timid government for all those deaths since if ever they loudly protest to China not to harbour Kokang insurgents from the very beginning of the invasion that second wave of Chinese attack would not happen.

How Do They Get Latest Chinese Guns With Plenty Of Ammo? 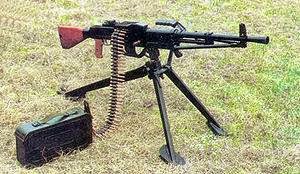 Another serious question is who has been providing the Kokang insurgents and their Chinese mercenaries with latest Chinese guns especially the deadly sniper rifles?

Thousands and thousands of latest Chinese-made Type-81 Automatic-Assault-Rifles and hundreds and hundreds of  Type-67 Heavy-Machine-Guns and latest QBU-10 Sniper-Rifles with millions and millions of their assorted rounds, all worth nearly one billion US$, were brutally used against our patriotic boys in green.

We do honestly believe that all those guns and ammo came right out of PLA warehouses since in tightly-controlled Communist China even getting a hand gun is totally impossible without the consents of authorities. That’s the reason all those blood-thirsty Muslim Uyghur terrorists attacking Han-Chinese all over China were using homemade swords and kitchen knives. They would have preferred AK-47s like their Muslim terrorist brothers all over the world.

Then there is the visible flow of hundreds and hundreds of wounded and injured Kokang insurgents and Chinese mercenaries back into China to get a medical treatment at Chinese government hospitals near the border. We the army publicly announced the fact that the Hill Point-2202 battle alone sent truck-loads of more than five hundred wounded Chinese back across the border to Nant-Sam Hospital in China.

We Should Protest Against China Harbouring Phoe-Kyar-Shin 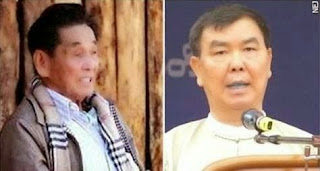 Our government should be repeatedly protesting against Chinese letting the fugitives like Phone-Kyar-Shin freely doing their illicit businesses in China. While bloody Chinese are giving trouble to any nation letting that old monk Dalai Lama visit there, we don’t even dare to protest against them openly harbouring insurgents and drug traffickers from our country.

When Thailand had been harbouring all kinds of ethnic insurgents and drug traffickers from our country the successive military governments were loudly and constantly complaining to Thai government. But now China is harbouring bad people from our Burma and our government do not even dare to raise their voice.

We would love to say to our fallen comrades that they rightfully sacrificed their lives for their nation and people. But with what our government has been timidly doing we are not able to say that to them, sadly.

(Blogger’s Notes: I have a suspicion that China is deliberately supporting Kokang insurgency to de-stabilize political situation in Burma. With a lot of pundits both domestic and foreign now saying ASSK’s NLD will win the 2015 General Elections and form next government Chinese are really concerned with that eventual outcome.


Another theory floating around in Burma is that Chinese are spending a billion dollars financing the Kokang invasion just to give an excuse to Burmese Army to stage a coup against Thein Sein Government just before the elections, for an inward-looking military government will be for China’s benefits not the west-supported ASSK government in Burma.) 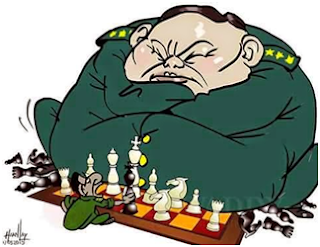