Boat Muslims Are From Bangladesh Not From Burma

In recent days there are heavy political pressure from international community concerning the thousands and thousands of boat Muslims now being stranded on the open waters of Andaman Sea supposedly from Burma and Bangladesh.

Our country has been unfairly accused of violating the human rights of so-called Rohingya Muslims and forcing them Bengali-Muslim illegals to flee by dangerous boat trips to Thailand, Malaysia, and Indonesia. Following is VOICE Journal’s interview with Yakhine State (Arakan) Chief Minister U Maung maung Ohn on those matters.

Voice: In international media most of the boat Muslims are being described as the Muslims from our Yakhine State. Do you have anything to say about those accusations?
Maung Maung Ohn: International media always dumped on us whenever there are the Muslim troubles in our neighbourhood. Now they are falsely accusing that all those boat Muslims are the refugees from Yakhine State. Actually all those people on the boats are part and parcel of human trafficking going on for a very long time in Bangladesh.


Population explosion among 200 million Bangladeshi Muslims in sinking Bangladesh is constantly sending their poor souls out. But instead of blaming on people traffickers in Bangladesh the international media and some countries are falsely claiming that those are the Bengali-Muslim illegals fleeing the so-called slow-genocide supposedly occurring in our Yakhine State.

So far no one absolutely knows who those boat Muslims really are from. What we believe is there are only a few from our Yakhine Stae as the majority are from Bangladesh. I have a solid evidence for that fact. Just yesterday at about 3:30 PM May-21 our Navy caught two boat loads of Muslims in our territorial waters of Yakhine coast. Altogether 208 men of ages between 20 and 30 including the crew of 17 and two people traffickers.

Our Navy brought them back to Ah-ngu-maw and we sent them all to Ah-le-than-gyaw. At today about mid day they are in temporary detention camps. All of them are malnourished or starving Bangladeshis. None are from Yakhine. We even let UN and INGOs access to them and care for them. 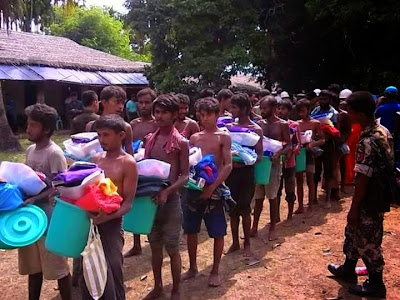 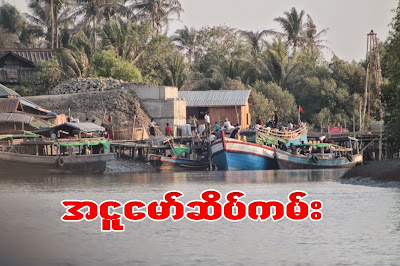 Voice: So what are you going to do with all those Bangladeshi boat Muslims caught?
Maung Maung Ohn: Once our thorough checks and interrogations have been completed they will all be transferred back to Bangladesh as they are all Bangladeshi citizens. The reason I’m telling you this case is just to point out that most boat-Muslims are from Bangladesh and not from our country. But International media and some countries and UN are shooting through their bloody mouths and telling lies.

Voice: So, in your opinion, why are those Boat Bangladeshis claiming once they landed on a foreign land that they were so-called Rohingyas from our Yakhine State?
Maung Maung Ohn: By blaming our government by claiming their boat-Muslims are Bengali-Muslims (so-called Rohingyas) the people-traffickers basically got away scotch free from their human-trafficking operations. Once they are caught they instantly becoming rescuers of persecuted Muslims than evil human-traffickers what they really are. And the gullible international media and UNHCR blindly buy their lies.

Also the fact that the UNHCR in Malaysia has been automatically issuing the official refugee cards to any Muslim (Rohingya) claiming from our country is basically encouraging the Bangladeshis to lie to them. You must already know the fact that those so-called Rohingyas and Bangladeshis are the same people and it is absolutely impossible to separate so-called Rohingyas from the Bangladeshis. They look the same, speak same language, and practice same fundamentalist Islam.

That recently invented racial-term Rohingya also is relentlessly pushed by Bangladeshis and some enterprising Muslims outside of our country despite the rejections by the IDPs themselves here in the Bengali-Muslim refugee camps inside our State. 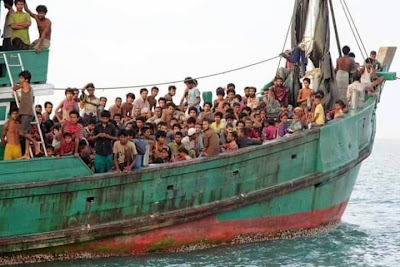 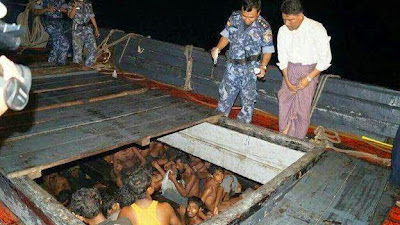 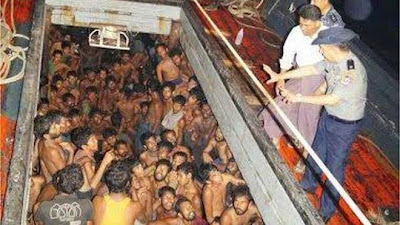 Voice: So you are demanding those boat-Muslims claiming to be from our country to prove with real evidence that they really are the Muslims from here? If they can prove it will you accept them back here?
Maung Maung Ohn: They can’t just say whatever they want. I don’t think those boats came here and picked people up from the camps here. You know some boats are huge sea-going fishing boats. No way they came from here. Anyone can come and look at our IDP camps to find out.

Voice: Do you have any plan implemented so far that Muslim illegals cannot enter Yakhine state and also the Muslim IDPs here cannot leave the camps?
Maung Maung Ohn: Oh, there are plenty of preventions. Daily boat-ins and outs including the fishing boats are inspected and checked thoroughly. Also there are many checkpoints by the Border Guard Police along the land border with Bangladesh. Illegals are blocked from both coming in and going back out. But you know some IDPs persuaded by the traffickers may still get out and disappear as we cannot really seal both the maritime and land border watertight. But the whole boat load of hundreds of IDPs leaving the camp is totally impossible.

One thing I can guarantee is that all the Bengali-Muslim IDPs here have been given full IDP rights through UN agencies and other INGOs. But we cannot accept them as that invented race Rohingya as they are always Bengali-Muslims from Bangladesh. Because of UN and INGOs heir camps are better than some of our local Yakhine villages. We still have so many Buddhist villages without proper toilets and main water supply. 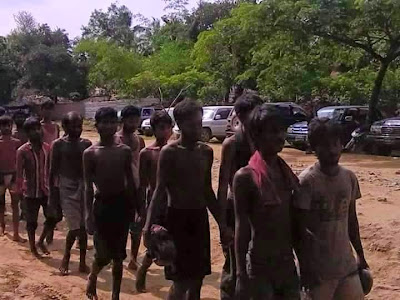 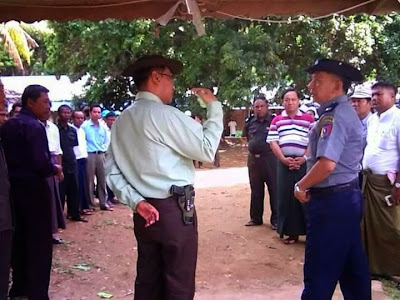 Why Are UN and US Pressuring Burma On Boat-Muslims?

(One) ASEAN with a population of 630 million is becoming a respectable force in economic and politic affairs of the wider ASIA and both UN and US do not want see a united ASEAN and igniting a racial and religious dis-harmony among ASEA nations is the strategy US is pursuing right now.

(Two) Arakan border land is the hotly contested economic zone between India and China as the China’s Indian Ocean Access which will be blocked by any means by both US and UN.

(Three) US is arming and financing RSO on the Burma-Bangladesh border through OIC to create a serious crisis like in Indonesia’s East Timor. And UN is patiently waiting to go in and run Arakan like they did in East Timor once US and OIC achieve their aim of Islamizing Arakan.

(Four) Clandestine sources from CIA have been paying nearly ten million baht each trip to fishing boat owners from Thailand to ship desperate Bangladeshis as Boat-Muslims from Burma to southern Thailand and then to Malaysia.


(Five) Bengali UNHCR staff in Bangladesh are using Bengali-Muslim traffickers as their front to recruit poor Bangladeshis to get on CIA and OIC-sponsored boats.

Related posts at following links:
Bangladeshis On So-called Rohingya Boats To Malaysia
Population Explosion In Rapidly-sinking Bangladesh
Posted by Hla Oo at 2:25 AM