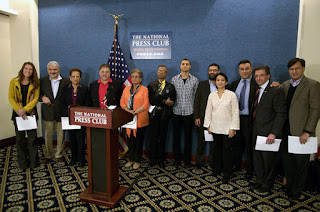 We reject interpretations of Islam that call for any violence, social injustice and politicized Islam. We invite our fellow Muslims and neighbors to join us. We reject bigotry, oppression and violence against all people based on any prejudice, including ethnicity, gender, language, belief, religion, sexual orientation and gender expression.

We are Muslims who live in the 21st century. We stand for a respectful, merciful and inclusive interpretation of Islam. We are in a battle for the soul of Islam, and an Islamic renewal must defeat the ideology of Islamism, or politicized Islam, which seeks to create Islamic states, as well as an Islamic caliphate. We seek to reclaim the progressive spirit with which Islam was born in the 7th century to fast forward it into the 21st century. We support the Universal Declaration of Human Rights, which was adopted by United Nations member states in 1948.


We reject interpretations of Islam that call for any violence, social injustice and politicized Islam. Facing the threat of terrorism, intolerance, and social injustice in the name of Islam, we have reflected on how we can transform our communities based on three principles: peace, human rights and secular governance. We are announcing today the formation of an international initiative: the Muslim Reform Movement.

We have courageous reformers from around the world who will outline our Declaration for Muslim Reform, a living document that we will continue to enhance as our journey continues. We invite our fellow Muslims and neighbors to join us.

1. We stand for universal peace, love and compassion. We reject violent jihad. We believe we must target the ideology of violent Islamist extremism in order to liberate individuals from the scourge of oppression and terrorism both in Muslim-majority societies and the West.

2. We stand for the protection of all people of all faiths and non-faith who seek freedom from dictatorships, theocracies and Islamist extremists.

3. We reject bigotry, oppression and violence against all people based on any prejudice, including ethnicity, gender, language, belief, religion, sexual orientation and gender expression.

1. We stand for human rights and justice. We support equal rights and dignity for all people, including minorities. We support the United Nations Declaration of Human Rights.

2. We reject tribalism, castes, monarchies and patriarchies and consider all people equal with no birth rights other than human rights. All human beings are born free and equal in dignity and rights. Muslims don't have an exclusive right to "heaven."

3. We support equal rights for women, including equal rights to inheritance, witness, work, mobility, personal law, education, and employment. Men and women have equal rights in mosques, boards, leadership and all spheres of society. We reject sexism and misogyny.

1. We are for secular governance, democracy and liberty. We are against political movements in the name of religion. We separate mosque and state. We are loyal to the nations in which we live. We reject the idea of the Islamic state. There is no need for an Islamic caliphate. We oppose institutionalized sharia. Sharia is manmade.

2. We believe in life, joy, free speech and the beauty all around us. Every individual has the right to publicly express criticism of Islam. Ideas do not have rights. Human beings have rights. We reject blasphemy laws. They are a cover for the restriction of freedom of speech and religion. We affirm every individual's right to participate equally in ijtihad, or critical thinking, and we seek a revival of ijtihad.

3. We believe in freedom of religion and the right of all people to express and practice their faith, or non-faith, without threat of intimidation, persecution, discrimination or violence. Apostasy is not a crime. Our ummah--our community--is not just Muslims, but all of humanity.

We stand for peace, human rights and secular governance. Please stand with us!

Affirmed this Fourth Day of December, Two-Thousand and Fifteen By the founding authors who are signatories below;