How Are The Death Cult ISIS Funded?

(Samantha Menzies’s article direct from the YAHOO7 on 17 November 2015.) 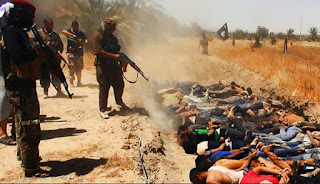 Dubbed the ‘world’s richest terror army’ the net worth of jihadist militant group ISIS, is estimated to be around A$2.8 billion. The Islamic State militants, who once relied on wealthy donors for money, have now become financially self-sustainable, earning up to a massive A$4.22 million per day.

The largest source of funding for the group comes from its control over an estimated 60 per cent oil fields across eastern Syria and Iraq. ISIS also earns a hefty amount through smuggling, kidnapping, extortion, human trafficking and slavery, and looting financial institutions.

The largest source of funding for the group comes from its control over an estimated 11 oil fields across eastern Syria and Iraq. While there are international sanctions in place around the sale of oil, there are more than enough buyers in the black market willing to do a trade, particularly as the oil from these wells are being sold at a significant discount compared to the legal international oil market.


Analysts in the sector say the militants are selling the oil, and other products, via old established networks under the noses of Kurdish, Turkish and Jordanian authorities. Luay Al-Khatteeb, founder of the Iraq Energy Institute and visiting fellow at the Brookings Institution, estimates ISIS's total revenue from oil production alone, is at approximately A$2.8 million per day.

"Put simply, ISIS is in a position to smuggle over 30,000 barrels of crude oil a day to neighboring territories and countries at a price of between US$25 [A$35] to US$60 [A$84] per barrel depending on the number of middle-men involved," Khatteeb wrote for Brookings. The same oil fetches around A$140 per barrel on the international market.

Drug money is another large source of profit for ISIS, who makes up to an estimated A$1.4 billion annually on drug traffic through its territory, according to the Russian Federal Drug Control Service (FSKN). “The area of poppy plantations is growing,” Russian news agency TASS quoted FSKN head Vickor Ivanov as saying earlier this year.

“This year, I think, we’ll hear news about a record-high poppy harvest, therefore a high yield of opium and heroin. So this issue should be raised not only in Moscow, but also in the UN in general, because this is a threat not only to our country, but also European security,” Ivanov said. “Over the past five years the Balkan route has been split – heroin traffic now also goes through Iraqi territory.”

The group’s looting of financial and world heritage sites in cities under its control have been widely reported worldwide. ISIS militants have been stealing or demolishing precious artifacts and archaeological sites across Syria and Iraq. 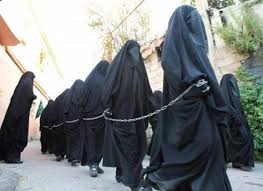 While the group claims that the destruction of these artifacts and sites is religiously motivated, militants have also turned the looting into a moneymaking venture to finance military operations. Artifacts which aren’t destroyed are being sold on the black market for a significant profit.

On September 1 this year, National Geographic published a list of cultural sites that ISIS has destroyed or damaged so far – which cited that 13 archaeological sites had been affected. In June this year, ISIS also posted videos of the group seizing US-made military equipment from Iraqi forces.

U.S. Army Lt. Col. Ralph Peters told Fox News at the time that ISIS has captured thousands of American-supplied vehicles. He added that 2,000 Humvees ended up in the hands of terrorists in the last year, and believes if the US keep sending out equipment, ISIS will get stronger. “We have been the number one source of sophisticated military gear for Islamic State, the Iraqis were only middlemen,” Peters said at the time.

ISIS is estimated to earn in excess of A$1.4 million per day for extortion, taxation and kidnapping ransoms. The group extorts money in connection with everything from fuel, vehicles, school fees and for offering ‘protection’ to locals, the US Department of Treasury notes.

The effectiveness of ISIS's extortion relies on the threat or use of force within its operational territory.  The economic assets in ISIS-held areas include banks, natural resources such as oil and phosphates, and agriculture. The department estimates that in 2014 alone, the group earned at least A$28 million from collecting ransoms for kidnapped victims. 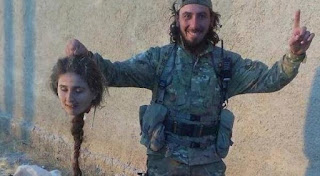 According to recent reports, human trafficking is a significant source of income for the terrorist organisation. Human rights groups claim an estimated 10,000 women and young girls have been abducted and trafficked by the group, many of who are offered as sex slaves to fighters, or sold into prostitution and slavery, earning the group anywhere north of A$280 for each woman sold.


ISIS is also taking advantage of the refugee population from the war it has created. Research by the Global Initiative Against Transnational Organised Crime has found that Syrian refugees are travelling to Libya via Egypt and Sudan. ISIS gangs are charging up to A$1,400 per person for passage to Libya, and up to A$2,700 per person to cross the Mediterranean.


US official details who’s buying the bulk of ISIS oil

Islamic State militants are engaged in oil trading worth as much as $40 million a month with significant volumes sold to the government of President Bashar al-Assad and some finding its way across the border into Turkey, senior U.S. Treasury official Adam Szubin said on Thursday.

“ISIL is selling a great deal of oil to the Assad regime,” Szubin, acting Under Secretary for Terrorism and Financial Intelligence with the U.S. Treasury, said at Chatham House in London. “The two are trying to slaughter each other and they are still engaged in millions and millions of dollars of trade.”

Islamic State militants have made more than $500 million from black market oil sales and looted up to $1 billion from bank vaults in Syria and Iraq, he said in prepared remarks. “Our sense is that ISIL is taking its profits basically at the wellhead and so while you do have ISIL oil ending up in a variety of different places that’s not really the pressure we want when it comes to stemming the flow of funding – it really comes down to taking down their infrastructure,” he said.
Posted by Hla Oo at 6:40 PM