(News article direct from the CLARION PROJECT on 16 December 2015.) 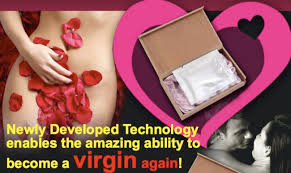 Fake Hymens Selling Out to Muslim Girls in Europe. Muslim women can face death in so-called 'honor killings' if blood is not found after their wedding night. And a German company has been manufacturing fake hymens to a growing market of mostly Muslim women who must prove their virginity on their wedding night, the UK’s Daily Mail reported.

Virginia Care sells packages containing two ultra-thin membranes, to be inserted by the woman herself, which contain fake blood. The blood is secreted when the membrane is pierced, which enables women to trick their husbands and/or in-laws that they were virgins before the marriage. It can also be used by women who are worried their hymens will not rupture and thus will produce no bloodstains.

Their website advertises, “With an artificial hymen from VirginiaCare, you will certainly be able to show the bloodstains on your wedding night!” Although the company delivers all over the world, it’s main client-base is Muslim women living in Europe.


Many Muslim, Hindu and Sikh women in conservative families face social exclusion or even death in so-called "honor killings" if they are found not to be virgins on their wedding night or even if blood is not found after their wedding night. This subject was covered in Clarion's award winning movie Honor Diaries.

“If your product did not exist, I would not now exist either,” read one testimonial. For this reason, VirginiaCare boasts on its website that it has "completely discreet shipping" and can be ordered from any pharmacy.

A fake hymen from Virginia Care costs $54, in contrast to the $2,630 price tag of surgically reconstructing the hymen. Two different models of the device is sold: one which secretes a bright red fluid (in order to convince a husband), while another that secretes red-brown liquid, intended to convince in-laws who inspect the couple's sheets the next day.

“It has been well designed and cannot slip out,” a company spokesman said. “During sex it provides a natural seeming result with a trace of blood mixed with body fluids."

Advice is also given by the company on how to act like a virgin. “The woman needs to show pain. That is exactly what the man expects from a woman having sex for the first time,” instructions read. The company has been in business for five years. Companies in other countries also provide the same service. 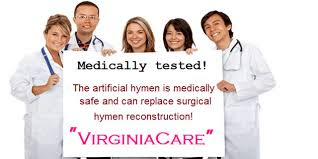 “Cases of honor killings and/or violence in the U.S. are often unreported because of the shame it can cause to the victim and the victim’s family,” Farhana Qazi, a former U.S. government analyst and senior fellow at the Center for Advanced Studies on Terrorism, told Fox News. Unlike other cases of murder, families of the victim go out of their way to obstruct the police, because they perpetrated the crime themselves.

Detective Chris Boughey, works on honor-crime cases across the country said “I learned very quickly that we would receive no assistance from the family. In fact, we received out-and-out defiance and resistance. Although we know they are involved, it can be very hard to prove in a court of law.” For this reason and difficulties in reporting, honor crimes are often not categorized as such. 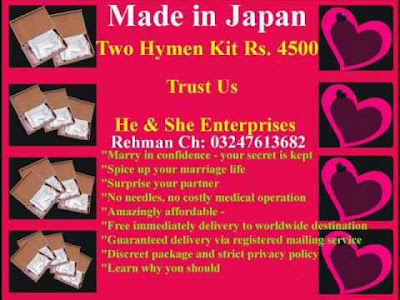 Related posts at following links:
Muslim Fathers Killing Their Own Daughters In US
Honor Killings Of Muslim Girls and Women in US
Posted by Hla Oo at 5:20 PM