Islam Is A Perversion Of Christian Doctrine: St. Aquinas

(Thomas William’s article direct from the BREITBART NEWS on 27 December 2015.) 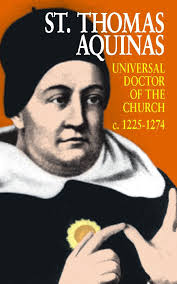 Why Saint Thomas Aquinas and the early Christians Distrusted Islam? The 13th-century scholar Thomas Aquinas, regarded as one of the most eminent medieval philosophers and theologians, offered a biting critique of Islam based in large part on the questionable character and methods of its founder, Mohammed.

Aquinas, a keen observer of the human condition, was familiar with the chief works of the Muslim philosophers of his day–including Avicenna, Algazel, and Averroes–and engaged them in his writings.

Since Islam was founded and spread in the seventh century, Aquinas—considered by Catholics as a saint and doctor of the Church—lived in a period closer to that of Mohammed than to our own day.


In one of his most significant works, the voluminous Summa contra gentiles, which Aquinas wrote between 1258 and 1264 AD, the scholar argued for the truth of Christianity against other belief systems, including Islam.

Mohammad, Aquinas wrote, “seduced the people by promises of carnal pleasure to which the concupiscence of the flesh goads us. His teaching also contained precepts that were in conformity with his promises, and he gave free rein to carnal pleasure.” Such an offer, Aquinas contended, appealed to a certain type of person of limited virtue and wisdom.

“In all this, as is not unexpected, he was obeyed by carnal men,” he wrote. “As for proofs of the truth of his doctrine, he brought forward only such as could be grasped by the natural ability of anyone with a very modest wisdom. Indeed, the truths that he taught he mingled with many fables and with doctrines of the greatest falsity.” 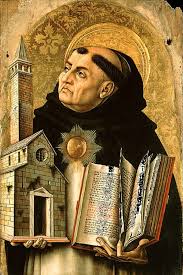 Because of the weakness of Islam’s contentions, Aquinas argued, “no wise men, men trained in things divine and human, believed in him from the beginning.” Instead, those who believed in him “were brutal men and desert wanderers, utterly ignorant of all divine teaching, through whose numbers Muhammad forced others to become his followers by the violence of his arms.”

Islam’s violent methods of propagation were especially unconvincing to Aquinas, since he found that the use of such force does not prove the truth of one’s claims, and are the means typically used by evil men. “Mohammad said that he was sent in the power of his arms,” Aquinas wrote, “which are signs not lacking even to robbers and tyrants.”

At the time Aquinas was writing, Islam was generally considered a Christian heresy, since it drew so heavily on Christian texts and beliefs. Aquinas wrote that Mohammed “perverts almost all the testimonies of the Old and New Testaments by making them into fabrications of his own, as can be seen by anyone who examines his law.”

According to the noted historian Hilaire Belloc, Islam “began as a heresy, not as a new religion. It was not a pagan contrast with the Church; it was not an alien enemy. It was a perversion of Christian doctrine. Its vitality and endurance soon gave it the appearance of a new religion, but those who were contemporary with its rise saw it for what it was—not a denial, but an adaptation and a misuse, of the Christian thing.”

In his Summa contra gentiles, Aquinas ends his argument against Islam by offering a backhanded compliment to Mohammed, noting that he had to keep his followers ignorant in order for them to remain faithful. It was, Aquinas wrote, “a shrewd decision on his part to forbid his followers to read the Old and New Testaments, lest these books convict him of falsity.”

“It is thus clear that those who place any faith in his words believe foolishly,”  he wrote.

(Wikipedia Notes: Tommaso d'Aquino, (1225 – 7 March 1274), also known as Saint Thomas Aquinas , was an Italian Dominican friar and Catholic priest who was an immensely influential philosopher, theologian and jurist in the tradition of scholasticism, within which he is also known as the "Doctor Angelicus" and "Doctor Communis". The name "Aquinas" identifies his ancestral origins in the county of Aquino (in the present-day Lazio region), an area where his family held land until 1137.

He was the foremost classical proponent of natural theology and the father of Thomism. His influence on Western thought is considerable, and much of modern philosophy developed or opposed his ideas, particularly in the areas of ethics, natural law, metaphysics, and political theory.

Unlike many currents in the Church of the time, Thomas embraced several ideas put forward by Aristotle—whom he called "the Philosopher"—and attempted to synthesize Aristotelian philosophy with the principles of Christianity. The works for which he is best known are the Summa Theologica and the Summa contra Gentiles. His commentaries on Sacred Scripture and on Aristotle form an important part of his body of work. Furthermore, Thomas is distinguished for his eucharistic hymns, which form a part of the Church's liturgy.

The Catholic Church honors Thomas Aquinas as a saint and regards him as the model teacher for those studying for the priesthood, and indeed the highest expression of both natural reason and speculative theology. In modern times, under papal directives, the study of his works was long used as a core of the required program of study for those seeking ordination as priests or deacons, as well as for those in religious formation and for other students of the sacred disciplines (philosophy, Catholic theology, church history, liturgy, and canon law).

Also honored as a Doctor of the Church, Thomas is considered the Catholic Church's greatest theologian and philosopher. Pope Benedict XV declared: "This (Dominican) Order ... acquired new luster when the Church declared the teaching of Thomas to be her own and that Doctor, honored with the special praises of the Pontiffs, the master and patron of Catholic schools.")
Posted by Hla Oo at 4:38 PM