Bandar Seri Begawan (Brunei) (AFP) - Christmas is just around the corner, but there are no tinsel-laden trees or Santa hats in the oil-rich sultanate of Brunei, where celebrations have been banned under a shift towards hardline Islamic law.

The all-powerful Sultan Hassanal Bolkiah, one of the world's richest men and notorious playboy, announced last year he would push ahead with the introduction of sharia law, eventually including tough penalties such as death by stoning or severed limbs. Religious leaders in the oil-rich sultanate warned this month that a ban on Christmas would be strictly enforced, for fear that Muslims could be led astray.

Punishment for violating the ban is a five-year jail sentence, and the government warned last year that Muslims would be committing an offence if they so much as wore "hats or clothes that resemble Santa Claus".


Although Christians are free to celebrate, they have been told not to do so "excessively and openly", in a directive that has had a chilling effect on the Southeast Asian nation, which sits on a corner of Borneo island.

Businesses have been warned to take decorations down and authorities have stepped up spot checks across the capital. Hotels popular among Western tourists that once boasted dazzling lights and giant Christmas trees are now barren of festive decor.

"This will be the saddest Christmas ever for me," a Malaysian expatriate resident told AFP, requesting not to be named for fear of reprisals from authorities. "The best part of Christmas day is waking up and having that feeling that it is Christmas, but there's just none of that here and you just feel deprived."

"All this is just because of what the Sultan wants. In 2013, I saw many Muslims together with Christians having a good time at their house parties. Everything was normal and good," he said.

Most people are too scared to speak up about the ban, and while some privately gripe about the rule they know there is little to be done. "I will be working on Christmas after church. We just have to cope," a Filipino waitress -- one of Brunei's many guest workers -- told AFP.

Some people dared to post pictures on social media depicting Christmas cheer using the hashtag #MyTreedom, part of a global campaign to highlight oppression against Christians. At least one church in the capital sported decorations that were visible from the street, a rare glimpse of holiday cheer in the otherwise decoration-free city.

"The ban is ridiculous. It projects this image that Islam does not respect the rights of other religions to celebrate their faith," said a Muslim mother in the capital, also too scared to provide her name. "Islam teaches us to respect one another and I believe it starts with respecting other religions even if what is being banned are ornamental displays."

Others were more tempered, and urged the prohibition to be respected. "It is an Islamic country and so with respect to the law, churches need to keep decorations indoors," said a Christian Bruneian, unfazed by the strict rules. "The meaning of Christmas for us isn't all about Christmas decorations."

However, the prohibition does not extend to the business interests of the sultan, whose estimated $20 billion fortune includes the historic Beverly Hills Hotel -- part of his Dorchester Collection with branches in London, Paris, Milan and Rome. 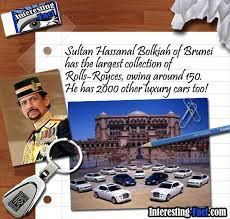 It is Christmas as usual this year in the upscale Le Richemond hotel in Geneva where guests are greeted by lavish displays in the hotel lobby, include bowls overflowing with pine branches, ornaments and candles aplenty. The Le Meurice hotel in Paris advertises a Christmas eve seven-course gourmet menu for 650 euros -- before drinks -- while the Beverly Hills Hotel is decked out for the holidays too.

Before unveiling the hardline law, the sultan had warned of pernicious foreign influences such as the Internet and indicated he intended to place more emphasis on Islam in the conservative Muslim country.

Strict rules against homosexuality in the sharia law, punishable with death by stoning, sparked a backlash among A-listers including Jay Leno, Ellen DeGeneres and business tycoon Richard Branson, who called for the hotels to be boycotted.

The sultan is no stranger to controversy at home either -- the monarchy was deeply embarrassed by a family feud with his brother Jefri Bolkiah over the latter's alleged embezzlement of $15 billion during his tenure as finance minister in the 1990s. Court battles and investigations revealed salacious details of Jefri's un-Islamic jetset lifestyle, including claims of a high-priced harem of foreign women and a luxury yacht he owned called "Tits".

Some say that Brunei is on a dangerous path towards religious intolerance in a state where only nine percent of 430,000 population are Christian. "In a globalised world, many countries are trying to unite different people and different religions but it doesn't seem to be the case here," a Catholic foreign worker told AFP. "What's happening here is that Christians are being alienated from the majority Muslim community."

Police have been given orders to forcibly break up any such festivities. The move comes after the Sultan of Brunei imposed a five-year jail sentence on anyone caught celebrating Christmas outwardly.

Christians are permitted to celebrate, but not “excessively and openly.” Decorations have been banned from all public places, including many hotels which, in former years, have had extensive displays.

“Using religious symbols like crosses, lighting candles, putting up Christmas trees, singing religious songs, sending Christmas greetings ... are against Islamic faith,” a statement put out by a group of imams read. “This will be the saddest Christmas ever for me,” a Malaysian resident of Brunei told reporters. However, the Sultan of Brunei’s chains of hotels in America and Europe will be having Christmas decorations.


Brunei introduced sharia law last year, and it is being implemented in phases. It began with  fines for breaches such as out-of-wedlock pregnancy and failure to attend Friday prayers. Floggings, amputations and executions will be instituted later.  Somalia and Brunei join most of the countries that implement sharia as state law and placing severe restrictions on Christianity.