The Innocence Of Barack Hussein Obama

(Baron Bodissey’s Articledirect from The GATES OF VIENNA  on 23 March 2016.) 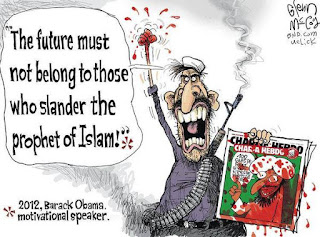 Before I get into tonight’s main topic, two things need to be said: 1. There is no way to determine whether Barack Obama is a Muslim. At least not yet. 2. What difference, at this point, does it make?

As has often been noted, whenever President Obama enacts policies that affects Muslims, his decisions always favor Muslims. Always. So, for all practical purposes, we may consider him a Muslim.

And every now and then he does or says something that functions as what the defense policy analysts might call an “indicator”. One such tell emerged yesterday when Mr. Obama voiced his thoughts about the terror attacks in Brussels:


“The thoughts and prayers of the American people are with the people of Belgium and we stand in solidarity with them in condemning these outrageous attacks against innocent people,” Obama said.

For those who follow the Great Jihad closely, one word in that sentence leaps out: innocent. Why “innocent”? It’s a peculiar turn of phrase, if you think about it. A political leader might be expected to refer to the victims as “civilians”. But “innocent”? Is there a way that the dead and wounded could somehow be considered “guilty”?

Actually, there is: they could be non-Muslims. If you are a Muslim, and you obey Islamic law, then you believe the “murder of innocents” means “to kill Muslims without just cause”. So there were presumably Muslims among the dead and wounded yesterday in Brussels — those were the “innocent people”.

This is the standard formula used by Muslim spokesmen after any Islamic terror attack: “We condemn all forms of terrorism. Islam forbids the killing of innocent people.” This is what you hear from CAIR, the OIC, the MCB, etc. When they say “innocent”, it’s a code word for “Muslim”.

Was Barack Hussein Obama using the word that way? There’s no way for us to tell, of course; it’s just another data point. And a lot of similar data points have accumulated over the past seven years.

The following summary is drawn from a comprehensive analysis of Islamic law by Maj. Stephen Coughlin.

There are certain terms of art that have variant meanings under Islam. Sometimes their use is dishonest, but not always. Islam is a religion of peace. Peace in Islam comes from submission to Islam, so when do you have true peace? When the entire world has been brought under Islamic law.

Islamic Peace By The Jihad Terror

There is an Islamic requirement to bring peace to the world, but when peace has been brought to the whole world, it means the whole world is now under the rule of Dar al-Islam. Muslims have a different understanding of “peace” than we do, but within the context of Islamic law, it makes complete sense.

Brigadier S. K. Malik’s important work The Quranic Concept of War was published in English in 1979. Malik was a serving brigadier general in the Pakistani Army. The then-chief of staff of the army, Zia ul-Haq, said the book would serve as the army’s doctrine. So Gen. Malik’s work was more than just his opinion; it contained the operational guidelines for the Pakistani military.

When Gen. Malik talks about the Quranic concept of war (pp 57-58), he includes the four following quotes from the Koran to make his point.[1]

- I am with you: give firmness to the Believers: I will instill terror into the hearts of the unbelievers. (Qur’an 8: 12)
- Soon shall We cast terror into the hearts of the Unbelievers. (Qur’an 3: 151)
- And those of the People of the Book who aided them, Allah did take them down from their strongholds and cast terror into their hearts, so that some ye slew, and some ye made prisoners [the women and the children]. And he made you heirs of their lands, their houses, and their goods, and of a land which ye had not frequented (before). And Allah has power over all things. (Qur’an 33: 26-27)
- Let not the unbelievers think that they can get the better (of the Godly): they will never frustrate them. Against them make ready your strength of the utmost of your power, including steeds of war to strike terror into (the hearts of) the enemies of Allah and your enemies, and others besides, whom ye may not know, but whom Allah doth know. (Qur’an 8:56-60)

Given that Allah “made you heirs of their lands…and of a land which ye had not frequented”, it could hardly be said that Mohammed and his followers were engaged in defensive warfare. On the contrary, the forces of Islam mounted an offensive and conquered another tribe or group.

It is well-established that this revelation is associated with the conquest of a Jewish tribe known as the Banu Qurayza.[2] All the men were beheaded, the women and children were taken into custody, and the land was confiscated. 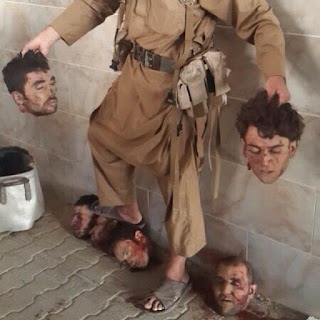 In the final citation, Allah strikes terror “into (the hearts of) the enemies of Allah any your enemies, and others besides, whom ye may not know, but whom Allah doth know.” When someone insists that Islam does not permit the killing of noncombatants, we need to remember this verse.

Interestingly enough, the argument can be made that Islam defines “noncombatants” as innocent Muslims. The infidel’s status is harbi, “enemy”, because he comes from the territory of war.

Therefore, according to the inexorable logic of these Koranic verses — the uncreated word of Allah — there is no such thing as a noncombatant infidel. All non-Muslims in Dar al-Harb are enemies, and the believer may and should strike terror into their hearts and kill them when necessary.

Based on the above citations from the Koran, Brigadier General S. K. Malik concludes:[3]

TERROR struck into the hearts of the enemies is not only a means; it is an end in itself. Once a condition of terror into the opponent’s heart is obtained, hardly anything is left to be achieved. It is the point where the means and the end meet and merge. TERROR is not a means of imposing decision upon the enemy; it is the decision we wish to impose upon him.

So Malik concludes that the Quranic concept of war is terror, with four quotes from the Koran to back up his argument. On page 60, the last paragraph of the last page of the same chapter is very important:

Terror cannot be struck into the hearts of an army by merely cutting its lines of communication or depriving it of its routes to withdraw. It is basically related to the strength or weakness of the human soul. It can be instilled only if the opponent’s Faith is destroyed. Psychological dislocation is temporary; spiritual dislocation is permanent. … To instill terror into the hearts of the enemy, it is essential, in the ultimate analysis, to dislocate his faith. An invincible faith is immune to terror.[4]

The object of jihad is therefore the destruction of faith. It aims to destroy our faith in our God, in our government, in our legal system, in our entire world. Once we lose faith in our world, we become subject to Dawah — an mission of outreach to convert to Islam. 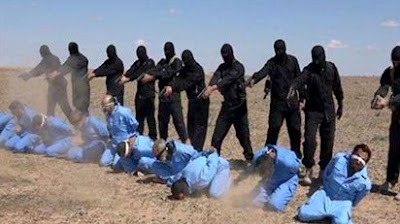 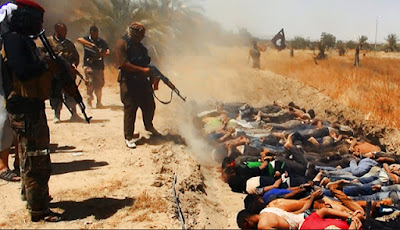 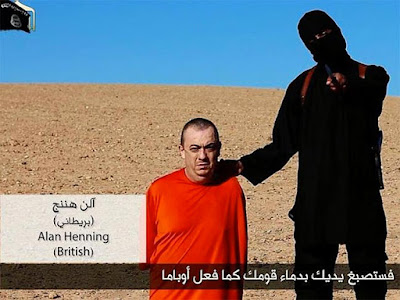