Trump has finally inspired me to leave Islam. 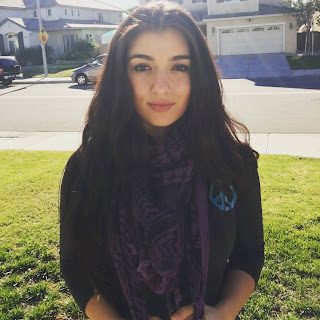 Hey the_donald, I'm a 19 year old girl living in America with muslim immigrant parents. Until yesterday, I had not once removed my Hajib in my life while outside. I tried to do it once when I was 10 years old, and my parents grounded me for a week.

Let me tell you something right now, there are no "moderate muslims". There are no "assimilated muslims". Throughout my life, I have been to three different mosques regularly. Everyone there had some kind of animosity to America. Either they support jihadist actions outright or they refuse to condemn them, or they victim blame christians and the west. Every time theres a terrorist attack, all over the media there are reports of muslims who speak out against jihad or protest terrorists.


The last time I went to service at my mosque was right after the Brussels attack. You want to know how many of them were condemning it? 0. Not a single one. My parents over facebook (which they refuse to let me post publically to) both started complaining about Islamophobia that would sprout. Not even a faux prayer for the victims. I've been secretly watching Trump and his speeches for the last few months, and agreeing with what he says about Islam. This religion is fucking garbage. You want to know what people at my mosque say to me when I ask them about Trump or about terrorists crossing the border?

I have internalized this all my life and just recently I had joined a feminist group on campus where there were a surprising number of Trump supporters, who have helped me through this. While they didn't push me to take off my hajib and renounce Islam, Ive decided to do it myself. My parents have not assimilated. None of my "friends" from mosque have either. I want to be a doctor, I want to have sex, I want to walk around town without a male chaperone. None of these things are permitted. Let me be clear, no muslim girl is wearing a hajib by choice. They know that if they're caught without one, they WILL be punished. My parents will probobly disown me when they find out, but fuck it.

The worst part is all the liberals on campus apologizing for mulims, especially the Bernie girls going around wearing Hajibs "in solidarity". Well congratulations, you are officially a conquered people of the caliphate. When liberals do this and encourage more muslims to enter the country, people at the mosques are not sighing in relief that whites aren't racist, they are giddy that they are accepting the new islamic state so easily.

Only Trump is standing up to these animals. We don't want a single one in our country. If Trump doesn't win, I will happily die the last woman not covering her head. Liberals have no idea what Islam really is.

Screw it, I left Islam. 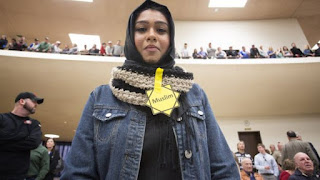 The other post gave me courage to admit it as well. I think I left my faith a few months ago, but just got realized it, if you get what I mean.

I have no freedom as a woman, and I am tired of the hate and vitriol against fellow Americans by Muslims. I never really agreed with the values that are so repressive to society.

My first time admitting this to anyone other than my close friends. I do support Trump and probably would have supported him even if I was a Muslim. Anyone who thinks Muslims can assimilate in any society that isn't dominated by Islam is fucking insane.


I want to go clubbing, have fun, maybe talk to some boys like other normal girls. I fucking hate my life right now. I just want the chains off and I feel like this subreddit is going to understand. I don't know whether I am an atheist now, but I'm definitely not a Muslim woman any more.
Posted by Hla Oo at 5:17 AM