The Myth Of The Oppressed European Muslims

The Pernicious Myth Of The Oppressed European Muslim. Pope Francis kisses the foot of a man during the foot-washing ritual at a refugee center near Rome on Thursday. The pontiff washed and kissed the feet of Muslim, Orthodox, Hindu and Catholic refugees, declaring them children of the same God, in a gesture of welcome and brotherhood at a time when anti-Muslim and anti-immigrant sentiment has spiked following the Brussels attacks.

Multiculturalism: A narrative popularized by liberal pols and pundits is that the Belgian and French terrorists were mistreated and alienated by the native population, and that’s why they lashed out in violence. It’s a pernicious lie.

A former Obama official summed up this pathetic excuse-making for mass murder on Wednesday during an appearance on MSNBC’s “Morning Joe.” “These communities, especially in Brussels . . . are looked down upon because of their religion,” claimed a former deputy assistant secretary of defense, Evelyn Farkas. “The whole mindset in Europe needs to shift in order to give these people equal opportunity, and frankly, respect.”


Added Farkas: “These communities do not feel sufficiently respected and accepted within many of these European countries. And even if you have trouble assimilating them, you have to give them equal opportunity to make a living. A lot of these young men didn’t have many opportunities.”

This is pure mythology. Farkas and other terrorist apologists need to put down the violins and do some basic research. Fact is, Belgium’s government has been extremely generous toward its Muslim population. Most of its welfare goes to Muslims, and it even subsidizes their mosques and imams.

Many of these young Muslim men who supposedly can’t find gainful employment don’t want to work. Why would they, when welfare checks are normally 70% to 80% of their income?

Not having a job is a conscious decision. Many see it as their religious duty not to make any economic contribution to the “kaffir” state hosting them. By not holding regular jobs, they have time to make “hijrah” to Syria, where they can train for jihad and return with other “skills” like manufacturing nail bombs in safe houses unmolested by authorities (who agree not to make raids at night out of respect for Muslim neighborhoods).

Far from being mistreated, Belgian Muslims are one of the most pampered minorities in Western history.

Lest it offend its burgeoning Muslim population, Belgium has “de-Christianized” its Christian holidays. The holiday previously known as All Saints Day is now referred to as Autumn Leave, Christmas Vacation is now Winter Vacation, Lenten Vacation is now Rest and Relaxation Leave and Easter is now Spring Vacation.

Meantime, it’s allowing the construction of massive mosques, including one with a 60-foot minaret that will automatically light up during calls to prayer. Authorities even let Muslim hate-preachers sermonize at the subway stations in Brussels, including one known to approach young Muslims and persuade them to go and fight in Syria. 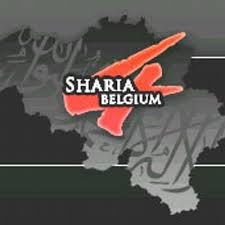 Sharia4Belgium is one of most popular youth organizations in the country. Its young Muslim bullies go around harassing non-Muslims to comply with Sharia law on the street, banning the smoking of cigarettes, the use of alcohol and the sale of pork. Women who don’t cover up get pawed, or worse, raped. The problem isn’t intolerance. It’s the multiculturalist socialist paradise that the entire European Union affords Muslim immigrants.

As a result, welfare is abused by Muslims across Europe — some 80% of Muslim immigrants to Europe are on the dole, and more than half are “economically inactive.” Muslims claim disability more than any other group.

In the EU capital of Belgium, as well as neighboring Netherlands, Muslims are roughly 5% of the population yet consume 40% to 60% of the welfare budget. Belgium spends more on unemployment benefits than any other country outside Denmark.


European society isn’t oppressing Muslim immigrants. Far from it. It’s coddling them, providing them a comfortable living. And they return the favor by disemboweling their gracious hosts. 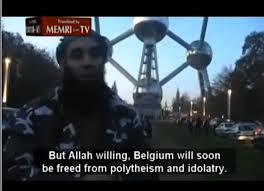 A radical Islamic group that recruited youngsters to fight in Syria was a terrorist organisation that wanted to overthrow democracy and impose sharia law, a Belgian court has ruled after the largest trial of its kind in Europe.

The court in Antwerp sentenced the Sharia4Belgium group’s leader Fouad Belkacem to 12 years’ imprisonment and gave dozens of other members lesser sentences. Belkacem, who was led into court in handcuffs by police in body armour, smiled as he listened to the judgment.

Other senior leaders of the group were sentenced to 15 years because judges said that, unlike Belkacem who had remained in Belgium, they were actively involved in terrorism in Syria.

The verdicts came in one of Belgium’s biggest-ever terror trials in which 46 people were originally accused, although only seven appeared in court. Others are believed to be fighting with Sunni armed groups in Syria or to have died in its civil war.

In a written judgment, Judge Luc Potargent said that Sharia4Belgium wanted a “totalitarian” Islamic state in which “there is no freedom, no human rights, no place for personal development, science or culture. Their state is based on violence and fear.” He added: “It is clear that Belkacem... prepared young people physically and psychologically for armed combat.”

Belkacem, born in a small town between Antwerp and Brussels, was sentenced to three years in prison in 2008 for his part in a large drug-smuggling ring. An appeal is still pending before a Brussels court.

Members of Sharia4Belgium not only went to fight with al-Qaeda’s Syria wing, Jabhat al-Nusra, and organisations which later developed into Isis in Syria, but also went to Yemen, the judge said.

“The law doesn’t state that terrorist attacks already have to be carried out to qualify a group as a terrorist organisation. They only have to have the intention to one day carry out such attacks,” he added.

Much of the prosecution case relied on the testimony of 20-year-old Jejoen Bontinck, a member of Sharia4Belgium who made national headlines when his father went to Syria to convince him to return. Bontinck was given a 40-month suspended sentence, less than the four years recommended by prosecutors, after he gave evidence against his former fellow fighters.

Clamping down on the Sharia4Belgium network, which was disbanded more than two years ago, appears to have done little to rein in Islamic extremists in the country. Police have carried out a string of raids and arrests this year since a gun fight with suspected Islamic terrorists in the eastern industrial town of Verviers, shortly after the Paris terror attacks last month.

Belgian police said the Verviers operation, which left two suspected extremists dead, foiled an imminent terror attack. In the aftermath of the raid, paratroopers were sent onto the streets to help police maintain security and Belgium raised the level of its terror threat warning.

Dimitri Bontinck, the father of Jejoen Bontinck, warned the trial could only fuel unrest. “This verdict could create more hate and frustration,” he said.