“The Committee, which is responsible for overseeing the activities of the Intelligence Community, hopes the publication of this information will help inform the public about abuses that have occurred at the DOJ and FBI, and spur needed reform and accountability at those agencies so that similar abuses will not occur under any administration, Democrat or Republican,” the committee said in a statement accompanying the memo.

“The government’s surveillance capabilities are extraordinary powers that must be carefully circumscribed to protect Americans’ civil liberties. Any use of these powers for political purposes or any purpose other than defending the American people is intolerable,” it said.


Democrats, as well as senior officials at the Justice Department and the FBI, had pushed back hard against its release. Among the memo’s keypoints are:

•   The Committee has made this memo public due to the American people’s right to know this information.

•   The Committee, which is responsible for overseeing the activities of the Intelligence Community, hopes the publication of this information will help inform the public about abuses that have occurred at the DOJ and FBI, and spur needed reform and accountability at those agencies so that similar abuses will not occur under any administration, Democrat or Republican.

•   The government’s surveillance capabilities are extraordinary powers that must be carefully circumscribed to protect Americans’ civil liberties. Any use of these powers for political purposes or any purpose other than defending the American people is intolerable.

•   The decision to release the memo was procedurally sound, in accordance with House and Committee rules, and included review by the Executive Branch and over 200 members of the House.

•   It is in the public interest to release the memo, which was carefully crafted to safeguard national security.

•   The Steele dossier formed an essential part of a FISA application targeting Carter Page. Former FBI Deputy Director McCabe confirmed that no surveillance warrant would have been sought from the Foreign Intelligence Surveillance Court (FISC) without the Steele dossier information.

•   Steele was paid over $160,000 by the Democratic National Committee (DNC) and Hillary for America (Clinton campaign) for his dossier. Neither the initial application in October 2016, nor any of the renewals, disclose or reference the role of the DNC, Clinton campaign, or any party/campaign in funding Steele’s efforts, even though the political origins of the Steele dossier were then known to senior DOJ and FBI officials.

•   While the FISA application relied on Steele’s past record of credible reporting on other unrelated matters, it ignored or concealed his anti-Trump financial and ideological motivations. Before and after Steele was terminated as a source, he maintained contact with DOJ via then-Associate Deputy Attorney General Bruce Ohr. In September 2016, Steele told Ohr, he “was desperate that Donald Trump not get elected and was passionate about him not being president.” Ohr later relayed this evidence of Steele’s bias to FBI, where it was recorded in official files, but not included in any of the FISA applications. None of the FISA applications mention that the FBI had separately authorized payment to Steele for the dossier information.

•   According to the head of the FBI’s counterintelligence division, Assistant Director Bill Priestap, corroboration of the Steele dossier was in its “infancy” at the time of the initial Page FISA application. In early January 2017, Director Comey briefed President-elect Trump on a summary of the Steele dossier, a document he later described as “salacious and unverified.”

•   The Page FISA application incorrectly assesses that Steele did not directly provide information to Yahoo News. Steele has admitted in British court filings that he met with Yahoo News—and several other outlets—in September 2016 at the direction of Fusion GPS.

•   Perkins Coie, the law firm that hired Fusion GPS on behalf of the DNC and Clinton campaign, was aware of Steele’s initial media contacts, and hosted at least one meeting in Washington D.C. in 2016 with Steele and Fusion GPS.

•   The Page FISA application also mentions information regarding fellow Trump campaign advisor George Papadopoulos, but there is no evidence of any cooperation or conspiracy between Page and Papadopoulos.


•   The Memo is NOT intended to undermine the Special Counsel: It is intended to expose past abuses of the FISA process at DOJ and FBI.

•   The Memo is NOT intended to undermine DOJ or FBI: The House’s fulfillment of its constitutional responsibilities enables effective constitutional oversight of those agencies.

•   The Memo does NOT undermine FISA Section 702: It has nothing to do with Section 702, which targets foreigners located overseas.

•   The Memo does NOT result from cooperation with the White House: No one outside the House Intelligence Committee played any role in drafting the memo.

•   The Memo is NOT a collection of partisan talking points: It lays out important facts for the American people about FISA abuses.

•   The Memo is NOT the product of “secret changes”: Minor edits were made BEFORE the vote to publicly release the memo, which was procedurally sound.

•   The Memo is NOT a staff-driven exercise: All Committee Republican Members were engaged in the process that led to the memo.

•   The Committee did NOT suppress the Democrats’ memo: It voted unanimously to follow the same process for minority memos by first making it available to the House. 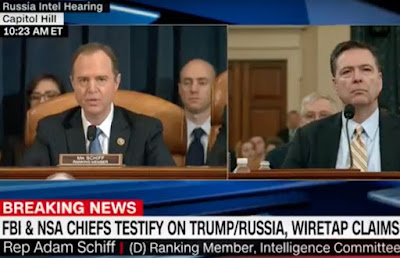 •   HPSCI Ranking Member Adam Schiff has been a ceaseless opponent of the Committee’s attempts to collect and share information on FISA abuses. He even denounced the Committee’s issuance of subpoenas to the DOJ and FBI for information the agencies were withholding from Congressional oversight.

•   In a last-ditch effort to block publication of the HPSCI memo, Ranking Member Schiff issued a press release complaining about minor edits the Committee made to the memo.

•   The edits, implemented before HPSCI voted to make the memo public, included routine, minor technical changes and edits suggested by the FBI and by the Committee Minority themselves, respectively.


•   Ranking Member Schiff’s press release was one in a long line of media stunts meant to oppose transparency and stifle the Committee’s investigation of possible surveillance abuses by top officials at the FBI and DOJ. 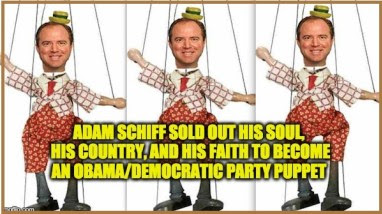