(Lindsay Murdoch’s article from The SYDNEY MORNING HERALD on 17 February 2018.)

Bangkok: The United Nations investigator of human rights in Myanmar has accused Nobel laureate Aung San Suu Kyi of “complicity” in the slaughter of Rohingya Muslims, an event which has the “hallmarks of genocide”.

Yanghee Lee, a leading child rights expert appointed to the UN post in 2014, said it is possible that Myanmar’s defacto leader could eventually face charges relating to genocide or crimes against humanity in an international tribunal.

In the UN’s strongest condemnation yet of the one-time hero of democratic rights, Lee said Suu Kyi is either in denial or far removed from the Myanmar military’s atrocities against Rohingya in the country’s Rakhine State, including mass killings, rapes and the burnings of children, which have been extensively documented.


“I’m afraid she has been a role model for everyone, including me, and an angel,” Lee said. “And it is really disappointing. She was never a Goddess of democracy and human rights…she was a politician and is still a politician,” she said. Suu Kyi, the 72 year-old daughter of Myanmar’s independence hero Aung San, has borne the brunt of international outcries over the atrocities and been stripped of a welter of honours from her days fighting for democracy.

Min Aung Hlaing posted a photograph to his official Facebook page of him smiling alongside his Thai counterpart as he received the “Knight Grand First Class of the Most Exalted Order of the White Elephant.” in Bangkok.

The Royal Thai Armed Forces said in a statement the award was to “show the long and close relations” between the two countries. A Thai Defence Ministry spokesman said “it’s tradition to give a royal decoration to supreme commanders of foreign countries.”


Thailand also invited Myanmar as observers to military exercises in Thailand, prompting criticism from rights groups who questioned why a military accused of ethnic cleansing was being given access.

Despite overwhelming evidence against Myanmar soldiers, the Turnbull government has also refused to cut military ties with Myanmar or to condemn its generals. The ties include the hosting of two dozen Myanmar military officers for training in Australia, as well as providing other support.

In the interview with British television Lee, who was banned from visiting Myanmar in January, after making previous visits, said conditions are not safe for almost one million Rohingya in Bangladesh to return to Rakhine.

Bangladesh on Friday handed over the first 8000 Rohingya to Myanmar to kick-start a repatriation program agreed between the two countries in November. But Lee said Rohingya cannot be safely repatriated unless Myanmar dismantles repressive and discriminatory policies against them, adding that even if they return “you will see the same thing happen.”

Myanmar has for decades refused to grant Rohingya basic rights such as citizenship and freedom of travel. Lee also said she believes more mass graves will be discovered in Rakhine in the coming months.“I have received information,” she said. More than 1.1 million Rohingya see Rakhine as their homelands and have been living there for generations but Buddhist-majority Myanmar regards them as interlopers from Bangladesh.

GENEVA (Reuters) - The U.N. independent investigator into human rights in Myanmar called on Wednesday for stronger international pressure to be exerted on Myanmar’s military commanders after being barred from visiting the country for the rest of her tenure.

Yanghee Lee, U.N. special rapporteur, had been due to visit in January to assess human rights across Myanmar, including alleged abuses against Rohingya Muslims in Rakhine State. But Myanmar had told her she was no longer welcome, she said, adding in a statement that this suggested something “terribly awful” was happening in the country.

She said it was alarming that Myanmar was strongly supported by China, which has a veto at the U.N.’s top table in New York. Other countries including the United States and human groups were advocating targeted sanctions on the military, she said. (The rights of Muslims in Burma are nothing compared to the strategic importance of Burma to China, Lee should know it by now, for she cannot even get a visa to Burma.) 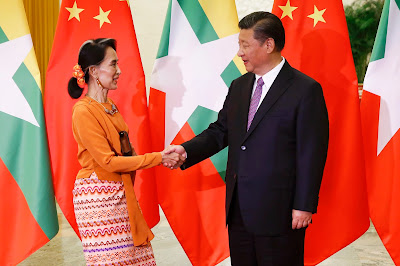 “It has to work. And I’m sure the world has to find a way to make it work. And I think the United Nations and its member states should really try to persuade China to really act towards the protection of human rights,” she said.


Surveys of Rohingya refugees in Bangladesh by aid agency Medecins Sans Frontieres have shown at least 6,700 Rohingya were killed in Rakhine state in the month after violence flared up on Aug 25, the aid group said last week.

More than 650,000 Rohingya have fled into Bangladesh since Aug. 25, when attacks by Muslim insurgents on the Myanmar security forces triggered a sweeping response by the army and Buddhist vigilantes.

Speaking in Beijing, Chinese Foreign Ministry spokeswoman Hua Chunying said the situation in Rakhine State was an internal affair for Myanmar with its own complex history. Myanmar and Bangladesh resolving this issue was the only way to go, she told reporters.

The international community should provide constructive help for Myanmar and Bangladesh to resolve the issue rather than complicating it, Hua added. U.N. High Commissioner for Human Rights Zeid Ra‘ad al-Hussein has called the violence “a textbook example of ethnic cleansing” and said he would not be surprised if a court eventually ruled that genocide had taken place.

Lee had planned to use her visit to find out procedures for the return of Rohingya refugees, and to investigate increased fighting in Kachin State and Shan Sate in northern Myanmar, where the military is battling autonomy-seeking ethic minority guerrillas.

Lee, in an earlier statement, said Myanmar’s refusal to cooperate with her was a strong indication that there must be “something terribly awful happening” throughout the country, although the government had repeatedly denied any violations of human rights.

“They have said that they have nothing to hide, but their lack of cooperation with my mandate and the fact-finding mission suggests otherwise,” she said. She was “puzzled and disappointed”, since Myanmar’s ambassador in Geneva, Htin Lynn, had told the U.N. Human Rights Council only two weeks ago that it would cooperate.

“Now I am being told that this decision to no longer cooperate with me is based on the statement I made after I visited the country in July,” she said. Htin Lynn did not respond to a request for comment. 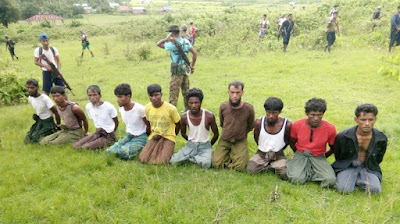 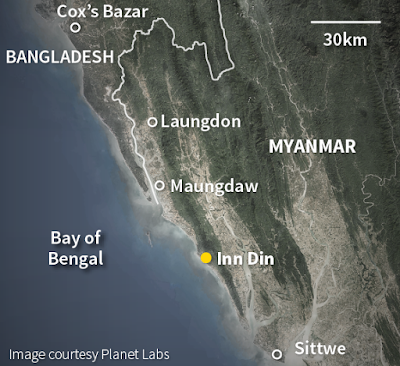