New York Ebola doctor was told by charity he worked for that he didn't have to self-quarantine after returning from Ebola-ravaged country. Dr Craig Spencer returned to the U.S. on October 17 from Guinea where he was treating patients with non-profit group, Doctors Without Borders.

Doctors Without Borders (MSF) said 'Self-quarantine is neither warranted nor recommended when a person is not displaying Ebola-like symptoms' and insisted Dr Spencer had followed Medecins Sans Frontieres (MSF) protocols since his return from Africa.

MSF told MailOnline contrary to reports they are not considering a mandatory quarantine for healthcare workers returning from West Africa even though, since March, three MSF international staff members have been infected with deadly Ebola.

New York's Ebola-stricken doctor was told by the charity that he worked for that he did not have to self-quarantine after returning from an Ebola-ravaged country. Dr Craig Spencer returned to the U.S. on October 17 from Ebola 'hot zone' Guinea where he was treating patients with non-profit group, Médecins Sans Frontières/Doctors Without Borders (MSF).

Today MSF still insisted that 'self-quarantine is neither warranted nor recommended when a person is not displaying Ebola-like symptoms' and released a statement saying Dr Spencer had followed the MSF protocols and guidelines since returning from West Africa.

A spokesperson told MailOnline that contrary to reports they are not considering mandatory quarantine for healthcare workers returning from West Africa. Their guidelines state that staff members returning from Ebola assignment must self-monitor their health for 21 days to cover the incubation period of the virus.

This includes checking temperatures twice daily, finishing a course of malaria treatment (malaria symptoms can mimic Ebola symptoms), monitoring themselves for a fever, and staying within four hours of a hospital with isolation facilities.

After news broke that Dr Spencer was infected they issued a statement saying: 'Our colleague in New York followed the MSF protocols and guidelines since returning from West Africa.


Today Doctors Without Borders still insisted: 'Self-quarantine is neither warranted nor recommended when a person is not displaying Ebola-like symptoms'. Dr Spencer was taken in an ambulance by a hazmat crew from his home in Harlem on Thursday morning with 100.3F fever, diarrhea, nausea, pain and fatigue.

At the immediate detection of fever on the morning of October 23, 2014, he swiftly notified the MSF office in New York.

Upon returning to the United States, each MSF staff member goes through a thorough debriefing process, during which they are informed of our guidelines. The guidelines include the following instructions:

1. Check temperature two times per day
2. Finish regular course of malaria prophylaxis (malaria symptoms can mimic Ebola symptoms)
3. Be aware of relevant symptoms, such as fever
4. Stay within four hours of a hospital with isolation facilities
5. Immediately contact the MSF-USA office if any relevant symptoms develop

'He did not leave his apartment until paramedics transported him safely to Bellevue Hospital in Manhattan, and he posed no public health threat prior to developing symptoms. Doctors Without Borders said: 'As long as a returned staff member does not experience any symptoms, normal life can proceed.

'Family, friends, and neighbors can be assured that a returned staff person who does not present symptoms is not contagious and does not put them at risk. The circumstances under which the staff member contracted Ebola have not yet been determined.

'Tragically, as we struggle to bring the Ebola outbreak in West Africa under control, some members of our staff have not been spared,' said Sophie Delaunay, executive director of MSF.

Dr Spencer was described as being in a stable condition in an isolation unit today, officials said. The city's Socialist mayor Bill de Blasio said he was in 'good shape' during a press conference on Friday afternoon at Bellevue Hospital.


The mayor appealed for calm, telling New Yorkers that they are 'simply not at risk' unless they have come in contact with the bodily fluids of the city's first Ebola patient.

The city’s first Ebola patient initially lied to authorities about his travels around the city following his return from treating disease victims in Africa, law-enforcement sources said.


Dr. Craig Spencer at first told officials that he isolated himself in his Harlem apartment — and didn’t admit he rode the subways, dined out and went bowling until cops looked at his MetroCard the sources said.

“He told the authorities that he self-quarantined. Detectives then reviewed his credit-card statement and MetroCard and found that he went over here, over there, up and down and all around,” a source said.

Spencer finally ’fessed up when a cop “got on the phone and had to relay questions to him through the Health Department,” a source said.

Officials then retraced Spencer’s steps, which included dining at The Meatball Shop in Greenwich Village and bowling at The Gutter in Brooklyn. 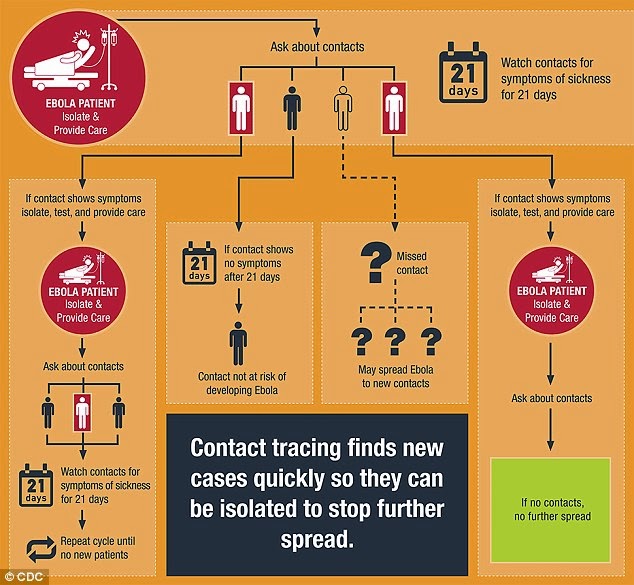 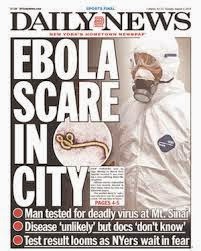