(Article direct from the European Parliament Newspaper on 19 October 2014.) 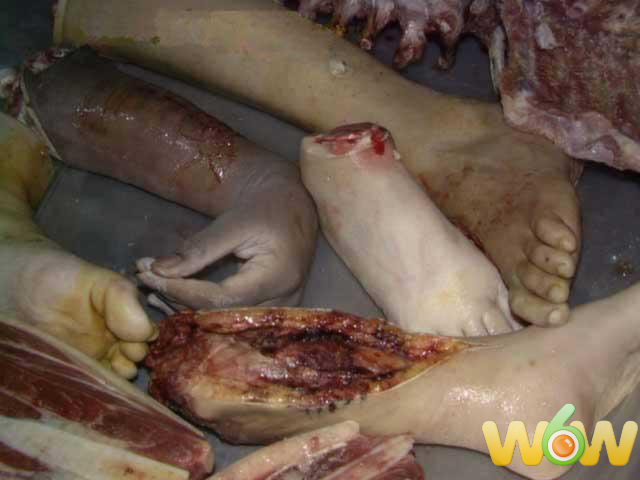 In Baluchistan, a resource-rich province of Pakistan, thousands of innocent civilians and activists have been missing for decades now. The missing individuals have been abducted by Pakistan’s military and associated forces as a way to suppress and subjugate the Baluch people.

The actual number of missing people is not known nor has the government taken any steps over years to bring the families to justice.  According to International Voice for Baluch Missing persons 18,000 persons went missing in the 2001-2013, out whom 2000 were killed and their bodies were found mutilated on lone streets.

Amid all these intense situations comes news of human meat being served in Quetta, Baluchistan. In a recent revelation that was shunned by Pakistani Army and no media was allowed to publish the news, in many small restaurants human meat was being served.


On further investigation by local police it was revealed that Asghar Hassan received human bodies in an interval of time, the identity of the supplier of body was not known to Hassan, along with the bodies he received an amount of 1,00,000 Pakistani Rupees to get the job done.

Hassan processed meats from these bodies dried the blood draining it to sewage system and process the rest of the body remains to extract meat from his machinery unit. He added flex with the bones and sold the meat to small restaurants in the province.

No media has reported this criminal act of cannibalism as army spurned the reporter to do so. With the knowledge of the supplier of the bodies to Hassan traders being a mystery gives room for many speculations.

The question arises who are these deceased people whose bodies are being sold with a cash price for acceptance to the trader? Where does the supplier to Hassan trader get these bodies from? Why has the supplier not revealed its identity? Why the local police and army not broadcast the news?

Of all questions aside one would definitely think of understanding the connection between supplied bodies and the prevalence of the condition in region of Baluchistan. Understanding the gravity of the mystery firstly it draws attention that the case of human flesh occurs in the region where case of missing persons has been unanswered for ages.

The only plausible explanation that can be incorporated that these bodies could belong to the group of missing people whose existence has been a question mark. It is very well known that Pakistani army and its allied forces were known in the past for mistreating the ones captured by them in torture cells so maintained by the forces, organ trade carried by them was revealed by witnesses collected from many of those who could escape the cells. Could this be a possibility or effort taken by the forces to get rid of the bodies of the missing people so as to steer clear of Human Rights Watch from army’s back?

If this is the situation the forces have surpassed the line miles ahead of insanity and brutality and if it is not a situation if the entire case of human mean serving is a hoax the government of the country and its armed forces are answerable to world clarifying the present situation and cause of hiding such act of cannibalism.

The army has taken precautions to keep the news in the hidden to avoid the havoc it would create for the country.  If further investigations are carried out by international agencies it would levy conditions of breached Human Right conditions in the country. Pakistan has a lot at stake if it fails to provide a valid explanation to the world and Human Rights association.

Kidnapping innocent people, torturing them in confined cells, organ trade and even kill and dump policy all these acts have been persecuted against the Baluch people to suppress their demands for separate provincial autonomy from Pakistan. Hundreds of lives have been taken and thousands have been displaced over last ten years but the government continued to play mum in the entire situation.

The disappearances that began in the regime of Mushraff have continued to exist and without justice in Prime Minister Shariff’s governance. Post this incidence the international community has to take the grievance in account and bring justice upon the families of the sufferers.


If this situation would be suppressed by the Pakistani government in near future the province which is famous now for its natural resources would further be known as land of where humans are served by the armed forces dead or alive.