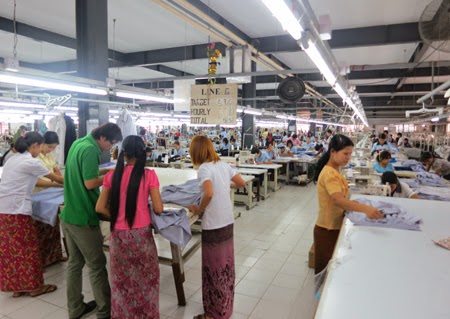 Myanmar has been attracting a great deal of attention these days from Korean manufacturers seeking to build plants abroad. The Southeast Asian nation, which was once isolated from the rest of the world under its decades-long military dictatorship, has recently opened its doors to the outside world.


The country has an ample supply of cheap labor, abundant natural resources, and has introduced a wide range of foreign business-friendly policies to attract investments from foreign corporations. Companies from Europe, Japan and other major economies have made inroads into Myanmar to establish manufacturing bases.

China used to be the hot spot in Asia for Korean investment. Tens of thousands of Korean manufacturers, large and small, rushed to set up plants in China after the two nations established diplomatic ties in 1992. They wanted to take advantage of the cheap labor and wide range of benefits given to foreign-investing firms by the Chinese government. 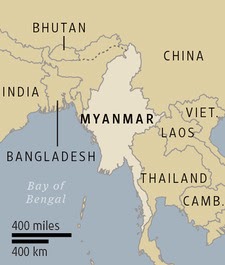 However, an increasing number of those companies left the world's second-largest economy for Vietnam, Indonesia and other rapidly growing Southeast Asian nations, since it became less profitable to produce goods in mainland China due to surging labor costs, higher taxes, increased state regulations and other unfavorable business conditions.

Vietnam, Indonesia and other Southeast Asian countries have also become less enticing for Korean manufacturers because of soaring labor costs and other operating expenses. The companies are now looking for a new place to operate in and Myanmar is a viable candidate, according to KITA.

''On the back of its young population and rich natural resources, Myanmar has rapidly become a new production center in Asia,'' KITA researcher Song Song-i said. ''Many companies from Europe, Japan, China and India have already established a presence. Their factories produce garments, shoes and other labor-intensive products.''

Foreign investments in Myanmar rose 190 percent in 2012 from 2013 following the easing of economic sanctions by the United States and Europe, and the implementation of various foreign business-friendly policies. Last year, its economy grew 7.5 percent.

''Many Korean firms operating in China and Vietnam want to relocate to Myanmar and other developing Southeast Asian nations. The United States and Europe have eased economic sanctions on Myanmar for its progress in democratization,'' the researcher said. ''Domestic manufacturers need to move fast to set up plants in Myanmar before it is too late. In addition, the government should work together with private businesses and assist them in their efforts.''

Among others, companies seeking to enter Myanmar are having a hard time in finding a plant site, according to Song, who said the government should create an industrial complex in cooperation with the Myanmar authorities exclusively for Korea firms. 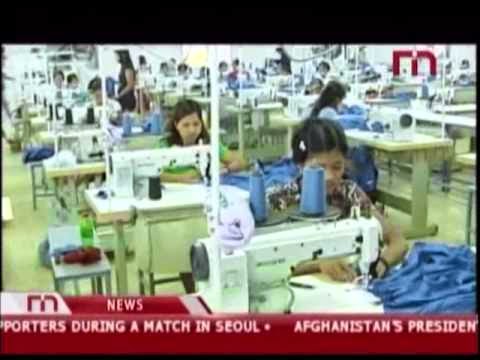 Now-defunct Daewoo Electronics was the first Korean company that started business in the Southeast Asian nation by building a household appliance plant in 1990. Over the past two decades, dozens of sewing and textile plants entered and moved out of the Myanmar.

Daewoo International began producing natural gas in the waters off Myanmar in June 2013, while its parent POSCO operates a galvanized steel sheet plant. Not only manufacturers, but also banks and retailers have made inroads into the country to capitalize on its rapidly growing consumer market.

''Even though the nation's per-capita gross domestic product was only $869 in 2013, the consumer buying power continues to grow alongside the country's strong economic growth. Financial services providers, retailers and food companies may want to nurture Myanmar as the next growth market,'' Song said.


Woori Bank, Hana Bank opened an office in 2013, with Shinhan Bank and Korea Development Bank working to do the same. Lotteria, a local hamburger franchise, opened its first store in Yangon in April 2013, while BBQ, a local fried chicken franchise, set up its first outlet three months later.