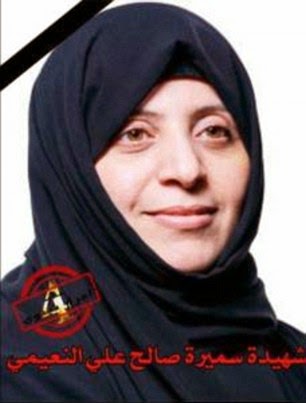 Islamic terrorists detained Samira Salih al-Nuaimi earlier this month after she allegedly posted messages on Facebook condemning the terrorists for destroying religious sites. She was convicted of apostasy in a self-styled Islamic court and publically executed, the U.N. confirmed Thursday.

BAGHDAD — Militants with the Islamic State group publicly killed a human rights lawyer in the Iraqi city of Mosul after finding her guilty of apostasy in a self-styled Islamic court, the United Nations said Thursday.

Samira Salih al-Nuaimi was seized from her home on Sept. 17 after allegedly posting messages on Facebook that were critical of the militants' destruction of religious sites in Mosul. Her Facebook page appears to have been removed since her death.


According to the United Nations Assistance Mission in Iraq, al-Nuaimi was tried in a so-called "Sharia court" for apostasy, after which she was tortured for five days before the militants sentenced her to public execution.

"By torturing and executing a female human rights' lawyer and activist, defending in particular the civil and human rights of her fellow citizens in Mosul, ISIS continues to attest to its infamous nature, combining hatred, nihilism and savagery, as well as its total disregard of human decency," Nickolay Mladenov, the U.N. envoy to Iraq, said in a statement, referring to the group by an acronym. 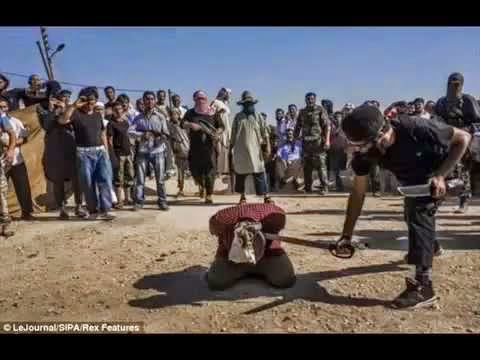 The militant group captured Iraq's second largest city Mosul during its rapid advance across the country's north and west in June, as Iraqi security forces melted away. The extremists now rule a vast, self-declared caliphate straddling the Syria-Iraq border in which they have imposed a harsh version of Islamic law and beheaded and massacred their opponents.

ISIS fighters took Samira Salih al-Nuaimi from her home on Sept. 17 after she posted messages on Facebook condemning the terrorists for destroying religious sites.


In the once-diverse city of Mosul the group has forced religious minorities to convert to Islam, pay special taxes or die, causing tens of thousands to flee. The militants have enforced a strict dress code on women, going so far as to veil the faces of female mannequins in store fronts.

In August, the group destroyed a number of historic landmarks in the town, including several mosques and shrines, claiming they promote apostasy.

The Gulf Center for Human Rights said Wednesday that al-Nuaimi had worked on detainee rights and poverty. The Bahrain-based rights organization said her death "is solely motivated by her peaceful and legitimate human rights work, in particular defending the civil and human rights of her fellow citizens in Mosul." 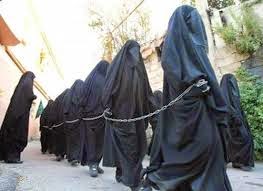 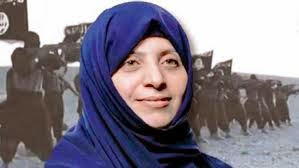 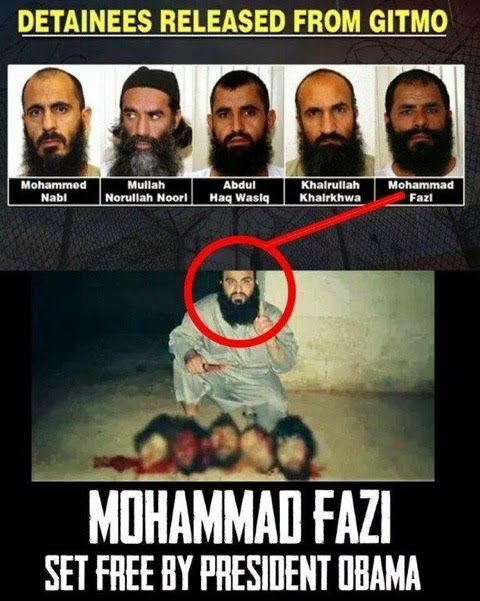 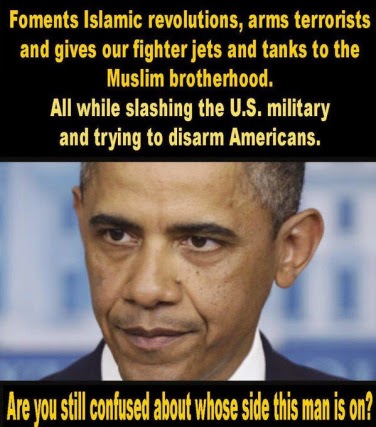