ALONG with a billion Muslims across the globe, I turn to Mecca in Saudi Arabia every day to say my prayers. But when I visit the holy cities of Mecca and Medina, the resting place of the Prophet Muhammad, I am forced to leave overwhelmed with anguish at the power of extremism running amok in Islam’s birthplace.

Non-Muslims are forbidden to enter this part of the kingdom, so there is no international scrutiny of the ideas and practices that affect the 13 million Muslims who visit each year.


Last week, Saudi Arabia donated $100 million to the United Nations to fund a counterterrorism agency. This was a welcome contribution, but last year, Saudi Arabia rejected a rotating seat on the United Nations Security Council. This half-in, half-out posture of the Saudi kingdom is a reflection of its inner paralysis in dealing with Sunni Islamist radicalism: It wants to stop violence, but will not address the Salafism that helps justify it.

Let’s be clear: Al Qaeda, the Islamic State in Iraq and Syria, Boko Haram, the Shabab and others are all violent Sunni Salafi groupings. For five decades, Saudi Arabia has been the official sponsor of Sunni Salafism across the globe.

Most Sunni Muslims around the world, approximately 90 percent of the Muslim population, are not Salafis. Salafism is seen as too rigid, too literalist, too detached from mainstream Islam. While Shiite and other denominations account for 10 percent of the total, Salafi adherents and other fundamentalists represent 3 percent of the world’s Muslims. 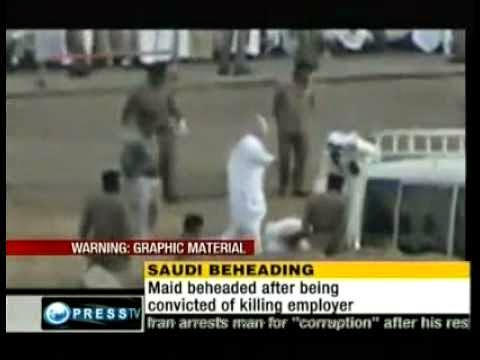 Unlike a majority of Sunnis, Salafis are evangelicals who wish to convert Muslims and others to their “purer” form of Islam — unpolluted, as they see it, by modernity. In this effort, they have been lavishly supported by the Saudi government, which has appointed emissaries to its embassies in Muslim countries who proselytize for Salafism.

After 9/11, under American pressure, much of this global financial support dried up, but the bastion of Salafism remains strong in the kingdom, enforcing the hard-line application of outdated Shariah punishments long abandoned by a majority of Muslims. Just since Aug. 4, 19 people have been beheaded in Saudi Arabia, nearly half for nonviolent crimes.

We are rightly outraged at the beheading of James Foley by Islamist militants, and by ISIS’ other atrocities, but we overlook the public executions by beheading permitted by Saudi Arabia. By licensing such barbarity, the kingdom normalizes and indirectly encourages such punishments elsewhere. When the country that does so is the birthplace of Islam, that message resonates.

I lived in Saudi Arabia’s most liberal city, Jidda, in 2005. That year, in an effort to open closed Saudi Salafi minds, King Abdullah supported dialogue with people of other religions. In my mosque, the cleric used his Friday Prayer sermon to prohibit such dialogue on grounds that it put Islam on a par with “false religions.” It was a slippery slope to freedom, democracy and gender equality, he argued — corrupt practices of the infidel West.

This tension between the king and Salafi clerics is at the heart of Saudi Arabia’s inability to reform. The king is a modernizer, but he and his advisers do not wish to disturb the 270-year-old tribal pact between the House of Saud and the founder of Wahhabism (an austere form of Islam close to Salafism). That 1744 desert treaty must now be nullified. 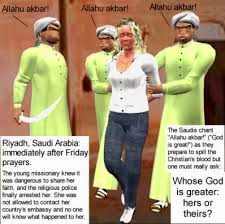 The influence that clerics wield is unrivaled. Even Saudis’ Twitter heroes are religious figures: An extremist cleric like Muhammad al-Arifi, who was banned last year from the European Union for advocating wife-beating and hatred of Jews, commands a following of 9. 4 million.

The kingdom is also patrolled by a religious police force that enforces the veil for women, prohibits young lovers from meeting and ensures that shops do not display “indecent” magazine covers. In the holy cities of Mecca and Medina, the religious police beat women with sticks if they stray into male-only areas, or if their dress is considered immodest by Salafi standards. This is not an Islam that the Prophet Muhammad would recognize.

Salafi intolerance has led to the destruction of Islamic heritage in Mecca and Medina. If ISIS is detonating shrines, it learned to do so from the precedent set in 1925 by the House of Saud with the Wahhabi-inspired demolition of 1,400-year-old tombs in the Jannat Al Baqi cemetery in Medina.

In the last two years, violent Salafis have carried out similar sectarian vandalism, blowing up shrines from Libya to Pakistan, from Mali to Iraq. Fighters from Hezbollah have even entered Syria to protect holy sites.

Textbooks in Saudi Arabia’s schools and universities teach this brand of Islam. The University of Medina recruits students from around the world, trains them in the bigotry of Salafism and sends them to Muslim communities in places like the Balkans, Africa, Indonesia, Bangladesh and Egypt, where these Saudi-trained hard-liners work to eradicate the local, harmonious forms of Islam.

What is religious extremism but this aim to apply Shariah as state law? This is exactly what ISIS (Islamic State) is attempting do with its caliphate. Unless we challenge this un-Islamic, impractical and flawed concept of trying to govern by a rigid interpretation of Shariah, no amount of work by a United Nations agency can unravel Islamist terrorism.

Saudi Arabia created the monster that is Salafi terrorism. It cannot now outsource the slaying of this beast to the United Nations. It must address the theological and ideological roots of extremism at home, starting in Mecca and Medina. Reforming the home of Islam would be a giant step toward winning against extremism in this global battle of ideas.


(Ed Husain is an adjunct senior fellow at the Council on Foreign Relations and a senior adviser to the Tony Blair Faith Foundation.) 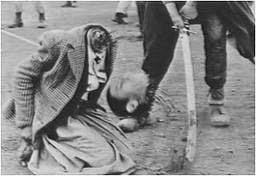