(Staff article direct from The BRIETBART NEWS on 23 December 2016.)

JERUSALEM (AP) -- An Israeli official on Friday accused President Barack Obama of colluding with the Palestinians in a "shameful move against Israel at the U.N." after learning the White House did not intend to veto a Security Council resolution condemning settlement construction in the West Bank and east Jerusalem the day before.

"President Obama and Secretary Kerry are behind this shameful move against Israel at the U.N.," the official said. "The U.S administration secretly cooked up with the Palestinians an extreme anti-Israeli resolution behind Israel's back which would be a tail wind for terror and boycotts and effectively make the Western Wall occupied Palestinian territory," he said calling it "an abandonment of Israel which breaks decades of US policy of protecting Israel at the UN."

Earlier he said Israel's prime minister turned to President-elect Donald Trump to help head off the critical U.N. resolution. Although the U.S. opposes the settlements, it has traditionally used its veto power as a permanent member of the Security Council to block resolutions condemning Israel, saying that disputes between Israel and the Palestinians must be resolved through negotiations.


But after eight years of failed peace efforts during the Obama Administration, Israel has expressed concern the outgoing president would take an audacious step to leave his mark on the region. In recent weeks, the White House had been especially secretive about its deliberations.

The Israeli official's admission marked a final chapter in the icy relations between Prime Minister Benjamin Netanyahu and President Barack Obama over the last eight years, and signalled an era of close ties between Israel and the incoming Trump administration.

Israel knew even before the Egyptian draft resolution that the White House was planning an "ambush" and coordinating it with the Palestinians, said another Israeli official, who requested anonymity to discuss internal diplomatic conversations.

Israeli diplomats believe they were misled by the U.S. during a meeting last week between high-ranking Israeli and Obama administration officials in which the U.S. side offered reassurances about its efforts to support Israel but declined to explicitly state that the U.S. would veto such a resolution if it came up. The Israelis told their counterparts that "friends don't take friends to the Security Council," the official said.

The Egyptian-sponsored resolution had demanded that Israel halt settlement activities in occupied territories claimed by the Palestinians and declared that existing settlements "have no legal validity."

But under heavy Israeli pressure, Egypt called off a planned vote in the Security Council hours before it was to take place. In the diplomatic activity ahead of the postponement, both Netanyahu and Trump issued nearly identical statements urging the U.S. to veto the measure. 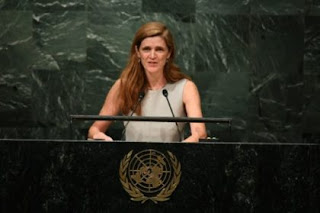 "After becoming aware that the administration would not veto the anti-Israel resolution, Israeli officials reached out to Trump's transition team to ask for the president-elect's help to avert the resolution," the Israeli official said, speaking on condition of anonymity because he was discussing behind-the-scenes diplomatic activity.

On Friday, Egypt said its president had received a call from Trump in which they both agreed to give the incoming U.S. administration a chance to try and resolve the Israeli-Palestinian conflict. The call came hours after Egypt indefinitely postponed the U.N. vote.

A statement from the Egyptian presidency said the two men spoke by phone early Friday and agreed on "the importance of giving a chance for the new American administration to deal in a comprehensive way with the different aspects of the Palestinian issue with the aim of achieving a comprehensive and a final resolution."

A senior Palestinian official, speaking anonymously according to protocol, said Egypt didn't consult with the Palestinians about delaying the vote and it was a "complete shock" for them. Egypt represents Arab states on the security council. Egypt is the first Arab country to make peace with Israel, and the two countries have close security ties in a shared struggle against Islamic militants.

The Palestinian mission to the United Nations said the Security Council will vote later in the day on the resolution condemning Israel's settlement construction, now sponsored by New Zealand, Malaysia, Senegal and Venezuela.


The U.S., along with the Palestinians and nearly all of the international community, opposes Israeli settlements in the West Bank and east Jerusalem as obstacles to peace. Some 600,000 Israelis live in the two territories, which the Palestinians seek as part of a future independent state. Israel captured both areas in the 1967 Mideast war.

Trump has signaled he will be far more sympathetic to Israel. His campaign platform made no mention of the establishment of a Palestinian state, a core policy objective of Democratic and Republican presidents over the past two decades. He also has vowed to move the U.S. Embassy from Tel Aviv to Jerusalem, a move that would put the U.S. at odds with the Palestinians and almost the entire remainder of the international community, and his pick for ambassador to Israel, Jewish-American lawyer David Friedman, is a donor and vocal supporter of the settlements.

The proposed resolution would have been more than symbolic. While it did not call for imposing sanctions on Israel, its language could have hindered Israel's negotiating position in future peace talks. Given the widespread international opposition to the settlements, it would have been nearly impossible for the Trump administration to reverse it.

It remained unclear Friday whether the measure would come up for a vote in the council before Obama leaves office.

In a Christmas greeting on Friday, Palestinian President Mahmoud Abbas said: "Despite the Israeli occupation, our presence in our homeland and the preservation of our cultural and national heritage are the most important form of resistance in the face of the darkness of a foreign colonialist occupying power." 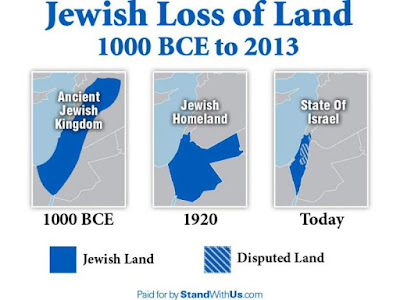 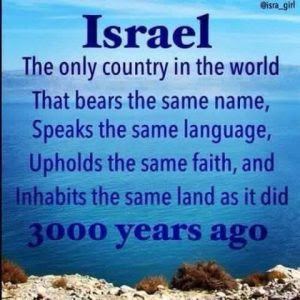 TEL AVIV – In a dramatic departure from the longstanding U.S. policy of vetoing anti-Israel resolutions, the Obama administration on Friday abstained from voting on a United Nations Security Council resolution calling for a halt to Israeli construction in the West Bank and eastern sections of Jerusalem, thereby allowing the measure to pass. Fourteen member states voted in favor of the resolution; none voted against, and the U.S. obstained.

The Times of Israel reports: “Speaking at the Security Council after the vote, US Ambassador Samantha Power said the vote underlined the Council’s long-standing position that “the settlements have no legality.” She claimed the US position was “fully in line with the bipartisan history” of how US presidents have approached the issue for decades.”

The official told Breitbart Jerusalem by email: “President Obama and Secretary Kerry are behind this shameful move against Israel at the UN. The US administration secretly cooked up with the Palestinians an extreme anti Israeli resolution behind Israel’s back which would be a tailwind for terror and boycotts and effectively make the Western Wall occupied Palestinian territory. President Obama could declare his willingness to veto this resolution in an instant but instead is pushing it. This is an abandonment of Israel which breaks decades of US policy of protecting Israel at the UN and undermines the prospects of working with the next administration of advancing peace.”

The Obama administration denied the claim. “Contrary to some claims, the administration was not involved in formulating the resolution nor have we promoted it,” an unnamed U.S. official told Reuters.

The text of the resolution repeatedly and wrongly refers to the West Bank and eastern sections of Jerusalem as “Palestinian territory occupied since 1967.”  In actuality, the Palestinians never had a state in either the West Bank or eastern Jerusalem and they are not legally recognized as the undisputed authority in those areas.

The text of the resolution declares that the Israeli settlement enterprise has “no legal validity and constitutes a flagrant violation under international law and a major obstacle to the achievement of the two-state solution and a just, lasting and comprehensive peace.” It calls for Israel to “immediately and completely cease all settlement activities in the occupied Palestinian territory, including East Jerusalem.”

As the Committee for Accuracy for Middle East Reporting in America (CAMERA) pointed out in an email blast, international law does not make Israeli settlements illegal.

CAMERA notes: “Article 49 of the Fourth Geneva Conventions, which is relied upon by those who claim the settlements are illegal, does not apply in the case of the West Bank. This is because the West Bank was never under self-rule by a nation that was a party to the Convention, and therefore there is no “partial or total occupation of the territory of a High Contracting Party,” as Article 2 of the Convention specifies. Moreover, even if it did apply, by its plain terms, it applies only to forcible transfers and not to voluntary movement. Therefore, it can’t prohibit Jews from choosing to move to areas of great historical and religious significance to them.” 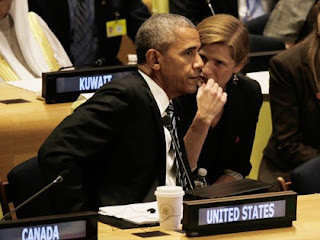 If the resolution is brought to a vote in its current form and Obama fails to veto, the resolution would contradict a Bush administration commitment to allowing some existing Jewish settlements to remain under a future Israeli-Palestinian deal.

That U.S. commitment, which the Obama administration has repeatedly violated by condemning settlement activity, was reportedly a key element in Israel’s decision to unilaterally evacuate the Gaza Strip in 2005.

In 2004, just prior to the Gaza evacuation, President Bush issued a declarative letter stating that it is unrealistic to expect that Israel will not retain some Jewish settlements in a final-status deal with the Palestinians.

The letter stated: “In light of new realities on the ground, including already existing major Israeli populations centers, it is unrealistic to expect that the outcome of final status negotiations will be a full and complete return to the armistice lines of 1949, and all previous efforts to negotiate a two-state solution have reached the same conclusion. It is realistic to expect that any final status agreement will only be achieved on the basis of mutually agreed changes that reflect these realities.”

Elliott Abrams, the Deputy National Security Adviser for Global Democracy Strategy during Bush’s second term, was instrumental in brokering understandings between the U.S. and Israel on settlements. In a June 2009 piece published by the Wall Street Journal, Abrams accused the Obama administration of “abandoning” those U.S.-Israel understandings by taking positions critical of all settlement activity.


Abrams wrote: “There were indeed agreements between Israel and the United States regarding the growth of Israeli settlements on the West Bank … principles that would permit some continuing growth. … They emerged from discussions with American officials and were discussed by Messrs. Sharon and Bush at their Aqaba meeting in June 2003. … The prime minister of Israel relied on them in undertaking a wrenching political reorientation – the dissolution of his government, the removal of every single Israeli citizen, settlement and military position in Gaza, and the removal of four small settlements in the West Bank. … For reasons that remain unclear, the Obama administration has decided to abandon the understandings about settlements reached by the previous administration with the Israeli government. We may be abandoning the deal now, but we cannot rewrite history and make believe it did not exist.” 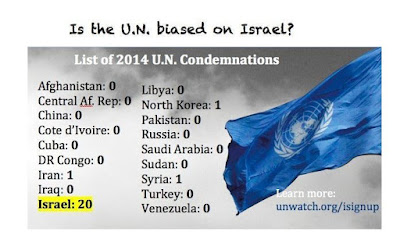