(Adam Taylor’s article direct from The WASHINGTON POST on 8 December 2016.) 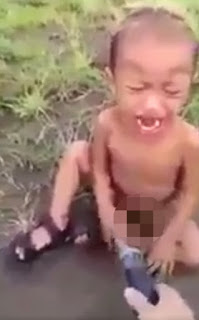 A British tabloid said a Burmese soldier tasered a toddler. But the story was wrong. On Wednesday 8 December 2016, the Daily Mail UK published an article online with the headline: "Heartbreaking images show 'Rohingya toddler tortured with a stun gun by a laughing Burmese soldier' as Burma continues crackdown on the country's Muslim minority."

The story was false. While the Mail's article did indeed feature horrifying images of a toddler being attacked by a man with an electric prod, other details were wrong. The child was not Rohingya, a so-called persecuted Muslim minority in Burma. The person torturing him was not a Burmese soldier. The incident being filmed did not take place in Burma.

The Daily Mail's style has long been brash and divisive, and it has faced questions over its accuracy before. However, with the publication of the article, the British tabloid has stepped into a complicated and fraught battle over misinformation and "fake news" half a world away.


The video featured by the Daily Mail had, in fact, been filmed in Cambodia, where local newspapers had already covered it. On Thursday, the English-language Cambodia Daily reported that a 25-year-old Vietnamese man was arrested over the video, following the arrest of two Cambodians and a Dutch plantation owner earlier in the week. While horrifying, the story is unrelated to Burma and the Rohingyas.

Many journalists in Cambodia and Burma immediately recognized the Daily Mail's error and pointed it out on social media. Dozens of comments on the article soon said the story was false.

George Wright @GeorgeCambodia, The geniuses at @MailOnline have mistaken a Cambodian baby being tortured for a Rohingya child. http://www.dailymail.co.uk/news/article-4009100/Heartbreaking-images-Rohingya-toddler-tortured-stun-gun-laughing-Burmese-soldier-Burma-continues-crackdown-country-s-Muslim-minority.html?ito=social-facebook …1:54 AM - 8 Dec 2016

In apparent recognition of its error, the Daily Mail quietly removed the article and social media posts linking to it by Thursday. Yet the article still earned a scalding rebuke from Burma's State Counsellor Office, headed by de facto Burmese leader Aung San Suu Kyi, which published a screenshot of the article on Thursday with the red label "fabricated story."

That screenshot has received thousands of likes and more than 100 comments at the time of writing. Other online critics dubbed it "fake news" — a term that has become popular used to describe untrue or misleading stories that masquerade as fact.

The article helped reinforce a widespread perception in Burma that media misinformation and fake news about the Rohingyas are being used to smear the country. In its note condemning the Mail, Burma's State Counsellor Office also criticized the BBC, CNN, Channel News Asia and Al Jazeera for their recent reporting on the Rohingyas. 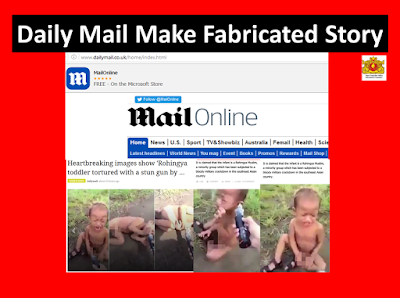 It's estimated that more than 1 million Rohingyas live in Buddhist-majority Burma. Most live in Rakhine state, along the western border with Bangladesh and India. Despite the size and long-standing presence of this community, the government does not consider its members Burmese citizens. The Rohingyas face considerable persecution: Just last month, Human Rights Watch used satellite imagery to identify three villages in Rakhine that appeared to have been burned to the ground, presumably by the military.


The plight of a poor Muslim minority in a majority-Buddhist country has received widespread global attention. Yet many in Burma claim that reports about the persecution of Rohingyas are exaggerated, arguing even that the term "Rohingya" is inaccurate and that the Muslim minority are actually illegal Bengali immigrants.

Thein Sein, the former president of Burma, said in 2013 that "outside elements are just exaggerating, fabricating news, there is no ethnic cleansing whatsoever." State Counsellor Suu Kyi, a former political prisoner and Nobel Peace Prize winner, has been criticized for refusing to discuss the Rohingya issue publicly.

The Internet has certainly helped distort some aspects of the Rohingya crisis. Last year, the BBC noted that many of the photos being shared online, purportedly showing Rohingya refugees in dire circumstances, in fact did not show the Rohingyas. But foreign journalists and other independent investigators are banned from the areas where the worst violence is said to occur, making it hard to view alleged violence firsthand.

At the same time, many argue that anti-Muslim rumors are being spread online in social media in the country, where Internet use has skyrocketed following an opening to the West in 2012. A recent BuzzFeed report noted the popularity of "fake news"-style reports alleging that Muslimterrorists were beheading Buddhists and that bombmaking materials have been found in mosques across Burma, also known as Myanmar.

It remains unclear how the Daily Mail, a publication whose history dates back to the late 19th century, made the error. In the original article, which can still be viewed on Internet archives, the text noted that the images were from an "unverified" video that had "emerged online." The text did not provide more detail. The article was removed with no editorial note, and the newspaper did not respond to a request for comment from WorldViews.

(Adam Taylor writes about foreign affairs for The Washington Post. Originally from London, he studied at the University of Manchester and Columbia University.)
Myanmar to Seek Legal Recourse Against British Tabloid

RFA: The Myanmar government will take legal action against a British tabloid that published a fabricated report and false images allegedly showing an army soldier torturing a Rohingya Muslim child in the country’s troubled Rakhine state, a government spokesman said Friday. The photos and a video published Wednesday on the Daily Mail’s website shows a laughing soldier using a stun gun on a naked toddler who is crying and appears to roll over in pain on the ground.

Myanmar security forces cracked down on the Rohingya in the northern part of Rakhine state following deadly attacks on three border guard stations in early October. The Rohingya have accused the soldiers of extrajudicial killings, torture, rape, and arson, though the military and government have denied the allegations.

The government will respond legally and journalistically to the Daily Mail for its wrongful publication of the photos, Zaw Htay, spokesman of the President’s Office, told RFA’s Myanmar Service. “For this case, we will respond by legal means or by international journalistic procedures,” he said.

“At the moment, Daily Mail has not taken any responsibility for its wrongful coverage, but the damage has done by dissemination through Twitter, Facebook, and other social media,” he said. The images are from an incident that occurred in Cambodia’s Mondulkiri province, he said.

A Dutch man and two Vietnamese men have been arrested for torturing the boy in the photos, while a third Vietnamese man is still being sought, according to a report by state-run Myanmar News Agency (MNA).

Zaw Htay said the fabrication of the story continues to damage the image of Myanmar and its people. The government has come under fire from western countries, the United Nations, and a few predominantly Muslim countries in Asia for its handling of the crisis in Rakhine and failure to ensure the security of the Rohingya.

Zaw Htay also said the President’s Office is calculating the amount of damage caused via social media and will consult the attorney general about how it can seek legal recourse against the newspaper.


The Daily Mail removed the story and images by Dave Burke from its website soon after they were found to be inaccurate, but archived versions of the article are still circulating on social media, the MNA report said. The Myanmar government has charged other outside news organizations with publishing inaccurate reports about the security operations in northern Rakhine state. 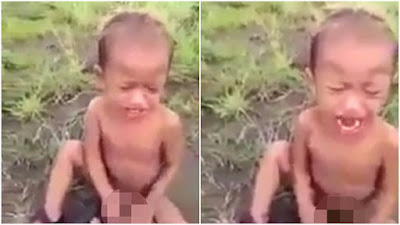 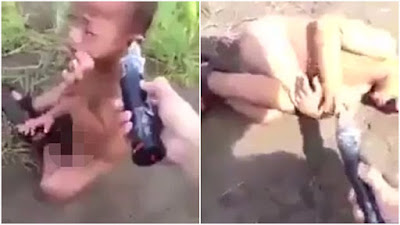