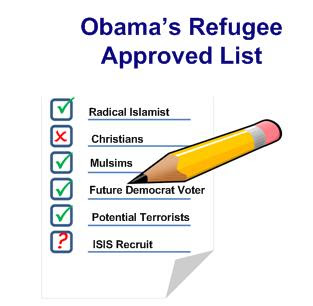 How Many Muslim Immigrants Has Obama Admitted? Here's What Congress Just Learned.

President Obama has made abundantly clear that one of his primary goals in his presidency is to force the United States to be more diverse, less racist, less "xenophobic," and, particularly, less "Islamophobic."

A perfect way to do all that is to ramp up immigration from majority-Muslim countries, which by the end of his presidency he will have done to the tune of over 1 million green cards issued to Muslim migrants.

The 1 million-plus figure comes via an analysis of Department of Homeland Security data by the Senate Subcommittee on Immigration and National Interest released Friday. The study found that from the time Obama first came into power until the end of FY2014, he issued a total of 832,014 green cards to migrants from Muslim countries, most of whom coming from war-torn and terror-plagued regions, including Pakistan, Iraq, Iran, Egypt and Somalia. Here's the breakdown of migrants from FY2009 to FY2014:


According to the study, the Obama administration is on track to issue around 1.1 million green cards by the time he leaves office, and the pace at which the administration has admitted them has increased dramatically in recent years, up over 25 percent from 2013 to 2014 and averaging over 135,000 per year under Obama.

As InfoWars notes, that 832,014 number only includes new permanent residents; it does not include "migrants on temporary, nonimmigrant visas — which allow foreign nationals to come to the U.S. temporarily for work, study, tourism and the like." Nor does that number include all the migrants who have overstayed their visas, which new reports have shown the administration almost entirely ignores, allowing millions to reside illegally in the country.

According to new immigration data released by the Department of Homeland Security, the Obama administration failed to deport over 99 percent of the nearly half a million foreign nationals who illegally overstayed their visas in 2015.


"Of the 482,781 aliens who were recorded to have overstayed temporary U.S. visas in fiscal year 2015, just 2,456 were successfully deported from the United States during the same period, according to DHS’s figures, which amounts to a deportation rate of around 0.5 percent," reports the Washington Free Beacon. 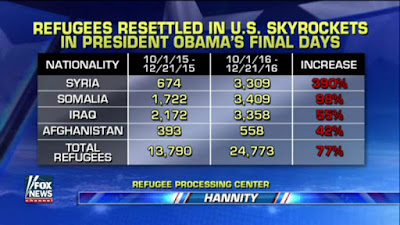 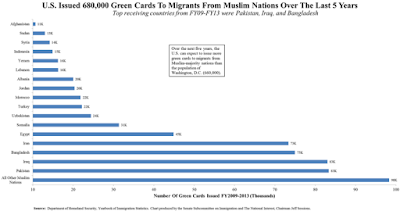 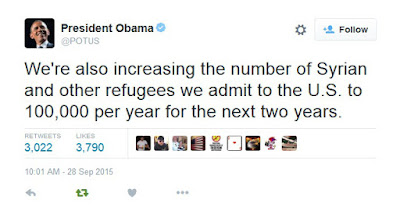