(Extracts from the Chapter-2 of Country Reports on Terrorism for 2016.)

Bangladesh experienced a significant increase in terrorist activity in 2016. The Government of Bangladesh has articulated a zero-tolerance policy towards terrorism, made numerous arrests of terrorist suspects, and continued its counterterrorism cooperation with the international community.

The Government of Bangladesh often attributed extremist violence to the political opposition and local militants. Both al-Qa’ida in the Indian Subcontinent (AQIS) and ISIS claimed responsibility for a significant number of the attacks that took place in Bangladesh.

Terrorist organizations used social media to spread their radical ideologies and solicit followers from Bangladesh. Bangladesh was featured in multiple publications, videos, and websites associated with ISIS and AQIS.

ISIS claimed responsibility for 18 attacks in Bangladesh in 2016, the most significant being the attack on July 1 on the Holey Artisan Bakery, an upscale restaurant in the diplomatic enclave frequented by the expatriate community.

The five Bangladeshi attackers killed 20 hostages and two police officers using guns, explosives, and sharp weapons. The hostages were mostly foreigners, including nine Italians, seven Japanese, one U.S. citizen, one Indian, and two Bangladeshis. According to accounts of the incident, the attackers spared hostages who could demonstrate that they were Muslim by reciting verses from the Koran. 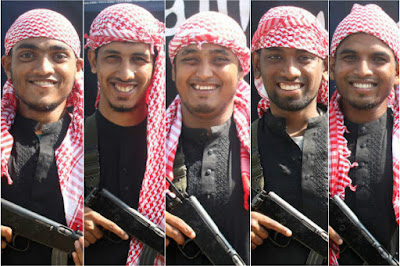 The other terrorist attacks were generally machete attacks on individuals from minority groups or law enforcement entities.


AQIS claimed responsibility for two attacks in 2016: (1) the April 6 murder of an online Bangladeshi activist and (2) the April 25 murder of a U.S. embassy local employee and his friend. In both cases, the assailants used machetes.

Throughout the year, Bangladesh suffered several other small-scale attacks for which there were no public claims of responsibility, including the July 7 bomb blast at an Eid-gathering in Sholakia that killed four people – including two police officers – and injured seven. 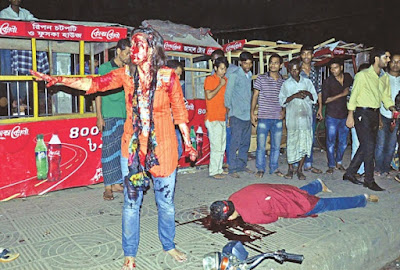 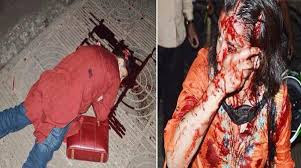 Bangladesh’s criminal justice system is in the process of fully implementing the Antiterrorism Act of 2009 (ATA) as amended in 2012 and 2013. Although Bangladesh’s ATA does not outlaw recruitment and travel in furtherance of terrorism, the broad language of the ATA provides several mechanisms by which Bangladesh can implement UN Security Council resolution (UNSCR) 2178 (2014), related to addressing the foreign terrorist fighter threat.

Bangladesh cooperated with the United States to further strengthen control of its borders and land, sea, and air ports of entry. The international community devoted particular attention to aviation security and on June 28, Germany joined the United Kingdom and Australia in banning direct cargo shipments from Bangladesh due to security concerns.

Bangladesh shared law enforcement information with INTERPOL but does not have a dedicated terrorist watchlist. Bangladesh does not have an interactive advanced passenger information system. The Department of State is working with Bangladesh to assist in developing a screening infrastructure to better secure its borders.

The newly-formed Counterterrorism and Transnational Crime Unit (CTTCU) of the Dhaka Metropolitan Police began operations in February and gained a national mandate in August. On February 19-20, the CTTCU arrested two suspected members of the local terrorist group Ansarullah Bangla Team (ABT), which is affiliated with AQIS, leading to the discovery and destruction of a bomb-making factory.

In the aftermath of the Holey Artisan Bakery attack, law enforcement have captured or killed numerous suspected militants in several raids. These include the July 26 raid in the Kalyanpur neighborhood of Dhaka, where police killed nine suspected militants. Police reported recovering ISIS paraphernalia and explosives and other weapons on site.

On August 27, police reported killing ISIS’s operational head in Bangladesh, Tamim Chowdhury, in a raid in Narayanganj. The CTTCU and the Rapid Action Battalion (RAB) conducted significant raids on September 10 in Azimpur and October 8 in Gazipur, directed at suspected members who reportedly have links to ISIS. Observers believe at least some of the raids are staged by law enforcement, particularly the RAB.

The prime minister demonstrated a willingness to draw upon military assets when she called in the 1st Para Commando Battalion and SWADS to assist with the Holey Bakery hostage crisis. 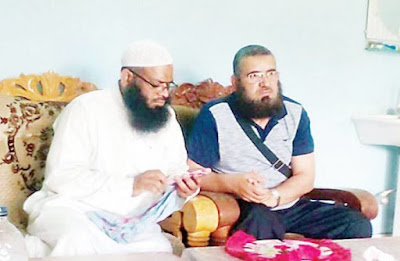 Countering the Financing of Terrorism

Bangladesh is a member of the Asia/Pacific Group on Money Laundering (APG), a Financial Action Task Force (FATF)-style regional body. The Bangladesh Financial Intelligence Unit (BFIU) is a member of the Egmont Group of Financial Intelligence Units. The Bangladesh Bank (the central bank) and the BFIU lead the government’s efforts to comply with the international anti-money laundering/countering the financing of terrorism (AML/CFT) standards and international sanctions regimes.

A 2016 APG Mutual Evaluation report stated that Bangladesh is technically compliant with international AML/CFT standards, but that the country’s effectiveness in implementing regulations requires significant improvement. The report found that the main terrorist finance threat to Bangladesh is from domestic groups that operate using small-scale funding derived through micro-financing methods.

While the country faces significant domestic terrorist finance risks, Bangladesh law enforcement and intelligence agencies demonstrate a strong understanding of these risks. Furthermore, the BFIU is empowered to obtain information from other agencies and demonstrates high quality analysis and product dissemination capabilities.

Still, the judicial sector is under-resourced for carrying out prosecutions and obtaining convictions and the banking and non-banking sectors require further implementation of preventative measures such as customer due diligence and suspicious transaction reports.

The terrorist finance provisions of the ATA outlaw the provision, receipt, and collection of money, services, and material support, where “there are reasonable grounds to believe that the same has been used or may be used for any purpose by a terrorist entity.”

The ATA prohibits membership in and support of prohibited organizations, i.e., organizations engaged or involved in terrorist activities, including the organizations listed in the UN Security Council ISIL (Da’esh) and al-Qa’ida sanctions regime. The Bangladesh Bank also publishes domestically-designated as well as UN-sanctioned individuals and groups on its website.

The ATA includes a broad provision providing for mutual legal cooperation on terrorism matters with other nations and a comprehensive forfeiture provision for assets involved in terrorism activities. Implementation of the ATA and other laws remains a significant issue; however, as demonstrated by the absence of a significant number of terrorist financing and money laundering convictions.

The CSM signed grants with three local organizations as principal recipients of GCERF funds. The Ministry of Religious Affairs and the National Committee on Militancy, Resistance, and Prevention work with imams and religious scholars to build public awareness against terrorism.

The police are engaging religious leaders in the fight against violent extremism by helping to counter militant propaganda with appropriate scripture-based messages and engaging imams to speak to surrendered militants to explain that the Koran does not support terrorist violence.


The police also are continuing community policing efforts. Law enforcement authorities are working with local universities to identify missing students and to curb radicalization of university students. Local research institutions, including private think tanks and both public and private universities, have begun to engage in CVE-related research. 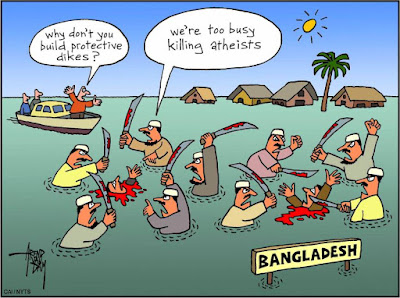