General Min Aung Hlaing In China To Thank The Chinese

A Myanmar Tatmadaw goodwill delegation led by Commander-in-Chief of Defence Services Senior General Min Aung Hlaing this morning left Nay Pyi Taw Airport for China at the invitation of Member of the Central Military Commission and Chief of the Joint Staff Department Gen. Li Zuocheng of the People’s Republic of China.

The Myanmar Tatmadaw goodwill delegation led by the Senior General was seen off at the airport by Chief of the General Staff (Army, Navy and Air) General Mya Tun Oo, Commander-in-Chief (Air) General Khin Aung Myint, senior military officers of the Office of the Commander-in-Chief (Army), the commander of Nay Pyi Taw Command, Chinese Ambassador to Myanmar H.E. Mr. Hong Liang and officials.

The Senior General was accompanied by senior military officers of the Office of the Commander-in-Chief (Army). During the trip, the Senior General will meet with leaders of Chinese government and chiefs from the People’s Liberation Army of China, and visit military training schools in China, factories and significant places.


In the afternoon, the Senior General and party arrived at Sanxia Airport in Yichang of China where they were welcomed by Commander of Hubei Provincial Military Region Maj. Gen. Ma Tao and senior officers of the Chinese People’s Liberation Army, Myanmar Ambassador to China U Thit Linn Ohn, Myanmar Military Attaché (Army, Navy and Air) Brig-Gen Tint Hsan and officials.

Commander-in-Chief of Defence Services Senior General Min Aung Hlaing who is on a goodwill visit to the People’s Republic of China was accorded a guard-of-honour-welcome by member of the Central Military Commission of China and Chief of the Joint Staff Department of the People's Liberation Army (PLA) Gen. Li Zuocheng at Ba Yi Hall in Beijing this afternoon. 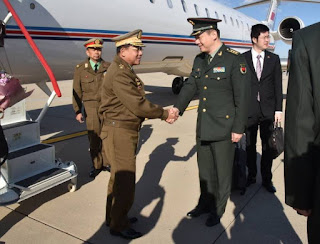 At the meeting, Senior General Min Aung Hlaing expressed thanks for the invitation to the goodwill visit. The Senior General said Myanmar and China are old friends enjoying fraternal relations since yore. The two countries have a similar culture. The meeting will lead to further enhancing bilateral military relations which will be much beneficial to peace and stability at the border area and internal peace.

The Senior General expressed sincere thanks to China for support of Myanmar in the Rakhine State issue in the international arena.

In his discussion, Gen. Li Zuocheng said the two countries share territorial land and waters, while the two peoples have the amicable relationship. Such relations between the two armed forces would further promote the friendship and cooperation. China provided assistance for Myanmar in its internal peace process and in times of natural disasters, and the assistance will continue. The close relations at various levels could help solve the border-related problems as much as possible.

China also thanked Myanmar for its support in the South China Sea issue. 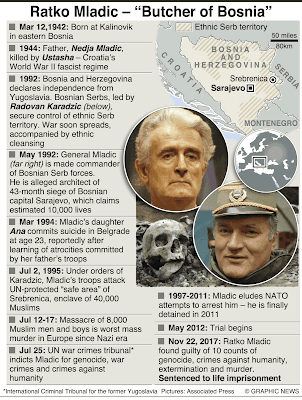 When will Myanmar’s own Mladic be brought to justice?

More than 20 years. That's how long it took for Ratko Mladic, the so-called "Butcher of Bosnia" and the mastermind of the Srebrenica Genocide, to be found guilty of genocide, crimes against humanity, and war crimes.

A United Nations war crimes tribunal sentenced Mr. Mladic – who faced the verdict literally shouting in disgust at the presiding judge – to the remainder of his life in prison on Nov. 22.

Having sat in an otherwise empty observers' gallery, watching the long, slow proceedings in The Hague against him, I can attest that Mr. Mladic sneered and snarled his way through the years-long trial, claiming until the end that the case against him was all lies.

When in 1993 the UN Security Council created the International Criminal Tribunal for the former Yugoslavia, many heralded the creation of an international body that would hold perpetrators of horrific crimes to account for the first time since Nuremberg. Some hoped that the formation of the tribunal, specifically empowered to examine war crimes such as those committed by Mr. Mladic and his Bosnian Serb contemporaries Slobodan Milosevic and Radovan Karadzic, might actually deter those overseeing Bosnian rape and concentration camps from committing further crimes.

It was not to be. The atrocities continued, and even as the tribunal was putting the final touches on its initial indictment of Mr. Mladic in July, 1995, Mr. Mladic was visiting the Srebrenica "safe area," reassuring women and children that all would be fine, before – we can now confirm – giving orders for the men to be separated from those women and children and then systematically shot into pits surrounding the safe zone.

Today, a new, permanent war crimes court sits in the The Hague. In theory, the International Criminal Court, given its permanent nature, might deter similar thugs in other conflicts across the globe from engaging in the kinds of atrocities that Mr. Mladic and company oversaw.

And yet the ICC has major gaps permanently baked into its jurisdiction. It can only investigate conflicts or atrocities committed in countries that have chosen formally to join the court. Syria – and Myanmar – have not done so. And while the UN Security Council has the power to refer a situation to the court, if a country has a strong ally on the Security Council, it will enjoy ongoing immunity from the court's investigatory powers.

Russia is Syria's ally, and it has blocked an attempted formal referral of the Syrian conflict to the court. It is clear that those countries making the referral knew that it was unlikely to be a successful attempt – but they did, at least, make the attempt. In the interim, Syrian President Bashar al-Assad enjoys immunity and clearly feels unthreatened by the mere existence of a war crimes court thousands of miles away.

Myanmar's army generals clearly feel similarly undeterred by a court to which they do not belong. They feel free to plan systematic campaigns of sexual violence and sexual slavery, of the wanton murder of Rohingya babies and the torture of their fathers, and the destruction through arson of Rohingya settlements.

In the absence of a referral of the Rohingya situation to the International Criminal Court, who will hold Myanmar's own Mladic to account?

We are witnessing, as many experts have intoned, textbook cases of crimes against humanity and ethnic cleansing. And yet efforts at deterrence, let alone accountability, are lacking. Until Myanmar's generals are meant to feel that they risk genuine accountability for their actions, they will continue, it would seem, until the last of the Rohingya Muslims has left their land.

Canada is not a member of the Security Council and does not have the power, alone, to put forward a council resolution referring the Rohingya situation to the International Criminal Court. And yet we do have a voice – a strong, respected voice on the international scene.

It is too late for the hundreds of thousands of Syrians who have died in their civil war. But for the Rohingya men, women and children whose very existence is challenged by Myanmar's own Mladic-like generals, there may still be hope. Canada must find its voice and speak up for accountability for the Rohingya today. 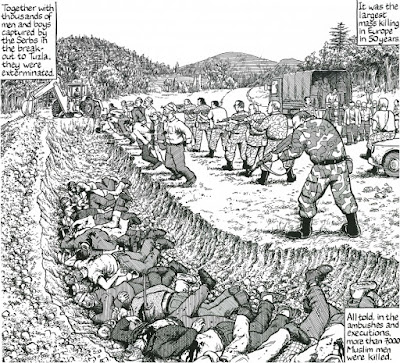 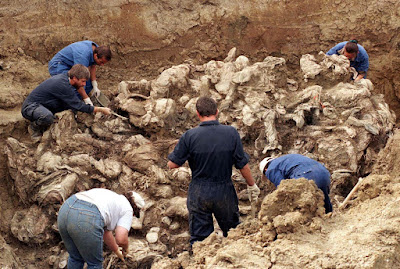 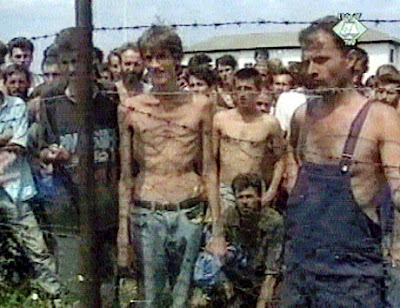 (Blogger’s Notes: Min Aung Hlaing seems to be actively persuading the new superpower China to support and defend him at UN Security Council in case any other country, like super-Muslim-friendly Trudeau’s Canada, try to refer his generals or himself alone to ICC [International Criminal Court] for alleged war crimes against so-called Rohingyas formerly known as illegal Begali-Muslims in Myanmar formerly known as Burma.)
Posted by Hla Oo at 8:21 PM