Fictitious ‘China threat’ underlines Australia’s fear of being abandoned by US: In Australian Strategic Policy Institute's new paper - "Australia's management of strategic risk in the new era" - authors Paul Dibb and Richard Brabin-Smith blast China over its military build-up and use of military coercion, and regard the country as Australia's top would-be aggressor.

The report might not represent the views of the Australian government, but given the two authors' background as former senior defense officials, it indeed moves Canberra's increasing misgivings about China to the forefront.

Australia never lacks such reports, which disregard China's reputation and enhanced economic cooperation. Thanks to Australian strategists, the "China threat" is now a household term in Australia. An article in The Australian commented, a "big contribution of the two old strategists is to counter the hysterical pre-emptive kowtowing of Australia's China lobby." Let's look at its underlying rationale.


First, the report touts the "China threat" to invite the US back to "re-pivot to Asia." As the Trump presidency heralds the US' retreat from the Asia-Pacific, Australia found itself adrift without a security umbrella. Claiming to be a "continent size island," Australia harbors an irrational fear of being invaded by its northern neighbor. Hence, it is willing to accept any demand in exchange of protection by bigger powers.

When Australia's military budget was 1.6 percent of GDP under the Labor government of 2007-13, then US deputy secretary of state Richard Armitage warned that Australia risked becoming a free-rider in the alliance. The government then pledged to raise military spending to 2 percent of GDP over the next decade regardless of its austerity budget. In fact, high national debt is costing Australia more than $1 billion a month in interest.

Besides, Canberra invites foreign troops to alleviate its anxiety, as the stationing of US marines in Darwin and intelligence facilities at Pin Gap and Nurrungar show. This form of "invasion by invitation," according to Australian professor Mark Beeson, has become a prominent feature of Australia's defense.

Raising an alarm over the "China threat," the report tries to vindicate Washington's indispensability to the region. Australia, as a junior alliance partner, fears "abandonment" by the US. This is why the report claims that the election of President Donald Trump comes at a time the US is being perceived as a declining power, and amid concern about a more inward-looking and protectionist Washington that is less interested in Asia and in defending allies. Australia cannot afford the US abandoning the region.

Second, the report aims to strengthen Australia's regional presence and to push up its ranking in China's diplomatic priorities. As former foreign minister Bob Carr declared, Australia does not enjoy a very high place in China's estimation of nations, and an approach to make Australia being taken seriously by the Chinese is to be more close to the US. 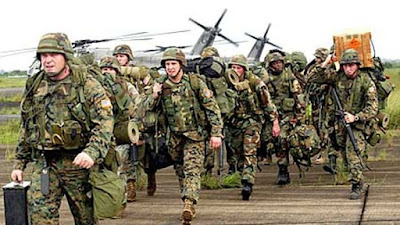 Beijing has painstakingly told Canberra that a prosperous China is in Australia's interests. Australia, however, tries to gain the maximum from trade and investment with China, while not letting go of any opportunity to chide it. This leaves Beijing with an impression, to quote Merriden Varrall, director of the East Asia Program at the Lowy Institute, that "Australia is duplicitous and untrustworthy."


Such an image, with its remote location and a small population, doesn't help Australia gain primacy in China's strategic priorities. It is likely that Australia will go down from being a benign economic partner to a regional trouble-maker.

Meanwhile, Canberra concomitantly sought to build ideology-driven coalitions with "like-minded regional friends" such as Quad (Australia, the US, Japan and India) and KIA (South Korea, Indonesia and Australia). In doing so, Canberra alienated non-members, divided Asia into friends and enemies, and transferred "Asia for the Asians" into "Asia for American allies."

Canberra thinks Asian integration without Washington is not desirable. It screams "China threat" to beg its US ally not to abandon the region and to improve its own ranking. Australia has strayed from its once lofty ideal of a constructive middle power to a destructive one.


(The author Li Yang is a lecturer at the School of Economics of Henan University.) 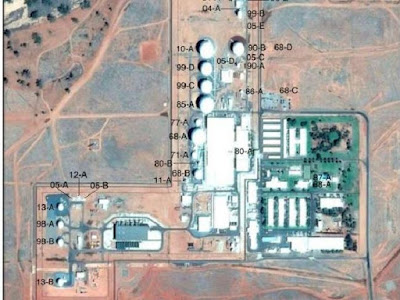