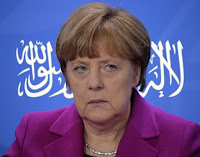 BERLIN — German Chancellor Angela Merkel pledged early Monday to maintain stability after the Free Democratic Party pulled out of talks on forming a new government with her conservative bloc and the left-leaning Greens, raising the possibility of new elections.

Merkel told reporters that the parties had been close to reaching a consensus on how to proceed with formal coalition talks but that the Free Democrats decided abruptly to pull out just before midnight Sunday — a move she said she respected, but found “regrettable.” She said she would consult with Germany’s president later in the day to brief him on the negotiations and discuss what comes next.

Without bringing the Free Democrats back to the table, Merkel will be forced to try to continue her current governing coalition with the Social Democrats, although that center-left party has said it will not do so, or she could try to form a minority government, which was seen as unlikely. Otherwise Germany will have to hold new elections.


“It is at least a day of deep reflection on how to go forward in Germany,” Merkel said. “But I will do everything possible to ensure that this country will be well led through these difficult weeks.” 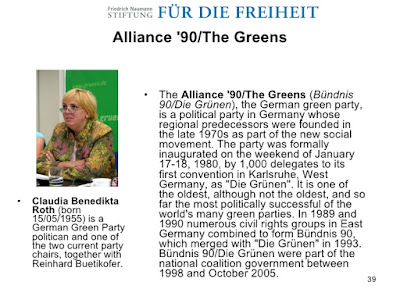 Merkel’s conservative Christian Democrats and sister Bavaria-only Christian Social Union, the pro-business Free Democrats and the left-leaning Greens had already blown past Merkel’s own deadline of Thursday to agree on a basis for opening formal negotiations on a coalition of all four parties, a configuration that has never been tried at a national level in Germany.

Key sticking points were the issues of migration and climate change. Among other things the Greens were pushing for Germany to end its use of coal and combustion engines by 2030, though they had signaled they were open to some compromise.

The other parties are also committed to reducing carbon emissions, but Merkel’s bloc hadn’t put a date on when to phase out coal. The Free Democrats also expressed concern about what the moves would mean for jobs and Germany’s economic competitiveness.

On migration, the Christian Social Union wanted an annual cap on refugees, while the Greens sought to allow more categories of recent migrants to bring their closest relatives to join them. Merkel said that “we thought we were on a path where we could have reached agreement,” when that the Free Democrats decided to pull out.

Free Democrat leader Christian Lindner told reporters that his party decided to withdraw rather than further compromise its principles and sign on to policies the party was not convinced of. “It is better not to govern, than to govern falsely,” he said.

Greens politician Reinhard Buetikofer criticized Lindner’s decision, saying on Twitter that the Free Democrat had chosen “a kind of populist agitation instead of governmental responsibility.”

Looking ahead, if it comes to a new election, polls currently suggest it would produce a very similar parliament to the current one, which would make efforts to form a new government similarly difficult.

Though Merkel could also abandon the Free Democrats and the Greens and instead form a coalition with the center-left Social Democrats, her current partners in the outgoing government, the Social Democrats have been adamant about going into opposition following its disastrous result in the Sept. 24 election. Party leader Martin Schulz as recently as Sunday again ruled out the possibility of pairing up with Merkel’s bloc to form a new government. 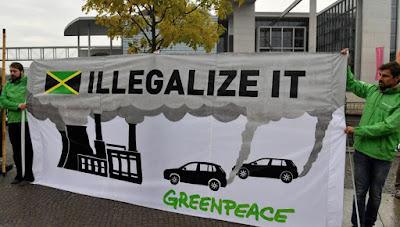 Mutti Merkel: “Another one of those tiresome elections? Curses!”

“It is better not to govern, than to govern wrongly,” said FDP chief Christian Lindner to the press around midnight local time. Angela Merkel said in the early Monday-morning hours that she deeply regretted the FDP’s decision. She still believes that it would have been possible to find a compromise with the Greens on the controversial topic of refugees.

But FDP chief Christian Lindner said that while it would have been possible to find common grounds with the CDU (Merkel) and CSU, the differences between FDP and Greens were simply irreconcilable.

Until Sunday night the central contentious point was the topic of migration [i.e. refugees]. CSU and FDP demand a curb of migration, while the Greens oppose that and demand (on top of that) “family reunification” for hundreds of thousands of Syrian Muslims (and millions of other Muslim refugees) already in Germany.

The pack is reshuffled. We at Vlad have been predicting this from the moment the results came in on September 24.
German Coalition Talks Collapse: Deadlock on Migration and Energy

In a month of talks, Merkel has often cut a passive figure as party representatives found themselves at loggerheads over issues such as the question of how many of the migrants who found their way to Germany in 2015 and 2016 would be allowed to be reunited with their families.

Migration emerged as a contentious political issue in Germany following the refugee crisis, when 1.2 million migrants entered the country in 2015-16. The backlash against Merkel’s decision to keep open Germany’s borders has resulted in a far-right party entering the German parliament for the first time in more than 50 years. In the coalition talks in Berlin, the CDU, the CSU and the FDP have, at times, worked to outdo each other on calling for a harder line on migration controls.

According to reports in German media, the Green party suggested a compromise over the weekend whereby they would agree to limit Germany’s annual intake of migrants to a benchmark figure of 200,000 – as long as other parties did not rule out allowing migrants with “subsidiary protection” status to be reunited with their families.


The parties have struggled to find a common ground on climate change, with the Greens calling for a reduction in coal-generated power of 8-10 gigawatts while its potential coalition partners have expressed concerns about job losses in the energy and manufacturing sectors.