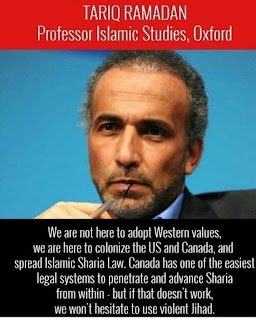 An Oxford quad falls silent amid Tariq Ramadan rape allegations: In the city of dreaming spires, a new £11 million building offers clues as to why the prestigious university waited over two weeks to act on accusations of rape and sexual assault against one of its professors.

At St Antony’s college, everyone is running scared, heads down and refusing to talk. Inside, on the college quad - usually the epicentre of student life - there is a marked reluctance to engage. The gleaming new building is home to the university’s Middle East Centre, where Tariq Ramadan usually tutors and supervises students.

After the first of a string of damning rape and sexual assault allegations made against the Islamic scholar, students at Oxford were told they would continue to be tutored by him – although they were allowed to request another faculty member to be in the room if they wished.

Eugene Rogan, the director of the Middle East Centre, also defended Mr Ramadan, telling students that the accusations were “just another way for Europeans to gang up against a prominent Muslim intellectual”.


But as the accusations mounted, the university finally caved into pressure. This week, it issued a statement announcing that Mr Ramadan, professor of Islamic studies at Oxford, would be taking a leave of absence “by mutual agreement and with immediate effect”.

Mr Ramadan, who is the grandson of the founder of the Muslim Brotherhood, said on his Facebook page that he welcomed Oxford’s handling of the situation. He has denied all the allegations and counter-filed for libel.

Away from the Middle East Centre, there was a sense of relief about the decision among those students who were willing to talk. But in a clandestine meeting held down a cobbled alleyway in the city centre, a group of undergraduates told The National of the anger among students that it had taken this long for the university to act.

It took over two weeks since the first rape accusation – and a petition signed by almost 2,000 people – for the prestigious university to finally formally acknowledge the complaints, they said. A faculty meeting had been held last week to address the concerns. But students are understood to have walked away from that meeting no more comforted.

Many tutors advised those present not to speak to the media about the scandal. According to student newspaper Cherwell, Mr Rogan told students: “We can’t tell you what you should say. But I encourage everyone to use their moral judgement about how they voice their concerns – not to victimise the women who’ve made the allegations or the men who’ve been accused of things they’ve not yet had the chance to defend themselves against.”

In the meantime, Mr Ramadan, a well-known figure who has been affiliated with the university since 2005, was seen “walking and laughing in the halls as if nothing had happened”, Cherwell reported.

Speaking to The National, one female undergraduate, who requested to withhold her name, said: “The university has handled it really badly. He should’ve been sent down a long time ago.” Others expressed confusion about what a ‘leave of absence’ actually means. “Is he going to be formally suspended or expelled? What’s the next step?”, one asked. The university’s head of communications, Jonathan Ray, refused to comment, as did Mr Rogan.

While Mr Rogan was right to warn against jumping to conclusions, it’s also hard to see how Mr Ramadan could have stayed on in an increasingly heated atmosphere. In the Oxford Union, his face is plastered across student newspapers stacked up in the corridor, under the title: “Don to keep teaching despite rape allegations.”

At the faculty meeting, the lack of communication with students had been blamed on the fact that the complaints have all been made overseas in countries with different legal systems. All of the alleged victims who have spoken up have been in Europe – in France, Switzerland and Belgium.

However, students told The National of rumours of complaints in Oxford too, although nothing has been confirmed. The time-honoured 'tute system' at Oxford, in which pupils receive near one-to-one tuition with experts in their field, is thought to be particularly conducive to potential harassment given the amount of alone time it involves.

In March, a Guardian investigation found that Oxford had the highest number of allegations against staff by students compared to any other university in Britain, with 11 cases recorded centrally and 10 by colleges.

There are also concerns that much of this behaviour goes unreported. Oxford students told The National said that after Mr Ramadan sued the first woman who spoke up, many others might have been put off from doing the same. “Whose interests is the university really protecting?” one student asked. This question may well have been asked in common rooms across Oxford in recent weeks.

Back at St Antony’s, and the new building, which houses the Middle East Centre’s library and archive, may offer some clues as to why the university is perceived to have divided loyalties.

Qatar poured £11 million into the new building, designed by British-Iraqi architect Zaha Hadid, which provided almost 1,200 square metres of additional floor space and a new 118-seat lecture theatre. It was opened in 2015 at a grand ceremony attended by Sheikha Moza bint Nasser of Qatar.

According to the St Antony’s college website, Mr Ramadan was appointed to the “H.H. Shaykh Hamad bin Khalifa Chair in Contemporary Islamic Thought through a magnanimous benefaction from the Qatar Foundation”. In an interview with French newspaper Liberation, Mr Ramadan himself conceded that Qatar had funded his chair at Oxford, although his salary is paid by the university.

“The chair was created essentially for him," Ghanem Nuseibeh, co-founder and former president of the Middle East students union in the UK, told The National. “He does not necessarily qualify as the most suitable person for that chair – it is a political chair that was created for political reasons, not for academic reasons.”

In itself, that practise is nothing new, said Mr Nuseibeh, who is also senior visiting fellow at King's College, London, and former fellow at Harvard University Centre for Ethics. But because of the latest scandal, it raises questions again about where the lines need to be drawn.

“What is of great concern here is whether Oxford University would have acted similarly if it was another professor who was not perhaps sitting in the Qatar chair, and who had no political affiliations?”, he asked. “The consensus among academics – both in Oxford and outside – is that Oxford should have suspended Ramadan as soon as the allegations were first made. Westminster has expelled politicians for much lesser crimes. And you’d expect a university like Oxford to be one step ahead in putting down the moral foot.

Mr Nuseibeh pointed out that Mr Ramadan has still not even been suspended – it’s just a ‘leave of absence’. “The question is whether Oxford will be prepared to sack him, and if so, will Qatar continue funding the university?

“Funders should not be able to jeopardise the reputation of an institution they donate to. It sends completely the wrong message – not just about Oxford but also about academia more broadly,” he added. “It promotes the idea that money can buy everything.”

I salute the position taken by Oxford University since this matter first arose. The University has defended the principle of presumption of innocence without minimising the gravity of the allegations against me. The University has always considered it imperative to respond to students’ questions and to ensure their security.

Contrary to reports in the French-language press, I have taken leave of absence upon mutual agreement with Oxford University, which will permit me to devote my energies to my defence while respecting students’ need for a calm academic environment. Our joint communiqué follows:

"By mutual agreement, and with immediate effect, Tariq Ramadan, Professor of Contemporary Islamic Studies, has taken a leave of absence from the University of Oxford. Professor Ramadan's teaching, supervising and examining duties will be reassigned, and he will not be present at the University or College.

The University has consistently acknowledged the gravity of the allegations against Professor Ramadan, while emphasising the importance of fairness and the principles of justice and due process.


An agreed leave of absence implies no presumption or acceptance of guilt and allows Professor Ramadan to address the extremely serious allegations made against him, all of which he categorically denies, while meeting our principal concern - addressing heightened and understandable distress, and putting first the wellbeing of our students and staff." 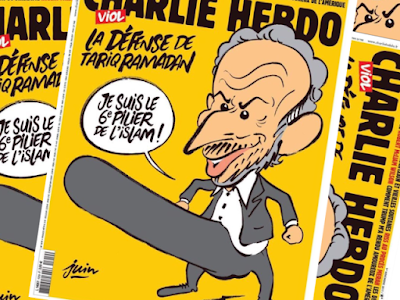