(Staff articles from The DAILY SABAH TURKEY on 13 December 2017.)

The Organization of Islamic Cooperation (OIC) declared East Jerusalem the capital of Palestine "under occupation" and urged the U.S. to withdraw from the peace process and back down from its Jerusalem decision in a statement issued following an extraordinary summit in Istanbul on Wednesday.

Abbas said that Palestinians can no longer accept the U.S. as mediator in the peace process since it has lost impartiality. "We will aply to the UN Security Council for the annulment of US decision to recognize Jerusalem as Israel's capital," Abbas said, noting that all 14 member countries of the UNSC other than the U.S. support Palestine's position.


As the final leader speaking in the summit, Erdoğan bitterly criticized the U.S. and Israel for reckless decisions placing themselves above the international law. "I believe that with this historic summit we have shown the world that Jerusalem is not abandoned," Erdoğan said and thanked all leaders for convening in such a short notice. "I think this portrait of unity on Jerusalem should set an example, lesson and warning for everyone," he added.

Invited by Erdoğan, leaders and representatives of 57 Muslim countries gathered in Istanbul in response to last week's U.S. recognition of Jerusalem as the capital of Israel, a decision believed to be pushed by President Donald Trump.

"Trump, do you stand behind this Israel? There is occupation, torture, terror there. Do you defend this Israel? But I find it normal since the [same] Trump mentality that used terrorist YPG/PYD against Daesh also does this," said Erdoğan while condemning Israeli security forces for the violence against protesters.

Erdoğan once again urged all countries which have not already done so to recognize the State of Palestine with Jerusalem as its capital. Iranian President Hassan Rouhani, Jordanian King Abdullah II and Lebanese President Michel Aoun are among the heads of state attending the emergency summit in Istanbul, as well as the emirs of Qatar and Kuwait and presidents of Afghanistan and Indonesia.

Trump's announcement drew widespread international rejection and condemnation and sparked a wave of protests across the Muslim world. Tension has particularly mounted in the Palestinian territories. Israeli security forces have so far killed two Palestinians and injured several hundred during demonstrations against the declaration.

Jerusalem remains at the heart of the Israel-Palestine conflict, with Palestinians hoping that East Jerusalem — illegally occupied by Israel since 1967 — might eventually serve as the capital of a Palestinian state. 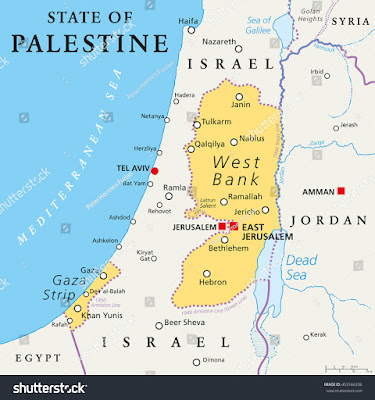 UNSC To Vote On Rejecting Jerusalem As Israel’s Capital

The UN Security Council plans to vote on a draft resolution Monday rejecting U.S. recognition of Jerusalem as the Israeli capital. As a permanent council member, the U.S. will likely veto the Egyptian-sponsored text.

Reuters says the resolution does not mention the United States or President Donald Trump by name. But the draft expresses "deep regret at recent decisions concerning the status of Jerusalem." The draft also appeals to all U.N. members to refrain from setting up an embassy in Jerusalem.

"Any decision and actions which purport to have altered the character, status, or demographic opposition of the Holy City of Jerusalem have no legal effect, are null and void and must be rescinded in compliance with relevant resolutions of the Security Council," the draft states, according to Reuters.

There has not been any response so far from the U.S., but its reply will likely come as a veto Monday. President Trump said his decision last week to recognize Jerusalem and eventually move the U.S. embassy there is "recognition of reality," saying the city is not only the historic capital of the Jewish people but the capital of modern Israel.

Many European nations and others call Trump's decision the wrong one at this time and say they have no plans to move their embassies to Jerusalem. Israel says Jerusalem has always been its undivided eternal capital.


But the Palestinians want east Jerusalem as the capital of a future state, and claim the U.S. announcement wrecks the peace talks. The United States says the physical location of its embassy has no bearing on talks toward a two-state solution in the Middle East.