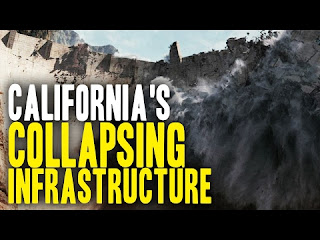 Welcome to California.  It is a state of a perfect set of laws – at least in the minds of those wedded to the legislative pursuit of social justice.  Under the one-party Democrat rules, spending on fairness tops $100 billion every year. Meanwhile, the basic infrastructure of the state, so necessary for the economy long and short term, is collapsing.

The California legislature has been busy making the news these days.  They are determined to fight President Trump tooth and nail – and they are putting the taxpayers’ money where the legislature’s mouth is.


“While Donald Trump may have won the presidency, he hasn’t changed our values. America is greater than any one man or party. We will not be dragged back into the past. We will lead the resistance to any effort that would shred our social fabric or our Constitution.”

(Blogger’s Notes: Last presidential elections in 2016 Trump got only 31.5% in California to Hilary Clinton’s 61.5%. He later claimed that he didn’t even bother to campaign in that notoriously Socialist State ran by Commies and new-age Tech Titans.)

The legislature hired former Obama Attorney General Eric Holder as legal counsel for their fights with the federal government.  Their new state attorney general, Xavier Becerra, was appointed “to protect California's economy and our sensible policies on climate change, health care, civil rights and immigration,” – so said Governor Brown who made the appointment.

California, of course, is the front-line for Sanctuary Cities – so many of which have also pledged to fight Trump.  Cities like Los Angeles, San Francisco and Sacramento prohibit law enforcement from cooperating with immigration authorities – Kate Steinle notwithstanding. They are all willing to risk millions of dollars in federal funds for their current residents essentially to provide social justice for those here now illegally and in the future.

Long before all of that, of course, California has led the way for its brand of social justice on social issues as well.  When they have, they do more than talk about it – they spend money on it, including in the schools.

Finally, we cannot forget that California has the most stringent and expensive regulations in the world as part of its effort to fight “climate change.” Estimates run to over a billion dollars spent in California each year to change the world’s climate – or at least to prevent it from changing any more. Now Mr. de León wants to prevent the use of any fossils fuels in the state by 2045.

Of course, it is no small irony in an epic year of rain, those same Democrats continue to claim that because of a lack of social justice in the hearts of Americans, climate change is real and will result in prolonged droughts in California. Indeed, taxpayer funded NASA climatologist Bill Patzert predicted last year that “We are in a drought forever.” Mother Nature, of course, does not listen to politicians or predictions.

California has indeed had an epic amount of rain this year – far, far greater than anyone predicted. So much so that California infrastructure is being exposed for what it has been – ignored. 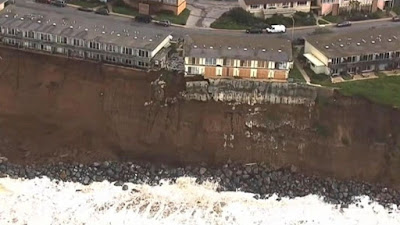 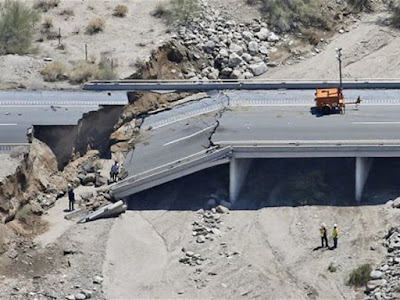 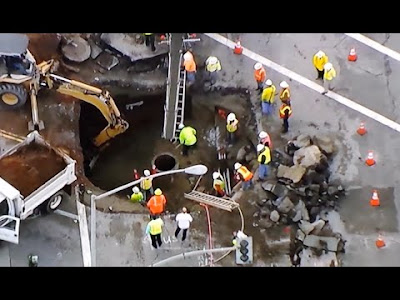 The biggest non-social justice headlines have gone to people fleeing Oroville Dam, which holds back Lake Oroville, the second largest man-made lake in California.  For over a decade, despite many warnings, the social justice warriors have not only refused to build new water infrastructure to feed a population growing with the immigrants and now refugees they want to protect, they have also refused to spend money to protect the infrastructure they have.


It is said that California has over $77 billion in deferred road, highway and bridge maintenance.  It showed this week with a sink hole in LA because of the rain they didn’t predict.  There is also the collapse of part of one of its main highways in the North, Highway 50, from the rain they didn’t predict – not to mention the Oroville dam, the break in a Central Valley levee and over-flowing dams causing flooding in places like the southern part of Silicon Valley.

Of course, there is the whole issue of the lack of water infrastructure in California.  There is not enough of it to store and supply the water needed for its industry and residents.  Indeed, the system was designed for half those living in California today. Keep in mind that, three years ago, even the EPA said California needs $44.5 billion to fix the infrastructure that it has.

Those numbers, as this last winter of damaged infrastructure, roads and dams have proven, are understated.  All of which brings us to . . .

High Speed Rail.  Gov. Jerry Brown wants to spend at least $70 billion to build high speed rail that really no one outside of a construction union and Sen. Diane Feinstein’s husband (his company “won” one of the construction contracts for $1 billion) wants.  Jerry Brown doesn’t want the spending train to stop there, however.

Brown also wants to spend $15 billion to $25 billion (yes, the estimate range is that wide) on water tunnels of unknown value because they will be tied up in courts for years. Keep in mind that it would be far cheaper to simply direct water to the Central Valley instead of releasing so much of it to ocean, which global warming enthusiasts say is rising anyway.

So, what is an impoverished California to do?  It’s not an academic question.  California leads the nation in poverty when cost of living is factored into the equation.

According to Brown and the Democrats, the answer is: fight for future immigrants, refugees, sanctuary cities, social issues and global warming. Social justice for all – in other words – served on high speed rail.


Perhaps one day, the Brown and his Democrat friends will understand as Sen. Daniel Patrick Moynihan did that there is no social justice without a job – but don’t count on that any time soon. 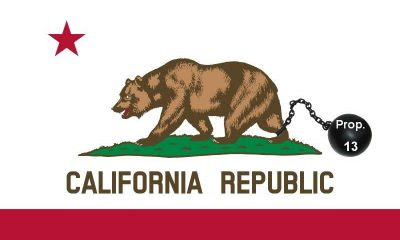 Citing concerns over the state's air quality, officials of the California Air Resource Board (CARB) have decided to go ahead with a plan that will prohibit owners of two-stroke motorcycles and ATVs manufactured after January 1, 1997, from registering their vehicles with the state's "Green Sticker" program.

The action effectively bans new two-stroke vehicles from use except at closed-course competition facilities, reports the American Motorcyclist Association (AMA).

Off-road motorcycle and ATV enthusiasts, led by representatives of AMA District 36 (covering northern California and northwestern Nevada) and with the support of the AMA and its District 37 (Southern California) organization, tried to negotiate with CARB officials to gain some exemptions within the new regulation. However, those negotiations have failed to achieve any significant results.

The new regulation has raised a great deal of concern within the off-road recreation community because of the ramifications of banning an entire class of vehicles in California, a state that comprises a large portion of the U.S. off-road motorcycle and ATV market.

Motorcycles and ATVs manufactured before January 1, 1997, will not be affected by the new regulation, and negotiations with CARB officials will continue in hopes of securing exemptions for observed-trials motorcycles and for competition events, including desert racing.

"We recognize that California has some serious air-quality issues and that CARB has been charged with finding solutions," noted Eric Lundquist, AMA legislative affairs specialist. "But we disagree that this ban is the appropriate way to deal with those problems. We will continue to work with CARB officials to mitigate the impact of this regulation on California off-road enthusiasts." 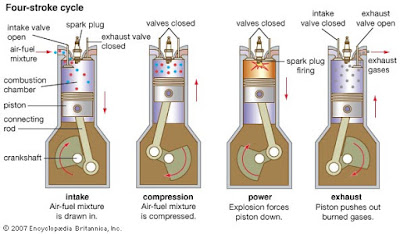