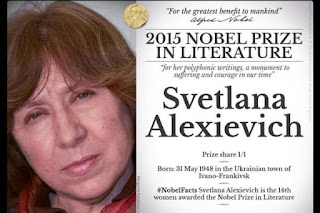 ‘Communism had an insane plan’, Svetlana Alexievich has claimed: to remake not just society, but humanity itself. ‘And it really worked’. After many years in the ‘Marxist-Leninist laboratory’, a new type of man had emerged: homo sovieticus.

Although he might speak any one of a dozen languages, he was easy to pick out. Tragedy was etched in his face. Born in ‘the land of the Gulag and the harrowing war’, he had suckled on the horrors of ‘dekulakisation, and …deportations’. Hemmed in by conflict, he had developed his own ‘conceptions of good and evil’, his own ‘heroes and martyrs’. His speech was peppered with ‘jarring terms’ such as ‘liquidate’ and ‘eliminate’. And his heart was full of ‘hatred and superstition’.

But the real tragedy of homo sovieticus was that he was blind to his condition. Under Stalin and Khrushchev, the party had ensured that the present was obscured by fantasy. A steady stream of propaganda hammered home the message that factories always exceeded their quotas, farms produced bumper harvests and shops were filled with goods.

Born in the town of Stanislaviv (today Ivano-Frankivsk, Ukraine) shortly after the Second World War, Alexievich experienced this tragedy first-hand. Like others, she could not see her own ‘slavery’. Indeed, she liked being a ‘slave’. She was proud of the Communist achievement and was ready to fight for the USSR. Seduced by what she had been told about the past, she was ‘bitterly disappointed that the Revolution and Civil War had all happened before [her] time’.

Socialism of the soul

By the 1980s, however, the world of the homo sovieticus had begun to crumble. Under Leonid Brezhnev (1906-82), high military expenditure had taken a heavy toll on the economy. Stagnation had set in. Coupled with a disastrous intervention in the Afghan civil war, the resulting social problems weakened propaganda and fuelled dissent. Fearing unrest, Brezhnev’s successors recognised the need for reform. 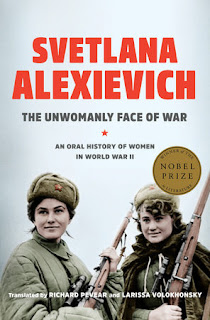 Although progress was slow under Yuri Andropov and Konstantin Cherneyenko, it gathered pace under Mikhail Gorbachev, thanks to his policy of uskoreniye (‘acceleration’) and perestroika (‘restructuring’). But in the belief that growth was only possible if new ideas were allowed to flourish, he also called for increased transparency (glasnost) and democratisation.

This lifted the veil of fantasy clouding the Soviet people’s view. They saw the present for what it was. As writers and journalists stripped away the layers of falsehood, a world of poverty and corruption was laid bare. The past, too, was rediscovered. Historians began to dismantle propagandistic narratives of the Revolution, the Civil War and Stalinism. Diving into newly opened archives, they finally revealed the truth about the terror, the purges and the famines.

Swept along by the spirit of glasnost, Alexievich, too, was seized by a desire to rediscover the Soviet past. But she was sceptical of conventional forms of historical research. These were concerned only with ‘the facts’. And facts were too cold and impersonal for her tastes. They could show you what had happened under socialism, but not much else.

Alexievich wanted to explore ‘the history of “domestic”, “interior” socialism’ – socialism as it had ‘existed in a person’s soul’. To access this, she employed the techniques of oral history. By speaking to as many people as possible and presenting their testimonies without commentary, she hoped the past would speak for itself.

Many historians supposed that if people were given the opportunity to narrate their past experiences openly, they would articulate criticisms of socialism in the present. But Alexievich’s encounters confounded expectations. Although witnesses were often sharply critical of Soviet propaganda, they were unnerved by the pace of Gorbachev’s reforms and spoke of ‘unvarnished’ socialism as a source of comfort, if not conviction.

In The Unwomanly Face of War (1985), she gathered together interviews with hundreds of women who had served in the Red Army during the Second World War. Their memories differed, but it was noticeable that they all rejected the Soviet myth of heroic struggle. From their myriad accounts, there emerged a picture of women trying desperately to preserve their humanity amid inhuman suffering. 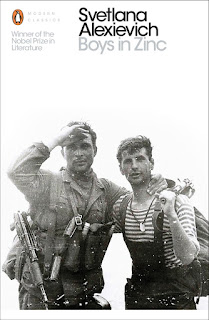 Many were so traumatised that they did not want to remember the carnage they had witnessed. But few denounced the Soviet Union as the cause of their suffering. They were proud to fight for socialism. Though they were rarely believers, they explained that its familiarity had given them a sense of purpose. The songs they sang and the ‘little medals’ they were given helped them remember that they were still women.

Boys in Zinc (1989) presented a similar picture. Taking its title from the zinc-lined coffins in which bodies were brought back from Afghanistan, it collected the accounts of soldiers, their wives and their mothers. These again took aim at the myth of heroic struggle. Bemoaning the senseless slaughter, poor leadership and open corruption, many inveighed against the futility of the conflict.

But this seldom led to an attack on the Soviet system. Those interviewed were no ideologues, but even at this late stage in Soviet history, socialist platitudes could still reassure and encourage. The habits of the past gave certainty to an uncertain present and helped men stay human amid the horror.

But Gorbachev’s reforms could not save the world of the homo sovieticus. On 26 December 1991, the Soviet Union was finally dissolved. As the newly independent republics began charting their separate futures, reformers confidently predicted that their citizens would gladly embrace the new political order. The Communist past would be forgotten and all would march towards the future joyfully.

Alexievich was not convinced. Gathering testimonies about the Chernobyl nuclear disaster (26 April 1986) in the mid-1990s, she realised that the sudden collapse of the Soviet Union had forced social memories to move further in the opposite direction. It was not that they found greater comfort in an ‘unvarnished’ socialism. Quite the reverse. 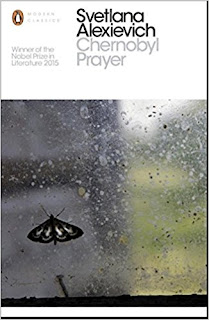 As the accounts in Chernobyl Prayer (1997) make clear, the disaster illustrated all that was wrong with the decaying Soviet system. It was not just that the reactor had been built by corrupt contractors, or poorly maintained by incompetent apparatchiks. It was that they had been lied to. No one had told them about radiation or its effects, even after the explosion. They had blundered blindly into a terrifying world of cancer and death.

In their agony, they railed and fulminated at all that the USSR had been. But when they looked at what the Soviet Union had been replaced with, they saw even greater suffering. Now that socialism had gone, they were abandoned. No one wanted to be near them, let alone waste money treating their illnesses. It was no surprise that, when they narrated their experiences, they gave the impression that they would have preferred to live with the rotten certainties of the Soviet system than this hopeless, inhuman freedom.

This notion is reinforced in Alexievich’s most recent work, Secondhand Time (2013). It contains the testimonies of dozens of people whose fates were directly bound up with the collapse of the Soviet Union. Like many of the Chernobyl victims, they bitterly condemned the abuses of the Communist past, reserving particular scorn for Stalin. But they were frightened and bewildered by the rapid transition to capitalism.

Now over the excitement of being able to buy Levi’s jeans, they found life heartless and uncertain. Everywhere there was greed and rapine. They were no longer treated as human beings, but as ‘opportunities’ for gain. Many turned to alcohol or committed suicide.

Compared with this, the past seemed appealing, but not because it was socialist. Few had any illusions left on that score. Nor because it was any less fraught with tragedy. But because its brand of suffering was at least comprehensible.

Some have said that Alexievich’s oral histories are apt to leave the reader dispirited. Her witnesses expect only more suffering in the future and cling to a vague sense that the tragedies of the past were somehow better. But beneath this pessimistic nostalgia, there is a stirring call to arms. If homo sovieticus has anything to teach the former Soviet states, it is that true hope is only found when people make it themselves.


(Accepting the Nobel Prize for Literature in 2015, Svetlana Alexievich recalled her childhood in Belarus, where she could not ‘remember men in our village after World War II’. Alexievich studied journalism in Belarus before writing the oral histories for which she is known. She explained the difference between herself and literary novelists in her Nobel speech thus: ‘Flaubert called himself a human pen; I would say that I am a human ear.’)