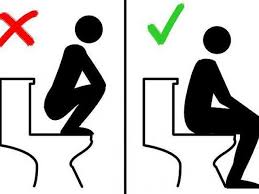 INDIA: Islamic ‘gestapo’ carries out ‘toilet jihad,’ seeking out and destroying any Western-style toilets they find in Muslim homes.

The Muslim group best known for carrying out Female Genital Mutilation FGM on girls in North America has now launched a campaign to destroy Toilet seats to ensure Muslims only defecate the way Arabs did in the Seventh Century and not the ‘western’ toilet seats that come standard in North America and European homes.

The Islamic sect is known as Dawoodi Bohras. They operate like a top-down secret society very similar to the Aga Khan Ismaili community who live mostly in Gujarat, India and Karachi, Pakistan.

As my friend Yusuf Unjhawala, one of the many dissidents in the community first pointed out, the community’s head priest who lives in India has issued a worldwide diktat (Fatwa) for Bohra Muslims across the world to not use ‘western toilets’.

“Individual homes are being checked and marked against their community ID number. Every house should have only Indian style.” These Red Guards also show homeowners how to get around the problem if one cannot squat on the floor while defecating.


These Bohra Red Guards are like the Islamic internal police distinguished by their red armbands who come to inspect your home, with or without your permission and go straight to the washrooms to check if the homeowner has not implemented the Islamic way of responding to the ‘call of nature.’

Here is one such DawoodiRed Guard doing the toilet jihad in Gujarat, Indi. And this is happening somewhere in Justin Trudeau’s Canada too.


Just as the Ismaili Muslims have Prime Minister Trudeau as putty in their hands, Bohra Muslims have India’s PM Narendra Modi all tied up in their grip as they establish a medieval state within a state. While the rest of the world conquers space and subatomic particles, we Muslims are busy deciding the pious ways to defecate.


O to be Muslim now that Arab Spring has died. 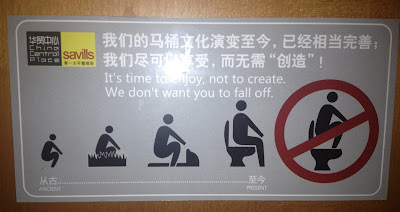