China, Russia oppose UN criticism of Myanmar over Rohingya: The UN General Assembly (Special Session) on Sunday urged Myanmar to end a military campaign against Muslim Rohingya and called for the appointment of a UN special envoy, despite opposition from China, Russia and some regional countries.

A resolution put forward by the Organisation of Islamic Cooperation (OIC) was adopted by a vote of 122 to 10 with 24 abstentions. China, Russia, Cambodia, Laos, the Philippines and Vietnam joined Myanmar in voting against the measure as did Belarus, Syria and Zimbabwe.

The resolution calls on the government to allow access for aid workers, ensure the return of all refugees and grant full citizenship rights to the Rohingya. It requests that UN Secretary-General Antonio Guterres appoint a special envoy to Myanmar.


The measure was adopted by the assembly after its budget committee gave the green light to funds for the new position of UN special envoy to Myanmar. More than 650,000 Muslim Rohingya have fled the mainly Buddhist country since the military operation was launched in Rakhine state in late August.


Myanmar authorities insist the campaign is aimed at rooting out Rohingya militants who attacked police posts on August 25 but the United Nations has said the violence amounts to ethnic cleansing. Last week, the UN special rapporteur for Myanmar, Yanghee Lee, said she had been banned from the country and that the government had cut off all cooperation with her. 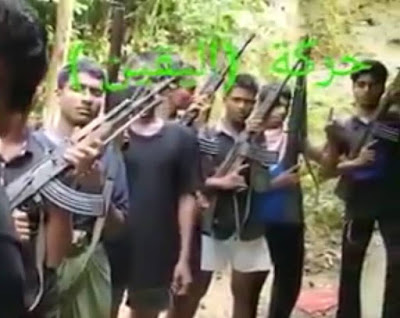 
Zeid Ra’ad Al Hussein, the UN High Commissioner for Human Rights, has said he will not run for a second term amid concerns that the global retreat from human rights makes his position untenable.

Mr Al Hussein, a Jordanian prince who previously served as ambassador to the United States and United Nations, announced his plan in an end-of-year email to his staff. His term comes to an end next summer. “Next year will be the last of my mandate,” Mr Al Hussein wrote, in the email which was seen by the website ForeignPolicy.com.

“After reflection, I have decided not to seek a second four-year term. To do so, in the current geopolitical context, might involve bending a knee in supplication; muting a statement of advocacy; lessening the independence and integrity of my voice – which is your voice.”

The letter painted a bleak picture of the state of human rights one year after President Donald Trump was elected on a platform that relegated the importance of human rights in American foreign policy, and proposed the reintroduction of torture. Secretary of State Rex Tillerson further indicated the shift in policy three months into his tenure, when he said the US should be careful not to let values like human rights create "obstacles" to the pursuit of its interests.

Mr Al Hussein has been particularly critical of Mr Trump’s ban on travel to the US from some Muslim-majority countries, denouncing it as “mean-spirited” and illegal under international human rights law. He continued to criticise the Trump administration throughout the year for its handling of a series of human rights issues, including its attacks on journalists and the judiciary.

“Greater and more consistent leadership is needed to address the recent surge in discrimination… against ethnic and religious minorities,” he told a meeting of the UN human rights council in Geneva in March.

Other world powers from China to Europe have also been accused by advocates of back-peddling from their historical commitment to human rights, amid increasingly tough restrictions on migrants.

However, UN Secretary General Antonio Guterres has been more restrained in speaking out against human rights abuses by world powers, opting instead to work behind the scenes with governments such as the US to defuse conflicts. Mr Guterres also urged Mr Al Hussein to rein back his attacks on Mr Trump, amid concerns it could alienate the US from the UN.

“It has been an arduous year for many of us,” Mr Al Hussein reflected in his email. He said his final months on the job would be dedicated to promoting the Universal Declaration of Human Rights, the document that underpins the UN’s role in championing human rights, which will celebrate its 70th anniversary in 2018.

He characterised that campaign as one of “mobilisation and defiance, pushing back the many trends across the world that seem to negate and deny the value of human rights. There are many months ahead of us: months of struggle, perhaps, and even grief — because although the past year has been arduous for us, it has been appalling for many of the people we serve,” he wrote.

(Blogger’s Notes: The United States's constant threat of funding cut to UNHRC might be the reason UN boss Guterres putting pressure on the Muslim boss of the UN human rights body which is quickly becoming a hypocrite oxymoron organization being controlled by the worst abusers of human rights such as Saudi Arabia and Venezeula.) 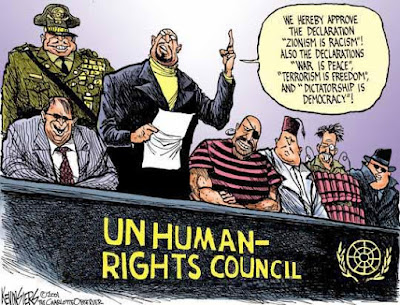