(This post is partly from Myanmah Ahlin newspaper on 20 August 2012.)

Burmese Government has recently issued a strong notice to the world that Burma will not accept the current Islamic unrest in Arrakan State to be treated as an international situation which is what OIC the Organization of Islamic Cooperation is trying to push for at the UN General Assembly.

But OIC, the organization well known as the Multinational Muslim Mafia,  seems to see it differently. As part of OIC’s grand scheme of expanding the Islamic Empire, getting a toehold in Burma by grabbing Northern Arrakan and then to be re-populated by the fellow Muslims aka the Bengali-Muslims from the population-exploding and slowly-sinking Bangladesh is right now the most important objective for the sole umbrella organization of Muslims worldwide.

In the process the Bengali-Muslims armed and financed by the OIC will slaughter millions and millions of hapless Yakhine-Buddhists to make way for Islamic newcomers from across the border. Like what they did before in 1942 and countless times thereafter.

When it comes to killing Buddhists the Muslims are not human they are animals. From 1200 to mid-eighteenth century Muslims had killed over 80 millions Buddhists in the wide area now known as Afghanistan, Pakistan, and India. They have also proven themselves quite proficient in killing Buddhists even today in the Maungdaw-Butheetaung area in Northern Arrakan.

They have killed so many Yakhine-Buddhists some parts of Arrakan are now almost Buddhist-free. From 90% Buddhist to less than 5% Buddhists in just 60 years at the Maungdaw Township alone.

OIC is Reporting Burma to the UN General Assembly

The OIC is trying real hard to make the Arrakan situation in Burma the most urgent international situation and an important matter of the UN General Assembly while basically ignoring the brutal civil war going on right now in Syria.
The 57 Muslim member states of the OIC had decided in Mecca to make the continued violence against the Bengali-Muslims a matter of the UN General Assembly. Within the OIC, the governments of Indonesia, Malaysia, Turkey, Saudi Arabia, Egypt, the United Arab Emirates and Iran showed special commitment towards the so-called Rohingyas.
Ironically, most Muslims in these Islamic OIC countries will kill and are killing their own Buddhists among them at whim. What a hypocrite, OIC? Has anyone ever seen a Buddhist temple in Saudi Arabia? Or Iran? And bloody Saudi Arabia is calling us Burmese genocidal. We cannot count the number of mosques popping out like mushrooms in Rangoon alone. The bloody Saudis should know that as the very money to build these mosques and madrassas in Burma has been coming from their country Saudi Arabia.

(A Popular joke in Burma is if there are two Muslim families in any small town in Burma the grateful Saudi Arabia will give them one million US$ to build a mosque and a madrassa in that town. It is not funny as it is rather horribly scary for a Buddhist like me.)
The Muslim states emphasized to want to discuss the fact that Burma's government is denying the fundamental civil rights of the Rohingya while we Burmese people as a whole not just the government do not accept the newly-invented term Rohingya as they all are pure Bengali-Muslims and illegal immigrants from Bangladesh.
OIC appears to have suddenly jumped out to protect the Muslim minority of Burma out of compassion towards fellow Muslims. But they have been planning for this occasion years and years ahead. They have been bribing the exile Burmese-ethnic groups like Harn Yawnghwe's EBO (Euro-Burma Office) and ENC (Ethnic Nationality Council) millions and millions of Euros and Dollars to publicly accept Bengali illegals as Rohingyas. OIC even has a final military plan to invade and forcefully remove Yakhine-Buddhists from Arrakan.

In April 1992 the Saudi Crown Prince Khaled Sultan Abdul Aziz, the commander of the Saudi contingent in the 1991 Gulf War, visited Bangladesh and recommended a Desert-Storm like operation to invade Burma, and the OIC has since drawn a detail military plan to occupy and forcefully islamize Buddhist Burma.

But the mainly Saudi terrorists' 9-11 attack on the World Trade Center has changed the whole thing as the Islam becomes a religion of terror in the world eyes. And of course the PLA divisions ready and waiting on the China-Burma border are the main deterrents for any Islamic invasion plan. No wonder our Burmese Army has been seeking nuclear-bomb-technology from North Korea since then. And we should still be doing as our security situation is more precarious than Israel. 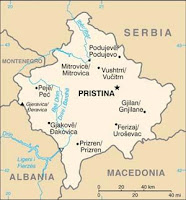 Now the Muslims’ OIC is using the UN and expecting the UN peace keeping troops to do their dirty work in a very near future. Like what they did in Kosovo. Poor Serbians didn’t even know they got really shafted till the day they the original Christian inhabitants have been kicked out permanently from their ancestral homeland by the Albanian-Muslims.

Our Arrakan could soon become the Kososvo of Asia. It is a frightening thought. Breeding like jack-rabbits has a reward. Land, plenty of fertile land. And the extinction of a rival race and their gentle and non-violent religion.

I just hope and pray that we Buddhist Burmese are not fighting a losing war against the worldwide Islamic empire!

OIC the most dangerous Sharia-Jihadi group on earth.