(Translation of News from the Yangon Press International on 27 August.)

Burma President U Thein Sein has reshuffled his cabinet and also appointed some new deputy ministers on today 27 August 2012.

The surprise was the apparent demotion of Minister U Kyaw San from the Information Ministry to the Co-operatives Ministry.

And the reason for 6 union minsters in the President's Office   is not so clear but the speculation is U Thein Sein wanted the union ministers to handle individual cases like the Arrakan Islamic Crisis and  the ceasefire negotiation cases and report to him directly.
Some of the new ministerial posts are still to be announced as the following 8 ministerial positions are now vacant. 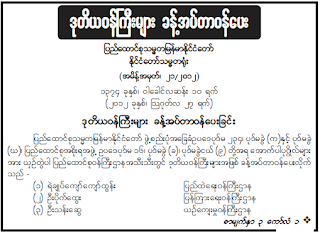 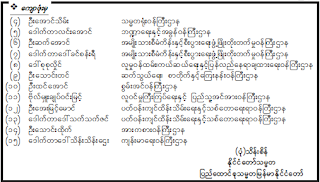 Presidential Decree of Cabinet Reshuffle (in Burmese)
Posted by Hla Oo at 1:36 PM