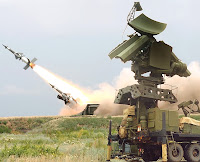 The S-125 missile systems were first deployed around Moscow, augmenting the S-25 and S-75 sites already ringing the city, as well as in other parts of the USSR.


These refurbished S-125 missile systems are rebadged as Pechora 1M and sold primarily to the Yugoslavia and Egypt. The Pechora 1M was basically a stationary air-defence missile system and during the 1999 NATO bombing of Yugoslavia, despite their initial success in dropping a few NATO planes off the sky, almost every missile system was destroyed by NATO since they gave away their exact position once a missile was fired.

Pechora 2M was the improvement of Pechora 1M as both missiles and the radar-guidance system were now truck-mounted and all the interconnecting cable system between the fire-control and the targeting antennas and guidance radar were replaced with electro-magnetic wave system.

In Pechora 2M the missiles are typically deployed on fixed turrets containing two or four but  carried ready-to-fire on ZIL trucks in pairs. Reloading the fixed launchers takes a few minutes. 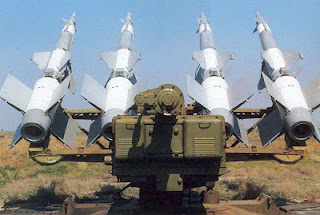 The launchers are accompanied by a command truck and three primary radar systems namely, 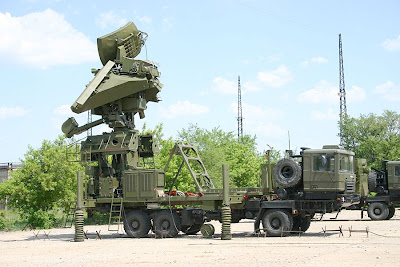 "Flat Face"/"Squat Eye" is mounted on a van ("Squat Eye" on a taller mast for better performance against low-altitude targets also an IFF [Identifies Friend or Foe]), "Low Blow" on a trailer and "Side Net" on a box-bodied trailer.

Each Mobile Missile Battalion of Burma army is known to be equipped with four Pechora 2M SAM systems with at least 64 missiles. Each missile battalion has its own secret radio wave length different from other battalion’s so that the missile systems will not interfere with each other. Once that wavelength is leaked or expired a new wave length is to be re-assigned. The Air Defense Command was formed during the late 1990s but was not fully operational until late 1999. It was renamed Bureau of Air Defense in the early 2000s.

Also In early 2000, Burma military established Myanmar Integrated Air Defense System (MIADS) with help from Russia, Ukraine and China. It is a tri-service bureau with units from all three branches of Myanmar Armed Forces.

All Air Defense assets except Anti-Aircraft-Artillery within army arsenal are integrated into MIADS. (AAA guns are mostly unguided and deployed to use in barrage-style firing against attacking aircraft.) MIADS is directly answerable to Bureau of Air Defense under Ministry of Defense.

Sector Operation Centres and their Headquarters locations are:

Each SOC transmitted data back to Intercept Operations Centre (IOC), which in turn controlled SAM batteries and fighter/interceptor squadrons at various Air Bases.

Each IOC was optimized to direct either SAMs or fighter/interceptor aircraft against incoming enemy aircraft or missile. Each IOC was connected to observer and early warning area reporting posts (RP) via military owned underground fibre optic cable network.

There are more than 100 radar stations located at approximately 40 sites throughout the country. New Air Defence radars such as 1L117 radars, Galaxy Early Warning Radar and P series radars are installed in all radar stations.

Each Sector Operation Centre (SOC) is commanded by a Major General and it consists of one air defence division from Myanmar Army and one fighter-interceptor wing from Myanmar Air Force. Sometimes Air Defence Frigates from Myanmar Navy also operates under the direct command of respective SOC.

Each Air Defence Division is commanded by a Brigadier General and consists of three Air Defense Tactical Operations Command (TOC) and support units.