My question is why is Dr. Zarni, a self-proclaimed religious Buddhist from Mandalay the former royal capital of imperial Burma, writing these vitriolic essays suddenly attacking his own race, religion, and culture?

To answer that question we have to find out who exactly is financing Zarni’ three years time (2011-2013) at LSE as a Visiting Fellow, a lucrative post (worth almost half a million bucks US?) for a self-proclaimed Stateless Burmese.


What Exactly is a Visiting Fellow at the LSE?

A visiting fellow normally is an academic, often a senior academic, who is undertaking research at a different institution than his or her main institution for a limited period, often at a prestigious foreign institution like LSE or Oxford University in England.

When I was doing my Master degree in mid 1980s more than 50% of our university’s faculty were all visiting professors sponsored by foreign donor governments and donor institutions. The salaries and housing costs and other expenses like health insurances for those visiting professors were fully paid for by their respective governments or institutions.

In Dr. Zarni’s case the host institution LSE clearly is not paying his salary for three years which could normally be almost half a million bucks US for a comparable professorship at LSE. Otherwise he wouldn’t be called a Visiting Fellow. He would be on the LSE staff as a proper professor.

Why is LSE not disclosing Zarni’s financial Sponsors? 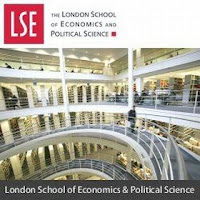 LSE has always disclosed the financial sponsors of its Visiting Fellows. Even if the funding is from the People Republic of China, a Communist country. Following from the LSE website is the particulars of such Visiting Fellows sponsored by the Red China in their Chevening Programme at LSE.

“The Chevening Programme is organised jointly by the LSE, the Foreign & Commonwealth Office, the Embassy of the UK in Beijing, and the Ministry of Foreign Affairs of the Peoples Republic of China.

Current Chevening Fellow Zhou Guohui is the current Chevening Visiting Fellow at LSE IDEAS. He is the Division Director for Southern African Affairs in the African Bureau of the Central Committee's International Department.

Liu Tao is the current Chevening Visiting Fellow at LSE IDEAS. He is the Deputy Director (First Secretary) at the Office of the Secretariat of the Chinese Follow-up Committee of the Forum on China-Africa Cooperation in the Africa Department of the Ministry of Foreign Affairs in China.”

But in Zarni’s extensive pages LSE doesn’t mention his sponsors. Intentionally or accidentally, no one really knows. And following scant particulars are the only facts available on Zarni to general public through LSE site.

“Zarni's main research interests include the political economy of violence, conflict and international development, democratic transformations in Asia, and post-Cold War geo-politics. His forthcoming book on Burma will be published by Yale University Press.

Previously, he taught sociological foundations of education at the National-Louis University in Chicago, and held various academic and leadership fellowships at Chulalongkorn University, Thailand (2010), Department of International Development, Oxford University (2006-09), the Institute of Education, the University of London (2005), Georgetown University (2004) and the Rockefeller Foundation (2001-03).”

Zarni has his own extensive media pages listing all his articles and media interviews on the LSE site, but nothing, not a word, about his real employer or employers.

Are both LSE and Zarni deliberately hiding our Dr. Zarni’s sponsoring university or institution? So many Burmese are emailing me on that suspicious fact and after a few days of investigative work I found this crucial piece of important information on, out of all places, the website of the Brunei’s national university Universiti Brunei Darussalam (UBD).

Dr. Zarni actually is employed by UBD. Officially he is working as a Program Leader (whatever it is) for IAS (Institute of Asian Studies) at UBD. Following is what UBD has of IAS on its website.

Given the country’s strategic location in the hub of Asia, its political stability and the growing national emphasis attached to research and development at UBD, the IAS is an ideal home for the scholars and practitioners engaged in research on Asian affairs.”

And following is what UBD has of our Dr. Zarni on its website.

“A past non-government delegate to the Shangri-la Dialogue, Zarni is Programme Leader in the South China Studies at the IAS where he holds an Associate Professorship specializing in politics.   Concurrently, he is a Visiting Fellow (2011-13) with the Civil Society and Human Security Research Unit at the London School of Economics.”

UBD’s IAS just established on January 2012 has been paying for Zarni’s Visiting Fellow position at LSE since 2011, unbelievable.

Is he really Working for the IAS of UBD?

The first serious question every Burmese patriot should be asking either LSE or Dr. Zarni is why is that crucial information that Zarni is financially sponsored by the Brunei’s national university UBD is not mentioned anywhere on the LSE website.

And the second question should be that why has Zarni never mentioned that important detail in any of his articles or media interviews while constantly emphasizing only on his Visiting Fellow position at the LSE.

The obvious answer I reckoned is that both Zarni and LSE do not want general public to know that Dr. Zarni is on the payroll of Universiti Brunei Darussalam. Why? I asked myself, for UBD the national university of mega-oil-rich Brunei is a reputable educational institution.

Or he could even be part and parcel of that clandestine deal signed between Harn Yawung Nghwe's EBO  (Euro Burma Office) andOIC (Organization of Islamic Cooperation)  for the speedy Islamization of North Arakan, or the rapid extinction of Yakhine Buddhists, and the ultimate freedom of so-called Rohingyas the illegal Bengali Muslims from Bangladesh.

Either way, in Burmese eyes, Zarni definitely is a traitor on the payroll of Islamists!