The stories of 2 Chechen-Muslim brothers suspected in bombing. One killed in firefight. One on Run Identified as Dzhokhar Tsarnaev.

BOSTON (AP) — In May of 2011, Dzhokhar A. Tsarnaev, then a senior at a prestigious high school, was awarded a $2,500 scholarship from the city of Cambridge, Mass., to pursue higher education. Now, Tsarnaev is on the run, described as "armed and dangerous" and suspected of the Boston Marathon bombing.

Two brothers, one now dead, one alive and at large. After hours of only grainy images of two men in baseball caps to go on, a portrait gradually started emerging Friday of the men suspected in the attack.

Tsarnaev, 19, and his older brother, Tamerlan, who was killed during a violent night in Cambridge, had been living together on Norfolk Street in Cambridge. An uncle, Ruslan Tsarni of Montgomery Village, Md., told The Associated Press that the men lived together near Boston and have been in the United States for about a decade.

They came from the Russian region near Chechnya, which has been plagued by an Islamic insurgency stemming from separatist wars. Dzhokhar Tsarnaev's page on the Russian social networking site Vkontakte says he attended Cambridge Rindge and Latin School, graduating in 2011, the year he won the scholarship, which was celebrated with a reception at City Hall, according to a news release issued at the time.

Before moving to the United States, he attended School No. 1 in Makhachkala, the capital of Dagestan, a predominantly Muslim republic in Russia's North Caucasus that has become an epicenter of the Islamic insurgency that spilled over from Chechnya.

On the site, he describes himself as speaking Chechen as well as English and Russian. His world view is described as "Islam" and he says his personal goal is "career and money." 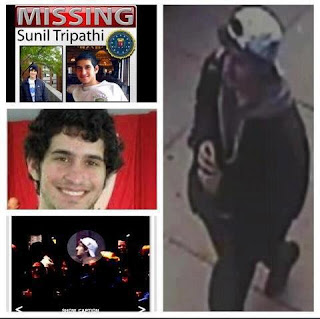 Tsarnaev appeared in the video released by authorities on Thursday, identified as Suspect Number 2, striding down a sidewalk, unnoticed by spectators who were absorbed in the race.

He followed Tamerlan by about 10 feet. He wore what appeared to be a gray hoodie under a dark jacket and pants, and a white baseball cap facing backward and pulled down haphazardly.

Tamerlan was stockier, in khaki pants, a light T-shirt, and a dark jacket. The brim of his baseball cap faced forward, and he may have been wearing sunglasses.

According to the website spotcrime.com, Tamerlan was arrested for domestic violence in July 2009, after assaulting his girlfriend. He was an amateur boxer, listed as a competitor in a National Golden Gloves competition in 2009.

(According to the Boston Globe the Tsarnaev family left the Russian Republic of Dagestan - a predominantly Muslim region on the eastern border of Chechnya - and lived for years in Kazakhastan before coming to the US as the refugees.) 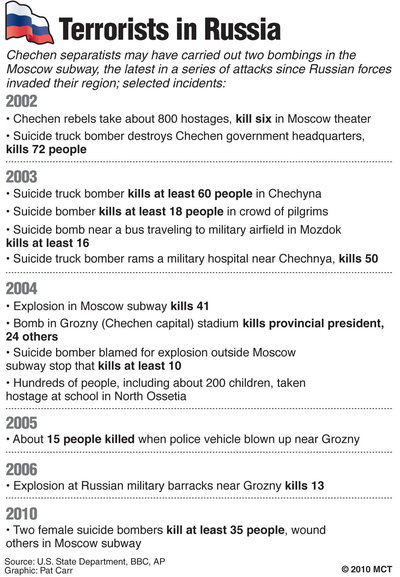