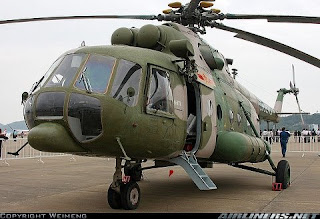 Myanmar's insurgent United Wa State Army (UWSA) has for the first time acquired an armed rotary-wing aviation capability with assistance from China: the latest move in a programme of rapid rearmament.

The UWSA controls a wide wedge of territory along the Chinese border in northeastern Shan State and is currently in a fragile ceasefire agreement with the Myanmar military, or 'Tatmadaw'.

The Mi-17s reached the Wa-administered area by flying across the Mekong River from Lao rather than direct from China, according to one ethnic minority military source, who added that five helicopters had been delivered.

A Myanmar government source confirmed that helicopters had reached the UWSA but said only two aircraft had been delivered.

According to the ethnic minority source, the Mi-17s are armed with what appear to be Chinese TY-90 short-range air-to-air missiles.
If this report is accurate, the TY-90 would provide a serious deterrent to Tatmadaw Mi-24P 'Hind' gunships recently acquired from Russia and already deployed in counter-insurgency operations against the Kachin Independence Army (KIA).

(China has already armed the armoured-wing of at least 30,000 strong UWSA - United Wa State Army - with light armoured-carriers last year and their present arming of UWSA's air-wing has the Burmese army and politicians deeply concerned about China's real motive behind the rapid arming of UWSA drug-trafficking insurgents who were former BCP's Communist forces basically established by the Chinese Communists in the 1960s.) 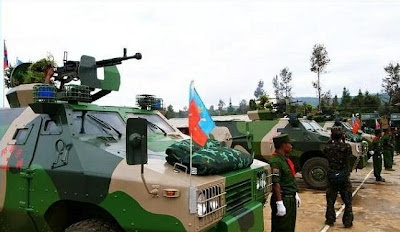 (Minister Aung Min admitting that Burma is scared of China bear which
armed BCP Communists almost 30 years till 1990 just to destablize Burma.)
Posted by Hla Oo at 8:39 AM