(Toni Johnson’s article direct from the Council on Foreign Relations on 3 Dec 2012.)

The Muslim Brotherhood (known in Arabic as al-Ikhwan al-Muslimeen) is Egypt's oldest and largest Islamist organization. As the most organized opposition group following the ouster of former President Hosni Mubarak in 2011, the Brotherhood became the country's dominant political force, winning a near majority of seats in the post-revolution parliament, and its candidate, Mohammed Morsi, winning the presidency.

Some Egyptians are concerned over the group's aim to establish a state ruled by sharia, or Islamic law, and ambiguity over its respect for human rights. Such concerns intensified after Morsi announced new sweeping powers for the presidency in late 2012 and a draft of the proposed constitution was published. The domestic political challenges also provide a difficult road for U.S.-Egypt relations, especially with regards to foreign aid.

A History of Violence

Founded in 1928 by Hasan al-Banna, the Muslim Brotherhood is widely considered the world's most influential Islamist organization, with numerous branches and affiliates. It is "the mother of all Islamist movements," says Shadi Hamid, a Middle East expert at the Brookings Institution's Doha Center.

The Brotherhood's original mission was to Islamize society through the promotion of Islamic law, values, and morals. An Islamic revivalist movement from its early days, it has combined religion, political activism, and social welfare in its work.

It adopted slogans such as "Islam is the solution" and "Jihad is our way."

It played a role in the fight against British colonial rule and was banned for a short time in 1948 for orchestrating bombings inside Egypt and allegedly assassinating Prime Minister Mahmoud al-Nuqrashi.

It then experienced a short spell of good relations with the government that came to power through a military coup, which ended British rule in 1952. But following a failed attempt to assassinate President Gamal Abdel Nasser in 1954, the group was banned again.

At that time, Sayyid Qutb, a prominent member of the Brotherhood, laid down the ideological grounds for the use of jihad, or armed struggle, against the regime in Egypt and beyond.

Qutb's writings, in particular his 1964 work Milestones, has provided the intellectual and theological underpinnings for the founders of numerous radical and militant Islamist groups, including al-Qaeda. Extremist leaders often channel Qutb to argue that governments not ruled by sharia are apostate, and therefore legitimate targets of jihad.

The Brotherhood has spawned branches across the globe. These organizations bear the Brotherhood name, but their connections to the founding group vary. In addition, some of the world's most dangerous terrorists were once Egyptian Muslim Brotherhood members, including Osama bin Laden's top deputy, Ayman al-Zawahiri.

But Ed Husain, a senior fellow at CFR, says it is wrong to make the Muslim Brotherhood "responsible for the actions of all of its intellectual offspring." Since 9/11, prominent members of the Brotherhood have renounced violence publicly and tried to distance themselves from al-Qaeda's violent practices.

The Brotherhood's foray into electoral politics has also widened the schism between it and groups like al-Qaeda. Zawahiri had been openly critical of the Brotherhood's participation in the 2005 parliamentary elections.

But like other mass social movements, Egypt's Muslim Brotherhood is hardly a monolith; it comprises hardliners, reformers, and centrists, says terrorism expert Lydia Khalil. And some hardline leaders have voiced support for al-Qaeda or use of violent jihad.

For instance, as recently as 2006, Khalil points out, a member of the Brotherhood elected to parliament, Ragib Hilal Hamida, voiced support for terrorism in the face of Western occupation.

Since the 1970s, the group has not engaged in violent activity, even though it was officially banned by the Mubarak regime. In the last three decades, the Brotherhood increased its advancement into the political mainstream through alliances with other opposition parties and through members running for parliament as independents.

Some analysts say the group has evolved to become more moderate and embrace democratic and liberal principles such as transparency and accountability. Analysts Samer Shehata and Joshua Stacher say in a 2006 Middle East Report that the group "settled on a strategy of political participation."

Brotherhood-affiliated candidates first participated in local and parliamentary elections as independents in 1984, and in 2005, its candidates won eighty-eight seats, or 20 percent of the legislature. 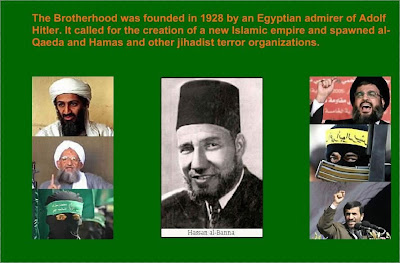 Political Challenges Since the Revolution

Following the 2011 political shakeup in Egypt, the Brotherhood emerged as a dominant political force, surpassing most other political parties in terms of organization and outreach. Its Freedom and Justice Party won 47 percent of the seats in the lower house of parliament in January 2012, and in June 2012, the Party's candidate took the presidency.

Yet these wins have been marred by a number of power struggles with the judiciary and the military. In June 2012, the country's Supreme Constitutional Court dissolved parliament, saying the rules, under which a third of the parliament candidates contested, were unconstitutional, making the entire body's makeup invalid.

The court also revoked a law that would have barred former regime officials from holding office, which allowed Mubarak's former prime minister, Ahmed Shafiq, to remain in a presidential runoff against the Brotherhood's candidate Mohammed Morsi.

By late November 2012, as the court was poised to rule on whether the upper house of parliament was valid, Morsi announced an emergency decree to exempt his decisions from judicial oversight, setting off widespread protests.

At the center of this struggle has been the effort to rewrite the country's constitution. Created before the lower house was disbanded, the Constituent Assembly is largely composed of members of the Brotherhood's Freedom and Justice Party and the Salafist al-Nour Party.

Morsi said his decreed powers were needed to protect the assembly from being disbanded by the court. But critics say the draft constitution would accord sweeping power to the president as well as weaken human rights, freedom of worship, and protections for women.

The assembly approved the draft on November 29 (AP), despite significant opposition. The next step is a countrywide referendum. The court was expected to rule by early December 2012 on whether the assembly is valid, but shelved the matter after receiving what it said was "psychological pressure" (EuroNews).

Following the 2011 revolution, the specter of the 1979 Iranian revolution loomed large for many in the West who have long feared an Islamist regime in Egypt.

CFR's Steven Cook notes how Mubarak has used the organization as his bogeyman for three decades to "stoke the fears of successive American administrations and, in turn, secure Washington's generous diplomatic, political, and financial support." Israeli leaders too, feared a replay of 1979.

Establishing an Islamic state based on sharia is at the center of the Muslim Brotherhood's ideology, both in Egypt and among the group's many offshoots abroad.

But the Brotherhood in Egypt has often said it is committed to gradual and peaceful Islamization and only with the consensus of Egypt's citizens. In recent times, some leaders have dismissed the idea of an Islamic state and expressed commitment to work with other secular and liberal parties.

However, human rights advocates and secular political opponents have raised concerns about the recently drafted constitution, which some argue is an attempt at the creation of a religious state.

"If this constitution passes, it will be the first Egyptian constitution that adopts a specific religious doctrine for the state," writes Ragab Saad of the Cairo Institute for Human Rights Studies, adding that some provisions could allow for "instituting authoritarianism in the name of religion."

At the same time, Salafis have criticized and protested against the draft for not immediately imposing sharia law. "The tensions between the Salafis and the Brotherhood have important implications for the referendum on the draft constitution and the parliamentary elections that will follow," writes Mara Revkin for Foreign Policy. Revkin adds, "It will take more than the Brotherhood's core constituency to pass the new draft constitution. Salafis and liberals will need to vote in significant numbers."

Law professor Sahar Aziz of the Texas Wesleyan University School of Law says that despite the flawed process, the drafting of the constitution has been revolutionary for Egypt, and the Brotherhood is being forced to moderate.

The current head of the Brotherhood, Mahmoud Hussein, told Turkey's Today's Zaman in September 2012 that the organization was not seeking a secular state like Turkey or a religious state like Iran. "We want a state like Egypt," said Hussein.

Implications for the United States

Since the Brotherhood's electoral wins, considerable discussion has been given to how to manage U.S. policy toward a Brotherhood-led government. Egypt remains an important strategic ally in the region on issues such as the Israeli-Palestinian peace process, as it showed after Morsi helped broker a cease-fire for the November 2012 Gaza conflict. TIME's Tony Karon says this could make the Brotherhood a possible "peace player" in the future.

Middle East expert Robert Malley told CFR in an interview that the Brotherhood's interests are "very much to maintain a working relationship with the United States, to show the United States that it can be a reliable partner when it comes to America's strategic interests, while at the same time ensuring that they can consolidate their power at home without undue interference from the outside world."

Yet other observers say Morsi's recent domestic actions, which were criticized by the U.S. State Department, have presented the Obama administration with a difficult but familiar dilemma of how much to separate Egypt's domestic politics from its regional diplomatic role.

Foreign aid to Egypt has become a contentious issue, especially following an attack on the U.S. embassy in Cairo on September 11, 2012. Some Republican leaders in the U.S. House have threatened to block $450 million in aid, the first installment of $1 billion pledged by the Obama administration to prevent a fiscal crisis.

Lawrence Haas, a senior fellow for the American Foreign Policy Council, says the United States should make clear that foreign aid to Egypt is not free, and that it seeks "a government that will promote the promise of Tahrir Square, one that allows for a strong civil society, opposition parties, independent media, and free elections that let Muslim Brotherhood-dominated parties compete for power—but does not guarantee their victory."

A November 2012 paper from the Washington Institute recommends "engagement without illusions." Authors Vin Weber and Gregory B. Craig argue that Obama should "certify to Congress that Egypt must fulfil two well-defined sets of commitments—on regional peace and on bilateral strategic cooperation—as a condition of continued U.S. aid and political backing for international loans."
Posted by Hla Oo at 9:51 AM