Suspected Boston Marathon bomber Tamerlan Tsarnaev attended a Massachusetts mosque that made a controversial deal with a Boston city agency that allowed it to buy land at a lower-than-market price in exchange for various token services to the Boston community, despite the mosque’s links to some radical anti-American figures.

His kid brother the 19-year-old Dzhokhar Tsarnaev also attended mosque at the Islamic Society of Boston (ISB) in Cambridge, Massachusetts.

The Daily Caller reported Friday that the ISB hosted at its satellite cultural center a book signing April 6 featuring British journalist Victoria Brittain, who has criticized the United States and United Kingdom for waging a “war against Islam” in its anti-terrorism efforts.

The construction of that cultural center, which opened in Roxbury, Massachusetts in 2004 near Roxbury Community College, was marked by a controversial apparent “government subsidy” from the city of Boston to the ISB.

The Boston Redevelopment Authority, which is the city’s municipal planning agency and which is comprised of mayoral appointees, conveyed the land for the ISB’s purchase in 2000 at more than $400,000.

The deal was later described in media coverage as “an apparent financial handout” and a “possible government subsidy” from the city of Boston to the ISB.

The ISB has raised concerns in the past for its ties to radical figures in the Muslim world.

Islamic cleric Yusuf Abdullah al-Qaradawi, who said in a 1995 speech that Islam would “conquer America” and “conquer Europe,” reportedly appeared on IRS forms as one of the ISB’s trustees. 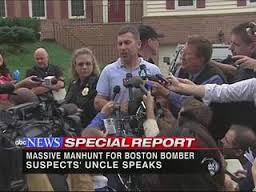 Boston Marathon bomber Tamerlan Tsarnaev was radicalized in the United States by someone who brainwashed him — and roped his younger sibling into the despicable plot that killed three and injured more than 180, a relative charged.

Ruslan Tsarni, an uncle of the two Chechen brothers who planned and executed the worst US terror attack since 9/11, said Tamerlan, 26, had fallen under the thrall of a religious leader while living in Cambridge, Mass.

Tamerlan — killed in a gunfight with cops early Friday — took the “path of God” after losing hope because he didn’t have “any point in life,” the uncle said, recalling a 2009 conversation. Tsarni, a lawyer, warned Tamerlan that he was “giving up on everything, struggling with your own shadow.”

Worried, he called a mutual friend, who said his nephew was under the sway of a religious leader. “He had been sort of brainwashing him,” Tsarni told the Sunday Times of London. “So these youngsters who do not sometimes manage their minor personal matters all of a sudden become a good catch.”

The uncle, who had called his nephews “losers” during a fiery Friday press conference outside his Maryland home, speculated that Tamerlan’s younger brother, Dzhokhar, 19, was manipulated into the bombing plot. “[He’s] just a victim of his brother . . . his older brother pulled him into it,” Tsarni said. “Dzhokhar is just a kid who wanted to have older brother to look up at. Except for being a murderer, he’s been a loving brother.”

“That so-called radicalization was seeded right here, not in the Caucasus, not in Russia, not in Chechnya, which he has nothing to do with,” Tsarni said.

Tamerlan’s extremist views caught the attention of Russian security officials, who in 2011 asked the FBI to question him and his family in advance of his trip to Chechnya and Dagestan last year. The FBI never came up with anything that prevented Tamerlan from making the trip.

His views were extreme enough to anger some in his family. Ruslan Tsarni has been critical of his nephews as law enforcement searched for them following Monday's Boston Marathon bombings. Who nudged Tamerlan into his radicalism is unclear. He and his younger brother sometimes visited The Islamic Society of Boston, near their Cambridge home.

(The Americans for Peace and Tolerance wrote this - The Boston terrorist murderers were radicalised at the ISB mosque in Cambridge. Americans for Peace and Tolerance has been warning about this radical mosque and the indoctrination that has been going on for years. Shame on those Boston civic leaders who didn’t listen, who attacked us, and who defended the ISB. You know who you are and the victims’ blood is on your hand too. We will hold you accountable.) 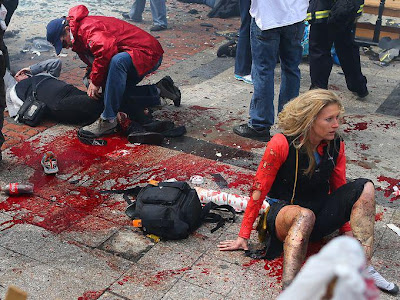 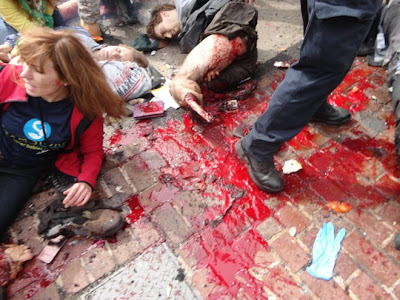