Burmese Slaughtered By Bengali-Muslims In Malaysia 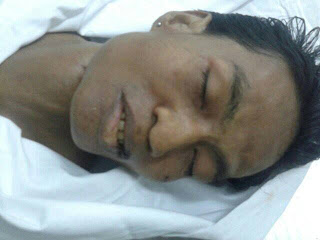 KUALA LUMPUR - A Myanmar man in his 20s was found dead in an alleyway behind a car wash centre in Kampung Baru Ampang, the New Straits Times reported on Tuesday. Checks revealed that the victim had been attacked by a group of men armed with parang on Sunday night, it said.

The victim and seven other Myanmar nationals had been sleeping in a room at the car wash centre, when the group broke in. The victim tried to run from the assailants, but they caught up with him and slashed him repeatedly, the report said.

Ampang Jaya deputy police chief Superintendent Md Nazri Zawawi said the the victim had been slashed on the back, neck and ribs. Two of the victim's roommates also suffered injuries. 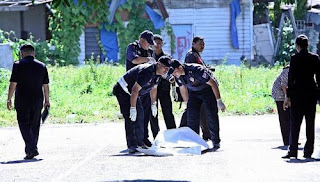 In the photo Malaysian police were checking the body of a Myanmar worker who was slashed to death in Kuala Lumpur on June 3, 2013.

Ethnic violence in Myanmar between Muslims and Buddhists appears to have spilled over into Malaysia, police said on Wednesday, June 5, 2013, with four killings in recent days suspected to be linked to the religious tension.

KUALA LUMPUR (REUTERS) - Ethnic violence in Myanmar between Muslims and Buddhists appears to have spilled over into Malaysia, police said on Wednesday, with four killings in recent days suspected to be linked to the religious tension.

All the victims, including a man slashed to death by machete-wielding attackers at a car wash in the capital, Kuala Lumpur, this week, were Buddhists from Myanmar, said the city's deputy police chief Amar Singh Ishar Singh.

Mr Singh said the police had set up a special task force to deal with the violence in Kuala Lumpur and had arrested about 60 Myanmar immigrants this week in an attempt to control tensions.

Yesterday Burmese Foreign Ministry summoned the Malaysian Ambassador to Naypyidaw and issued an ultimatum reminding him that Malaysian government is responsible to protect the Burmese citizens working and residing in Malaysia. 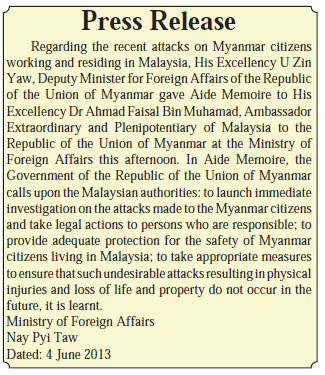 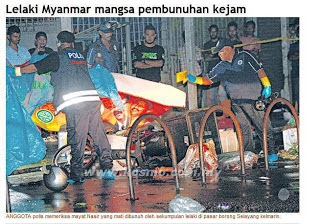