Let ASSK Be President in 2015 Or Else: Janelle Saffin

(Compilation of translated-posts from various Burmese blogs this week.) 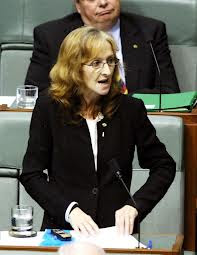 Australian Labor MP Janelle Saffin, the Chairman of Australia-Myanmar Parliamentary Committee, told the Voice Journal in her interview that the Australian Government will withdraw all Australian aids to Burma if Burma does not amend the Section-59(F) of Burma’s 2008 Constitution well before the coming 2015 General Elections in Burma.

Apparently that Constitutional Act’s Section-59(F) is basically blocking Aung San Suu Kyi from ever becoming the president of Myanmar, and thus the chief-meddler-in-Burmese-politics and Australian Socialist politician Janelle Saffin is issuing her ultimatum to Burma. Let ASSK be the Socialist president of Burma or we’ll stop giving Burma money, period.

So my question is what exactly is Section-59(F) of Burma’s 2008 Constitution?

59. Qualifications of the President and Vice-Presidents are as follows:

Clearly Daw Aung San Suu Kyi the present Chairman of NLD (National League for Democracy) is not qualified to be a presidential candidate according to the 2008 Constitution’s Section-59(F) as she has two British-born and British-citizen sons. She doesn’t need to worry about the foreign spouse clause as her British husband passed away many years ago. 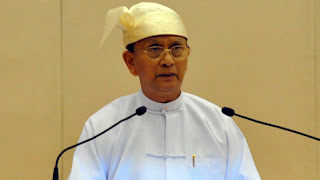 Ms. Janelle Saffin, the self-appointed expert on Burma’s Constitutions, even added that President U Thein Sein could use his constitutional power and submit a constitutional amendment to Burma’s Union Parliament to pass.

But our president U Thein Sein has been repeatedly saying that ASSK could become president had people of Burma wanted her as their president, after referring the Section-436(a) of the 2008 Constitution.

436. (a) If it is necessary to amend the provisions of -----------, Sections 59 and 60 in Chapter III, --------------, it shall be amended with the prior approval of more than seventy-five percent of all the representatives of the Pyidaungsu Hluttaw (Union Parliament), after which in a nation-wide referendum only with the votes of more than half of those who are eligible to vote.

As our 2008 Constitution clearly stated – thanks God for former Senior-General Than Shwe’s visions and great wisdom – there are two obvious hurdles on the way for ASSK to become the president of Burma.

She first needs at least seventy-five percent of all Union MPs on her side, and then more than fifty percent of the people of Burma to support her in the referendum. She definitely cannot count on the twenty-five percent block of serving-officer MPs from the military.

ASSK's dream of becoming the president in 2015 is totally impossible in current racially-heated and religiously-supercharged political environment in Burma. Previously overwhelming support for her NLD nationwide is now being rapidly eroded by the popular 969  Buddhist-nationalist mass movement tacitly supported by Thein Sein's Government and the Army mainly for that purpose. 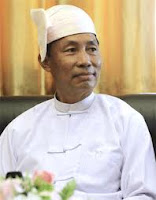 Making the matter worse for our ASSK U Thein Sein the popular-incumbent President of Burma and U Shwe Mann the popular-incumbent Speaker of Union Parliament have both declared to contest for the 2015 presidency. Thus the ASSK’s chance of becoming the president in 2015 is getting smaller and smaller towards almost impossible.

Thus the ultimatum from Janelle Saffin to Burma “Let ASSK be the president in 2015 or we will withdraw the Australian aid” even though she doesn’t even have that authority and political power to decide which country gets how much of Australian aid money.